Kansas City Chiefs defensive back L’Jarius Sneed was not involved in the shooting in Louisiana, his agent clarified on Friday afternoon.

Sneed’s car was repeatedly shot at, but police stated that he was not inside at the time of the incident, thankfully.

The 25-year-old’s agent put out a statement regarding the shooting on social media:

“A random and unnecessary act of violence occurred when Mr. Sneed was visiting his home town. No one was injured, but gunshots damaged his vehicle. He was briefly questioned and released without incident. There is a $5,000 reward for information that leads to the arrest and conviction of the people or peoples responsible for the act. Please contact the Minden City Police Department Detective Division with your information.”

Sources told TMZ Sports that while Sneed was not driving the car, two of his friends were at the time. The shooting, at least for now, appears to be random.

Sneed later showed up at the scene of the crime and was questioned by police, as is normal procedure given the vehicle is listed to him. The 25-year-old was not arrested, and cooperated with police to the fullest extent.

The Chiefs have yet to comment on the situation. 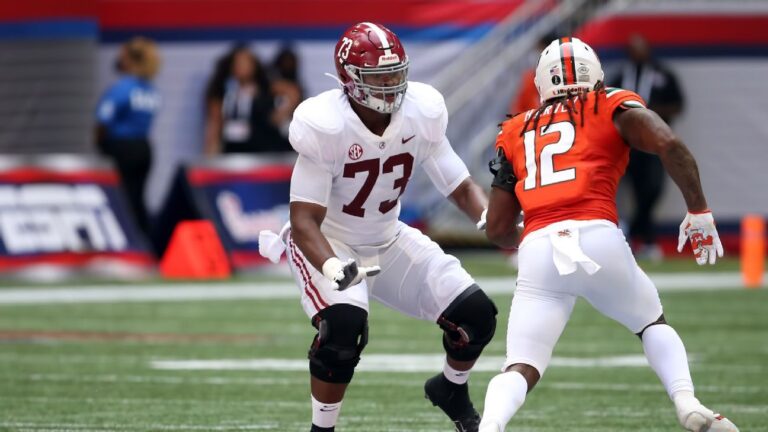 EAST RUTHERFORD, N.J. — The joke about the New York Giants being in [checks notebook] Year 10 of their offensive line rebuild is no longer funny. It is downright scary. The Giants have been trying for a decade to get their offensive line back in order after it disintegrated following…

Where will Tom Brady play next year if he decides to run it back for another season? This season ended in an ugly fashion for Tom Brady and the Tampa Bay Buccaneers. Losing to the Dallas Cowboys on Monday night, in the first round of the NFL Playoffs, Brady heads…