INGLEWOOD, CALIFORNIA – SEPTEMBER 18: Cooper Kupp #10 of the Los Angeles Rams makes a catch in the third quarter of the game against the Atlanta Falcons at SoFi Stadium on September 18, 2022, in Inglewood, California. (Photo by John McCoy/Getty Images)

The Cincinnati Bengals and Buffalo Bills are among the NFL teams that should be on upset alert entering Week 3 of the season.

Each week in the NFL season is filled with its own storylines, and the main takeaway from Week 2 was the epic collapse. Three huge collapses — or epic comebacks, from a certain point of view — defined the week in a league that has a few clear top dogs and a lot of chaos in the middle class.

Avoiding upsets is a hard job in this version of the NFL, a lesson that the Baltimore Ravens and Indianapolis Colts learned the hard way in Week 2. Let’s take a look at three teams that should be on upset alert in Week 3, beginning with the defending Super Bowl champions.

3 Teams That Should Be On Upset Alert In Week 3

There certainly appears to be some kind of Super Bowl hangover for the Rams, who have looked very sloppy over the first two weeks of the season. The Buffalo Bills blew them out in Week 1, and it looked like the Rams were well on their way to a resounding victory over the lowly Atlanta Falcons in Week 2 before things got wacky.

Atlanta cut a 31-10 fourth-quarter deficit to 31-25 and was driving with the football before a late pick helped seal the Rams’ win. Los Angeles may be able to get away with a sloppy effort against a bad team at home, but they will need to step up their game going forward.

Week 3 sees the Rams hit the road for their first divisional matchup as 3.5-point favorites against the Arizona Cardinals, who pulled off a huge comeback on the road to stun the Las Vegas Raiders in Week 2. Winning road divisional games isn’t easy, and the Cardinals will be highly motivated to get revenge on the Rams for last year’s playoff defeat, making this a dangerous game for Los Angeles if they continue their sluggish play to start the season.

Former Baltimore Ravens and New York Jets linebacker Bart Scott revealed that it was harder to face Peyton Manning than Tom Brady. This century, one of the greatest quarterback battles that NFL fans got to witness was between Peyton Manning and Tom Brady. Whether it was in the regular season… 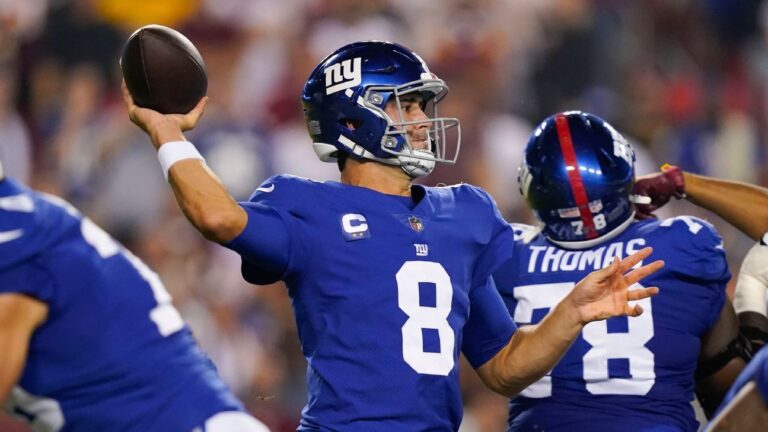 PALM BEACH, Fla. — The New York Giants aren’t messing around with their quarterback situation. The new regime has made the pecking order abundantly clear: Daniel Jones is the starter and Tyrod Taylor is the backup. No quibbling over semantics. No saying the QBs will compete or that everyone has… 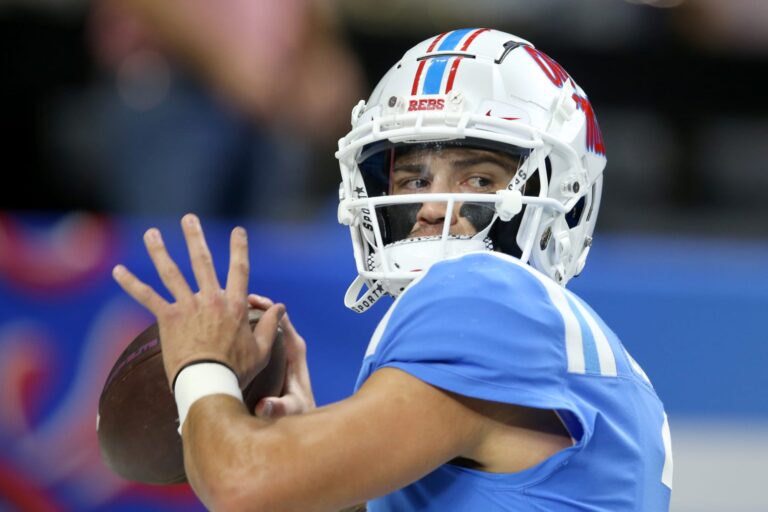 Matt Corral was the most surprised person in the room when he learned of his 15 score on the Wonderlic test. Matt Corral thought he might have actually aced the Wonderlic Test. He certainly did not expect to have the lowest reported score of any of the quarterbacks in the…

DETROIT, MICHIGAN – JANUARY 09: The NFL logo is pictured during the game between the Detroit Lions and Green Bay Packers at Ford Field on January 09, 2022 in Detroit, Michigan. (Photo by Nic Antaya/Getty Images) Malia Ward isn’t afraid to savage the competition by Stephanie Conway NFL schedule leaks…