Cruel Summer season two will be no vacation.

On Jan. 11, Freeform released the first image of the second season’s cast—Sadie Stanley, Lexi Underwood, Griffin Gluck, KaDee Strickland, Lisa Yamada and Sean Blakemore—posed around a picnic table in front of a misty lake and forest.

Captioned “The truth eventually comes to the surface,” the photo gives an ominous tease about where things are headed in season two, which will be set in a waterfront town in the Pacific Northwest.

“The next chapter of Cruel Summer follows the rise and fall of an intense teenage friendship,” according to the network. “Approaching the story from three different timelines surrounding Y2K, the season twists and turns as it tracks the early friendship between Megan (Stanley), Isabella (Underwood) and Megan’s best friend Luke (Gluck), the love triangle that blossomed, and the mystery that would impact all of their lives going forward.”

Megan is described by the network as “a computer coder and honor student from a blue-collar family” who meets Isabella, “a daughter of foreign diplomats,” when she spends a year as an exchange student with Megan’s family.

“I’m sure you are all so sick of hearing this, but you still see commentary, which I think is ridiculous,” journalist Elizabeth Wagmeister said, “when people say, ‘The Kardashians, they’re famous for being famous.’” Kris noted that the “perception” has changed “a lot” over the last few years.  Kim also addressed the…

“Olivia has been a symbol of triumphs and hope for over 30 years sharing her journey with breast cancer,” he wrote. “Her healing inspiration and pioneering experience with plant medicine continues with the Olivia Newton-John Foundation Fund, dedicated to researching plant medicine and cancer.” In the wake of Newton-John’s death,…

Season 31 of Dancing With the Stars is bigger and better than ever.  The newest season of the hit reality competition is premiering Sept. 19—but not on its longtime ABC home. Instead, the show will air on Disney+ as the first-ever live reality show on the streamer, a move that hosts Tyra…

North West‘s birthday plans have gone anything but south. Celebrating her big day with an anime-themed party on June 12, Kim Kardashian and Kanye West‘s daughter officially turned 9 years old on June 15. While not everyone was in attendance at her weekend festivities, the Kardashian-Jenner family wasted no time… 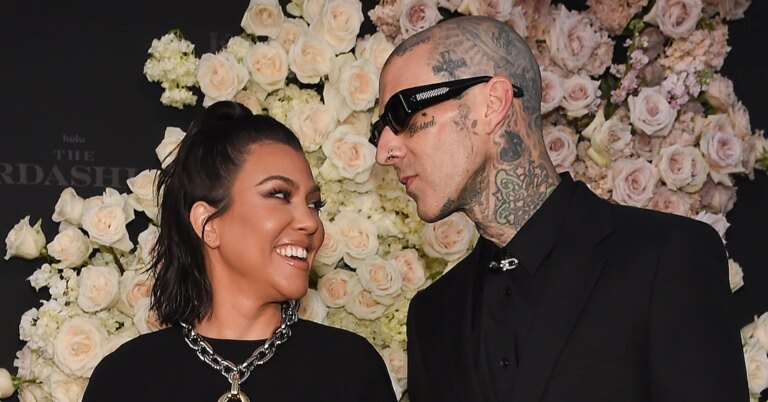 Travis Barker does not miss a beat!   The Blink-182 rocker took to the comments of his latest Instagram post to shut down an Internet troll that had made a jab him and his fiancée, Kourtney Kardashian, by mocking the couple’s frequent public displays of affection online.   “No Kardashian finger up the a-s,…