The Easter holiday is a period for rebirth and renewal — and also an opportunity for “Saturday Night Live” to pack as many celebrity impersonations as possible into a single sketch.

This weekend’s “S.N.L.,” which featured Lizzo as its host and musical guest, opened with its cast members performing a grab-bag of impressions, starting with Bowen Yang as the Easter bunny.

He explained that although he may not be the most popular holiday mascot, “I am the freakiest: a man-sized bunny with no back story.”

Yang added that, unlike Santa Claus, “I don’t use enslaved elves to make my Easter baskets. I get them on Etsy. Because I support women.”

Yang was followed by Kate McKinnon, in her recurring role as Dr. Anthony S. Fauci. “Trust me, I’m not here to give you any more Covid guidance,” McKinnon said. “I’m not stupid enough to think you’re actually going to follow it. All I’ll say is that Covid cases are a lot like Jesus: They’ve risen again.”

Cecily Strong played Representative Marjorie Taylor Greene of Georgia, who said she had been aggressively wishing a happy Easter to her Jewish and Muslim colleagues. Chris Redd played Mayor Eric Adams of New York, who shared some good news with the audience:

“We got him: We got the shooter,” Redd said, a reference to the man accused of opening fire in a subway car in Brooklyn on Tuesday. “Sure, it took 30 hours, and the suspect turned himself in, but we got him. Case closed. Subway’s fixed. Ride without fear.”

Mikey Day appeared as the billionaire entrepreneur Elon Musk and announced that he planned to buy Easter. “I am offering 43 billion Peeps,” he said. After some stilted laughter, Day added: “That was a joke. Ha ha ha. Do you get it? That’s why, afterwards, I say, ‘That was a joke.’”

Chloe Fineman portrayed Britney Spears, who was celebrating her recent release from a yearslong conservatorship. “Don’t worry; I’m finally free, and I’m having a baby,” she said. “I just pray my baby is born happy, healthy and with the power of attorney.

Next, Kyle Mooney appeared in long hair and a beard, identifying himself as Jesus Christ. “Just kidding — I’m Jared Leto,” he said. He added that his Easter message this year was to encourage positivity. “So if you go to see my new movie, ‘Morbius,’ please don’t review it,” he said.

Just as Yang appeared to be wrapping up the sketch, he was interrupted by James Austin Johnson, playing former President Donald J. Trump. Johnson, as Trump, complained that his omission was “another example of how whites are being treated horribly in this country.”

He went on to give a rambling, discursive monologue about Cap’n Crunch, Seabiscuit and Little Caesar (whom Johnson claimed he taught to say, “Pizza, pizza”). He then marked the holiday by observing: “I’ve told America Covid would be over by Easter. I just didn’t say which one.”

Nostalgia plays of the week

This was the week that “S.N.L.” realized it had the ideal distribution of cast members to play the members of the Black Eyed Peas for a sketch in which two producers in 2008 (played by Lizzo and Aidy Bryant) help the bandmates (Kenan Thompson, Strong, Redd and Yang) spin their none-too-complex insights and emotions into hit singles like “Boom Boom Pow” and “I Gotta Feeling.”

And if that sketch wasn’t enough to satisfy your desire to be transported back to a more innocent time of, like, 13 or 14 years ago, there was also this segment in which several performers played Mr. Six, the inexplicably spry former mascot of Six Flags theme parks.

Lizzo performances of the week

Lizzo was pretty successful, too, when it was time to be a legitimate, non-comedic musician: Her performance of her new song “About Damn Time” is probably the first time we’ve seen the “S.N.L.” audience go nuts for a flute solo.

Weekend Update jokes of the week

Over at the Weekend Update desk, the anchors Colin Jost and Michael Che riffed on President Biden’s political woes and Elon Musk’s offer to buy Twitter.

A new poll shows that President Biden’s approval rating has fallen to an all-time low of 33 percent. For a perspective, that’s less the half the approval rating of “Sonic the Hedgehog 2.” “Sonic 2” features the characters Tails and Knuckles, which are also the names of two gang members Joe Biden claims he fought in the 1960s. A video has also gone viral of President Biden finishing a speech in North Carolina, then apparently turning to shake hands with an invisible person. Hey, her name is Kamala.

President Biden, seen here trying to remember where he left his mask, announced new federal regulations for ghost guns. I mean, look, I don’t like the idea of people having ghost guns, either. But if there’s something strange in your neighborhood, who ya gonna call? [His screen showed the cast of “Ghostbusters.”] Elon Musk offered to buy Twitter for over $40 billion so he can loosen its free speech rules. That’s how badly white guys want to use the N-word.

Jost added to this thread:

Honestly, I don’t understand why Elon even wants to own Twitter. It used to be something that seemed important and even fun, and now you look at it and it’s confusing and depressing. It’s the Giuliani of apps. And come on, Elon built electric cars, he’s going to Mars. Why is he even involving himself with Twitter? It would be like if the prince of England gave it all up just to marry an actor from “Suits.” Plus, I’ve got to say, Twitter’s not even profitable anymore. It just feels like a bad business decision. And I say that as someone who bought a Staten Island Ferry with Pete. 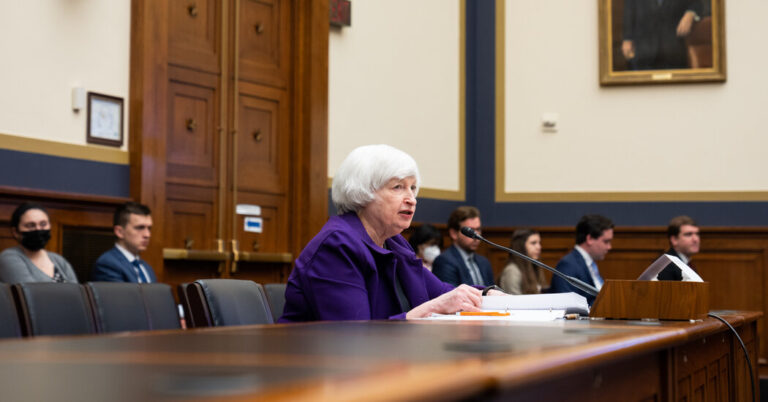 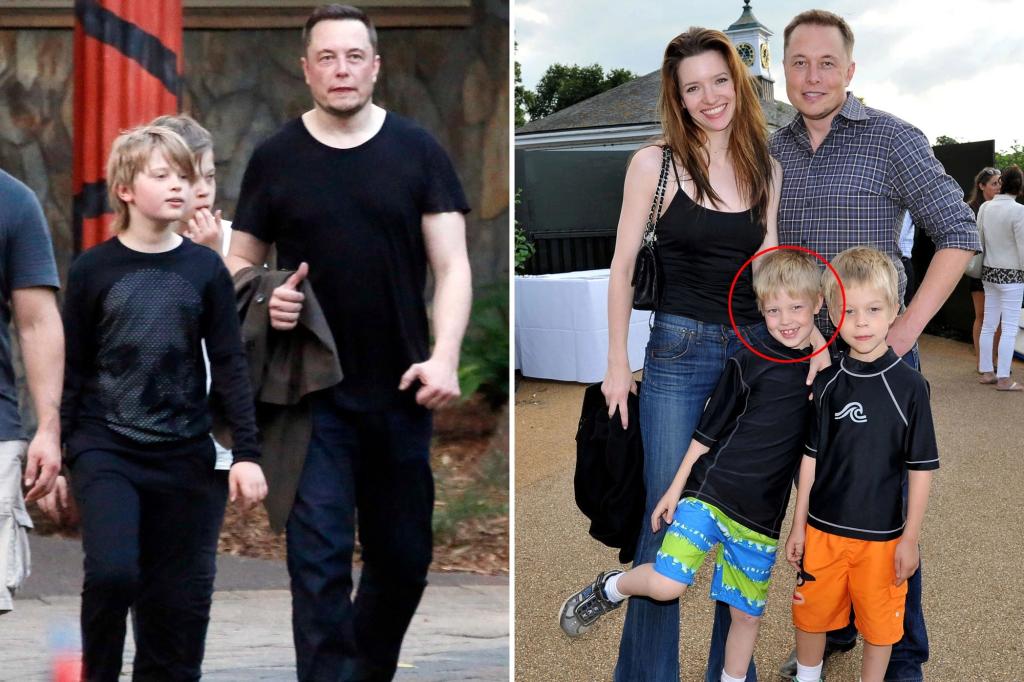 Elon Musk said that “neo-Marxists” who have taken over elite schools and liberal universities are to blame for the fact that his 18-year-old daughter wants nothing to do with her uber-wealthy dad. “It’s full-on communism . . . and a general sentiment that if you’re rich, you’re evil,” Musk told the Financial Times on… 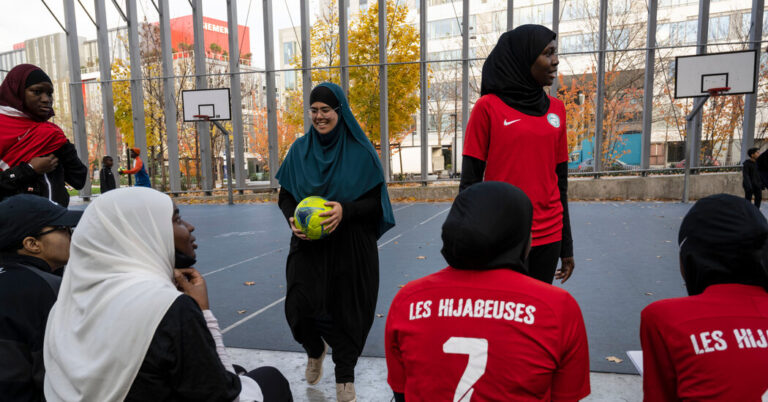 SARCELLES, France — Every time Mama Diakité heads to a soccer game, her stomach is in knots. It happened again on a recent Saturday afternoon in Sarcelles, a northern suburb of Paris. Her amateur team had come to face the local club, and Diakité, a 23-year-old Muslim midfielder, feared she…

PARIS — A logjam of fans that led to a 35-minute delay of the start of Saturday’s Champions League final between Real Madrid and Liverpool was caused by people attempting to use “fake tickets” to enter the match, the tournament’s organizer said. The problems with crowd control and access saw… 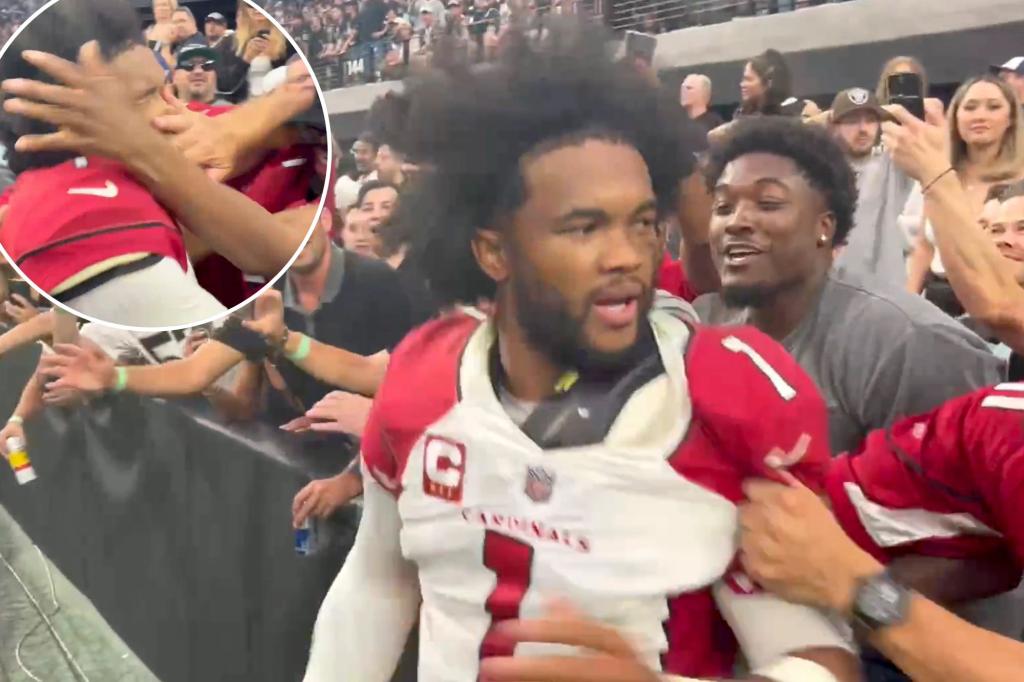 Police are investigating an incident in which Kyler Murray got smacked in the face. After the Cardinals stunningly came from behind to beat the Raiders in overtime at Allegiant Stadium in Las Vegas on Sunday, the team was reveling on the field. Murray went and gave high fives to Cardinals…