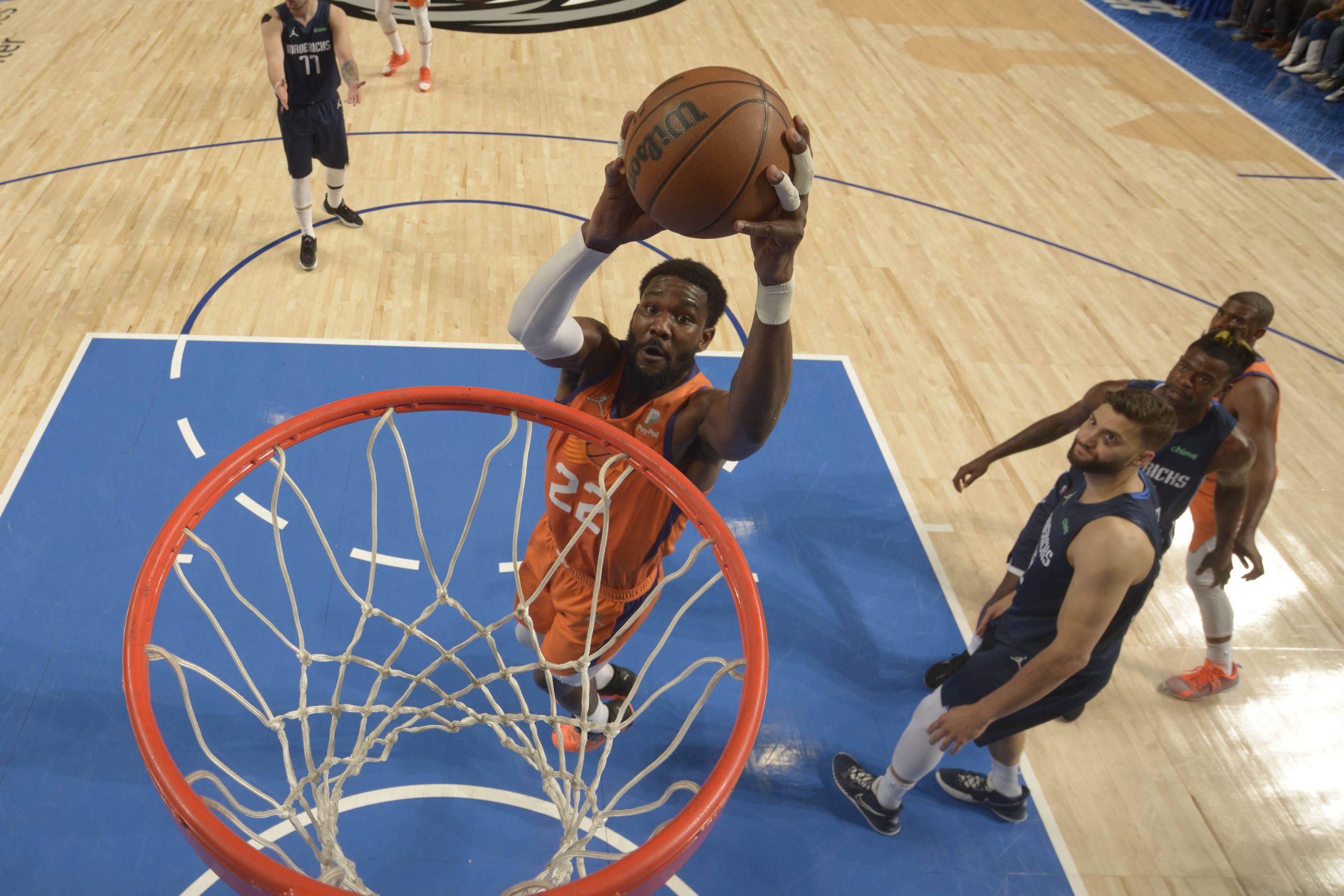 Deandre Ayton’s impending restrictive free agency has been attracting a lot of speculation around the NBA following the Phoenix Suns’ upset loss to the Dallas Mavericks in the second round of the NBA playoffs.

During Early Bird negotiations last offseason, Ayton and his representatives attempted to negotiate a five-year $170 million extension. Phoenix and Ayton ultimately could not agree to a deal, leaving Ayton “disappointed.” Phoenix reportedly tried to gauge Ayton’s trade value per Jake Fischer, including a deal centered around Domantas Sabonis.

This offseason, three teams, Atlanta, Detroit, and Portland, have reportedly expressed interest in acquiring Ayton in the open market. Charlotte is also amongst the reported Ayton suitors as well as San Antonio. The Spurs have a similar problem on their hands while they weigh what they want to do with their frontcourt as Jakob Poetl’s contract ends in 2023.

The dynamic around the Suns and Ayton has been shifting recently. Ayton was benched for the entire fourth quarter of the Suns’ Game 7 blowout loss to the Mavericks. When Coach Monty Williams was asked about the benching, he replied: “It’s internal.” Williams was noncommital to Ayton during his exit interview with reporters too, revealing that he and Ayton haven’t spoken since Game 7.

“The Deandre situation is something we’ll deal with this summer,” Ayton said.

Fischer reports that some among the League believe that the Phoenix front office doesn’t view Ayton, or any center, as a player worth a deal greater than $30 million annually. On the coaching end, Fischer reports that Ayton is not a favorite of Williams, particularly of Ayton’s apparent waning focus. During the 2018 NBA Draft process, there were question marks about Ayton’s motor and work ethic.

Four seasons into his career, Ayton has seemingly answered those questions, averaging a career of 16.3 points and 10.5 rebounds per game.

If Phoenix adds a massive Ayton extension to their already expensive payroll, it will make it much more challenging to re-sign Cam Johnson, who is also due for an extension. According to Fischer, should Phoenix decide to let Ayton walk away, they could engineer a sign-and-trade for a frontcourt replacement. They could also choose to re-sign JaVale McGee or Bismack Biyombo in hopes the two vets can fill the center position by committee. 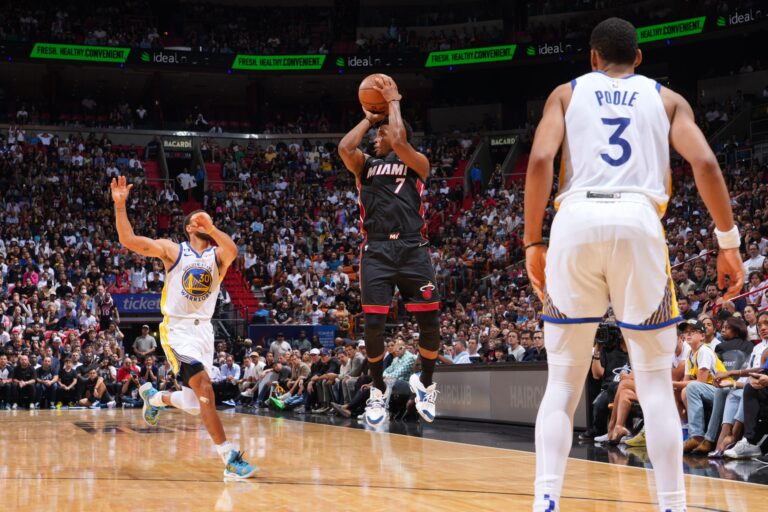 The Miami Heat seem to be figuring it out after their slow 1-3 start to the new NBA season. Even though the team is 3-5 in their first eight games, there is still a ton of optimism surrounding this Heat team because it’s still so early and no team in… 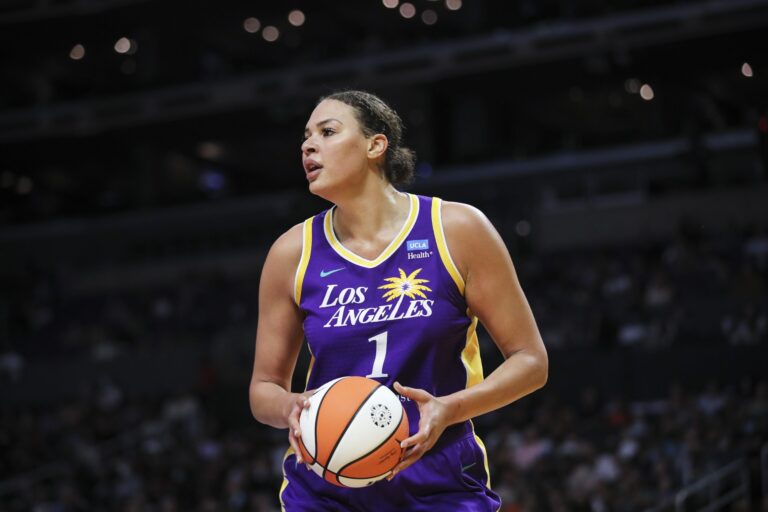 Liz Cambage’s playing days with the Los Angeles Sparks are over after the two parties agreed to a “contract divorce” on Tuesday. Khristina Williams of Girls Talk Sports TV and Mike Robinson of The Ball Out reported that Cambage intended to leave the organization on Tuesday before the Sparks confirmed… 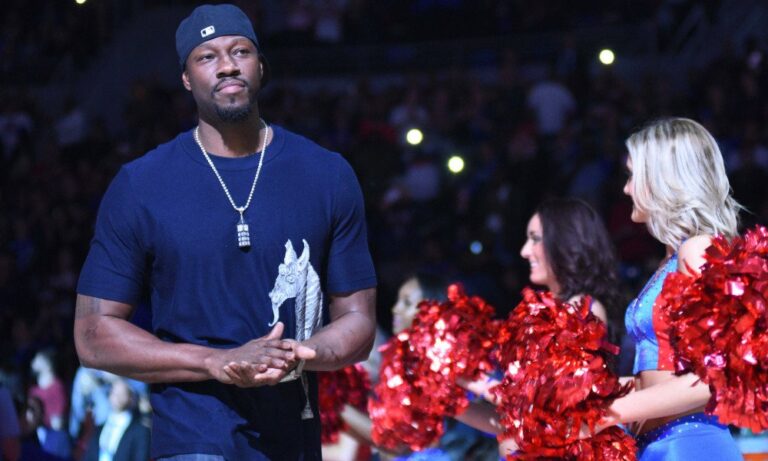 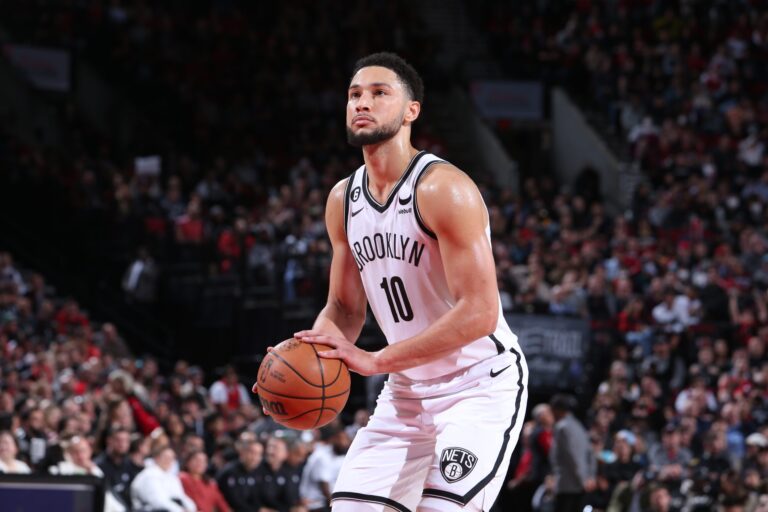 Ben Simmons had a vintage performance that helped Brooklyn pick up a 109-107 win over the Portland Trail Blazers on Thursday. The former No. 1 overall pick out of LSU nearly dropped a triple-double after scoring 15 points, grabbing 13 rebounds, and passing seven assists in 32 minutes of action…. 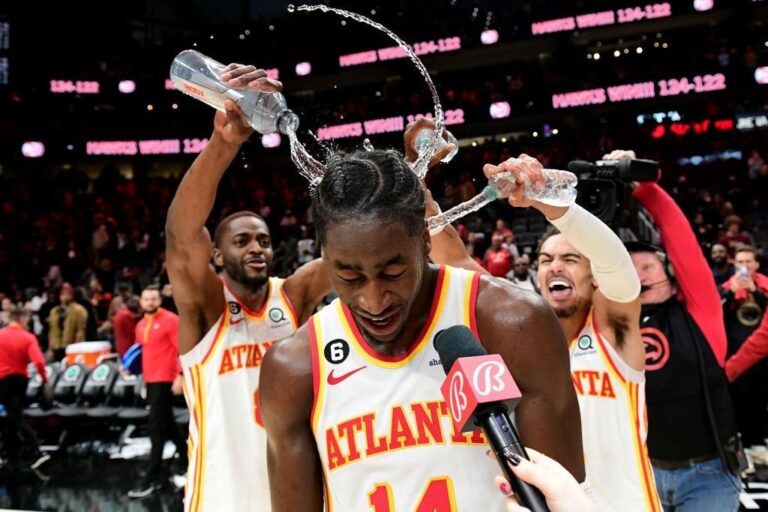 Photo: Adam Hagy/Getty Images Atlanta Hawks head coach Nate McMillan talked about rookie AJ Griffin’s poise following his game winning layup in overtime against the Toronto Raptors on Saturday. (via The 3 Point Conversion): “Throughout the whole game, I thought he came in and gave us a lift. He was… 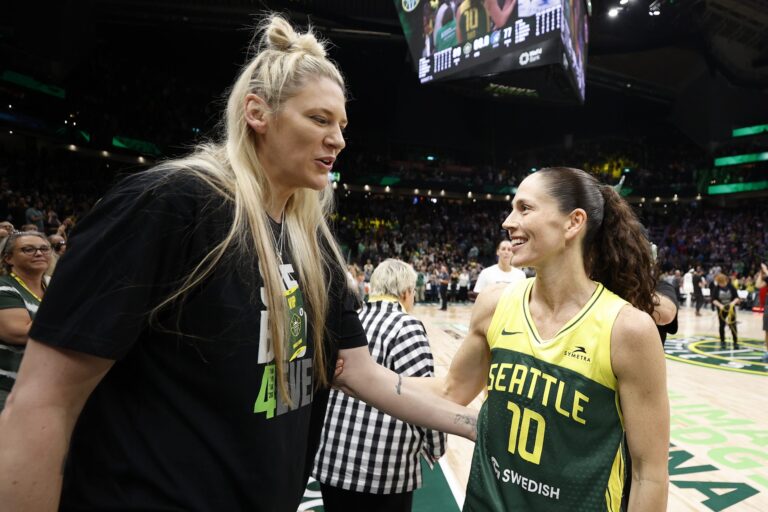 A sold-out Climate Pledge Arena on a Wednesday night and a win over the Minnesota Lynx 89-77 could only call for three GOATS to grace the arena. Brenna Stewart and Sue Bird had a phenomenal night, with Hall of Famer Lauren Jackson watching them courtside. Our good luck charm 💚@laurenej15…