The Green Bay Packers would trade Aaron Rodgers for the right package, per Peter King, but that asking price is high.

Aaron Rodgers is 39 years old, but his contract suggests he won’t walk away from nearly $60 million guaranteed, despite what the future Hall of Famer said after walking off the field in Week 18.

Rodgers and his teammates were deflated. They had just lost to the Detroit Lions — of all teams — and missed a chance to make the NFL Playoffs.

No. 12 came alive late in the season, and found a solid pairing with young receiver Christian Watson. It’s enough for the Packers to remain optimistic in 2023 if Rodgers were to remain their quarterback.

However, there’s also the question of Jordan Love, the QB they selected in the first round of the 2020 NFL Draft to be the heir apparent to Rodgers.

“Well, consider that Rodgers’ cap numbers in the next two seasons would be $48.3 million, combined. That’s certainly manageable. As for the compensation due Green Bay, my guess is the Pack would want at least two first-round picks. The Woody Johnson Jets, desperate for a star QB almost since the Broadway Joe days, would happily pay that freight, I’d guess. But would Rodgers accept a deal to the Jets? We shall see.”

King added that the Jets could hire Nathaniel Hackett as their offensive coordinator to draw Rodgers in, and meet Green Bay’s asking price. Given how much quarterbacks went for last offseason, two firsts for the 2020 and 2021 NFL MVP isn’t bad.

Rodgers still has something left to give, and the Jets are a quarterback away from being a real threat in the AFC. In similar fashion to Brett Favre before him, No. 12 could follow a similar fate.

Bills punter Matt Araiza, who gained acclaim as the so-called “Punt God” in college, has been accused of gang-raping a 17-year-old girl in 2021. **Trigger warning, please proceed with caution. This article may contain details that will be upsetting to some.** The Bills just named rookie Matt Araiza as their… 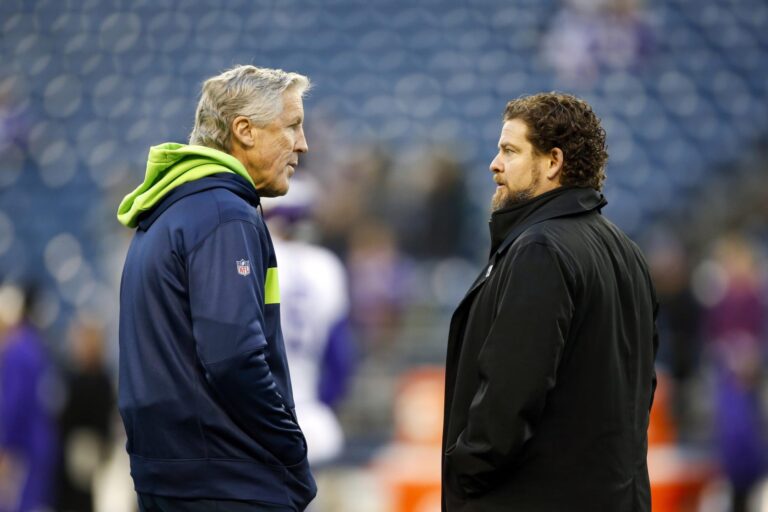 EAST RUTHERFORD, NJ – SEPTEMBER 26: Cooper Rush #10 of the Dallas Cowboys drops back to pass against the New York Giants at MetLife Stadium on September 26, 2022 in East Rutherford, New Jersey. (Photo by Cooper Neill/Getty Images) The Cowboys host Washington this week in what should be their…