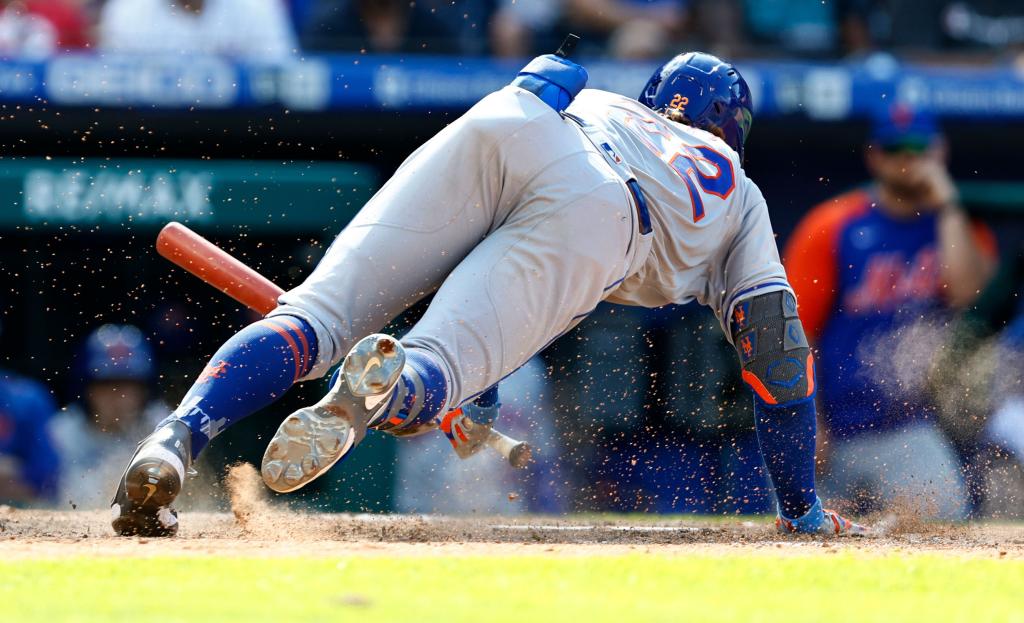 PHILADELPHIA — Brett Baty’s long Saturday included zero hits, a pair of errors and a hit by pitch that looked painful.

The Mets’ recent call-up is living his dream, but dreams sometimes have rude awakenings.

The rookie has made an immediate impact, but his fourth and fifth major league games won’t be his favorite memories after the Mets and Phillies split a day-night doubleheader Saturday at Citizens Bank Park.

In the opener, an 8-2 Mets win, the third baseman committed his first error in the major leagues in the ninth inning of a mostly finished game. Philadelphia’s Matt Vierling hit a ground ball to Baty for what could have been the game’s final out, but his throw to first pulled Pete Alonso off the bag.

In the nightcap, a 4-1 Mets loss, the Phillies had two runners on base in the sixth inning when Alec Bohm hit a chopper to Baty. The 22-year-old rushed the play — which was made more difficult by Kyle Schwarber being in the vicinity as he ran from second to third — and tried to transfer the ball too quickly from his glove to his hand. The ball popped out of his mitt, and everyone was safe.

Manager Buck Showalter said he felt no need to talk to the rookie, who is “going to be good” and who will “learn from it.” Francisco Lindor had some helpful words.

The shortstop, Baty said, told him: “Just take it slow. Know your runner and know how much time you have.”

Lindor, according to Baty, continued: “He said I have a good internal clock, I just need to focus on catching the ball first.”

The Phillies had the bases loaded, but Stephen Nogosek and Jeff McNeil ensured Baty’s second error did not matter. J.T. Realmuto hit a flare to the right side, and McNeil raced over on the outfield grass, went full extension and saved a few runs with a catch that required every inch of his 6-foot-1 stature.

Baty, who is playing because both Luis Guillorme and Eduardo Escobar are on the injured list, has been impressive, even homering Wednesday on his first major league swing. But extended time in the big leagues will expose holes, and the Mets hope their No. 2 prospect’s defense is not one of them.

The 2019 first-round pick was hit in the leg with a curveball from Philadelphia’s Nick Nelson in the opener and got a look from the trainer as he took first base.

That was Baty’s only time reaching first Saturday, when he combined to go 0-for-7 and made the final out of the nightcap. He represented the tying run, but David Robertson induced a ground ball to third base.

He acknowledged that he is still learning, “but we’re in a pennant race,” Baty said after his first two hitless games as a major leaguer. “So I gotta be better for the ballclub.” 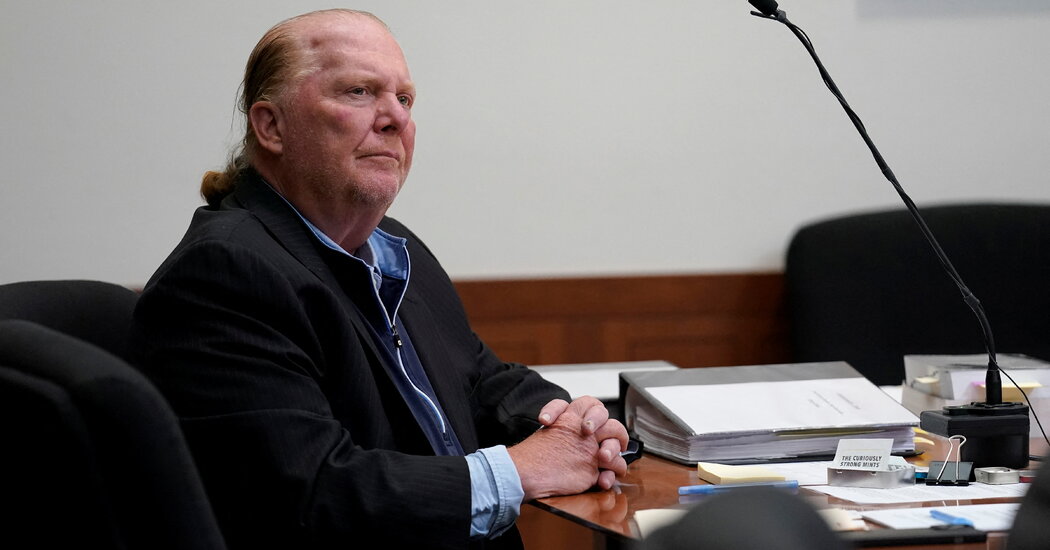 The celebrity chef Mario Batali, 61, is not guilty of indecent assault and battery, a Boston judge ruled Tuesday. Judge James Stanton delivered the verdict in Boston Municipal Court after a day and a half of trial testimony, mostly from Natali Tene, 32, who said Mr. Batali forcibly kissed her… 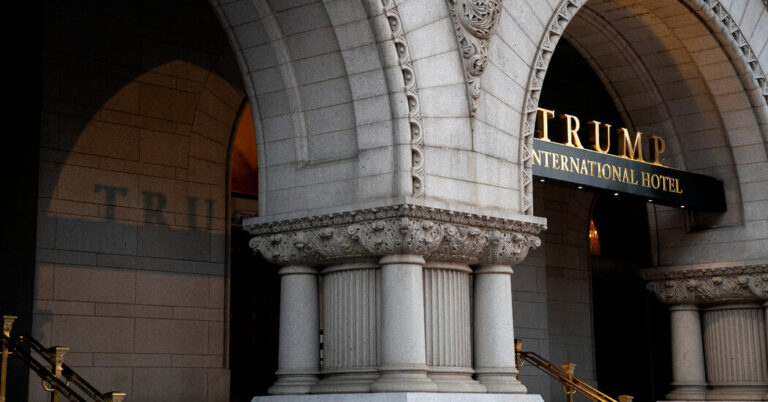 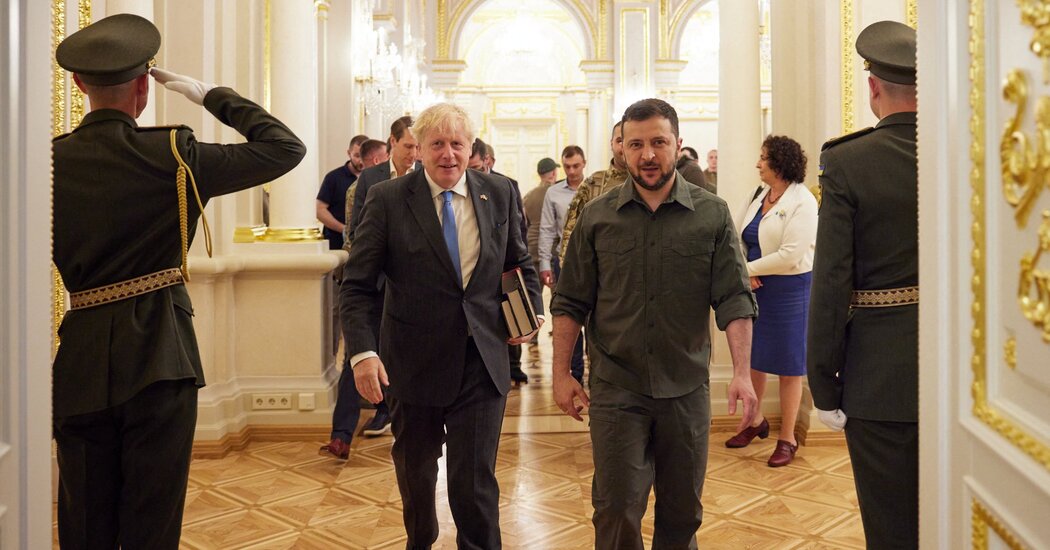 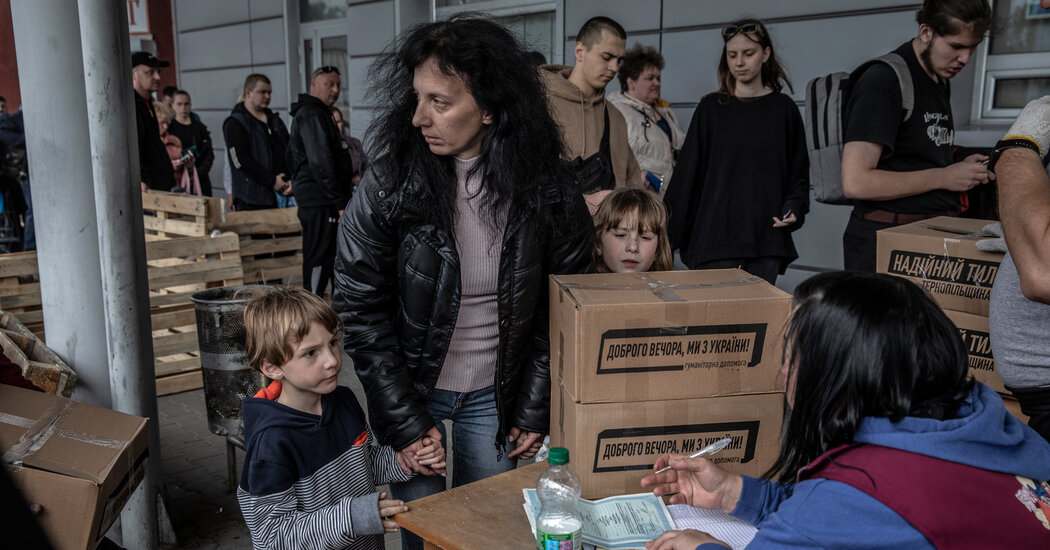 Senator Rand Paul of Kentucky on Thursday single-handedly delayed a bipartisan effort to quickly send $40 billion in aid to Ukraine, which Congress had tried to fast-track amid the escalating brutality of Russia’s war. The Senate needed unanimous consent to waive procedural hurdles and approve the humanitarian and military aid… 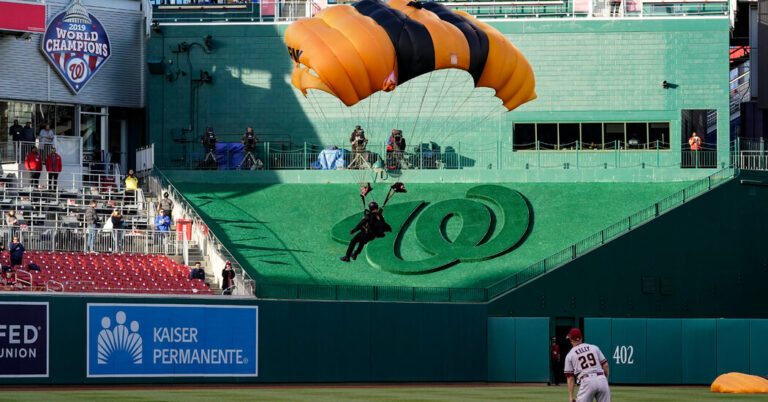 WASHINGTON — A plane carrying members of the Army’s Golden Knights parachute team was taking part in a celebration of the armed forces at Nationals Park on Wednesday evening. But it also sparked alarm and a rushed evacuation of the Capitol — and then an angry condemnation from Speaker Nancy… 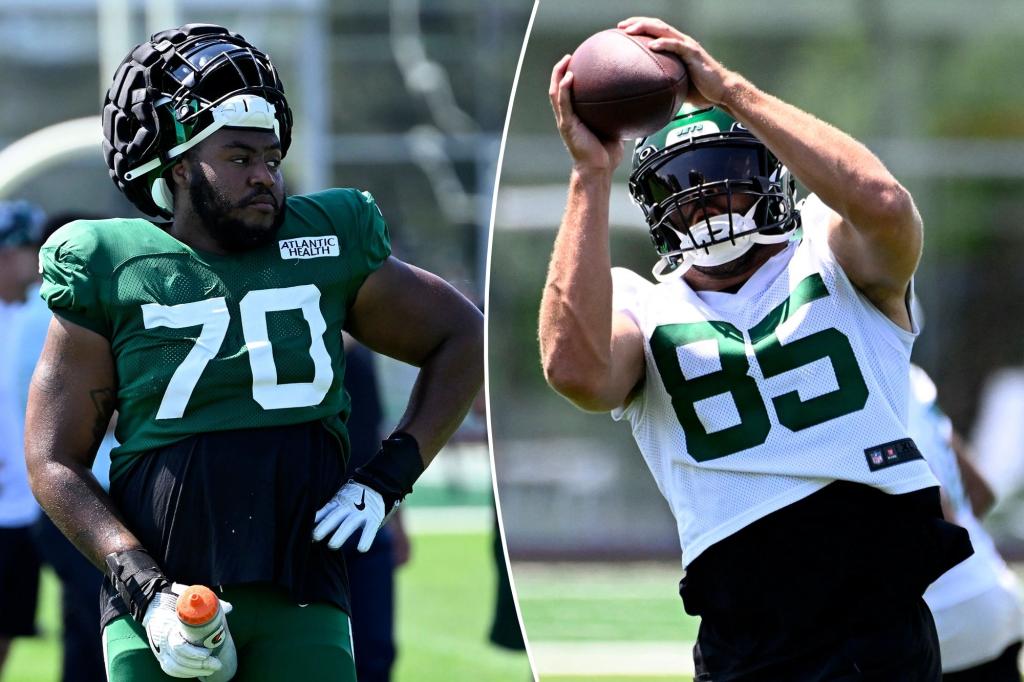 The Jets have felt good about their roster depth all summer, and apparently the rest of the NFL agrees. There were a whopping seven players waived by the Jets on Tuesday who were claimed by other teams on Wednesday. It was the most players claimed in the NFL. The Bills…