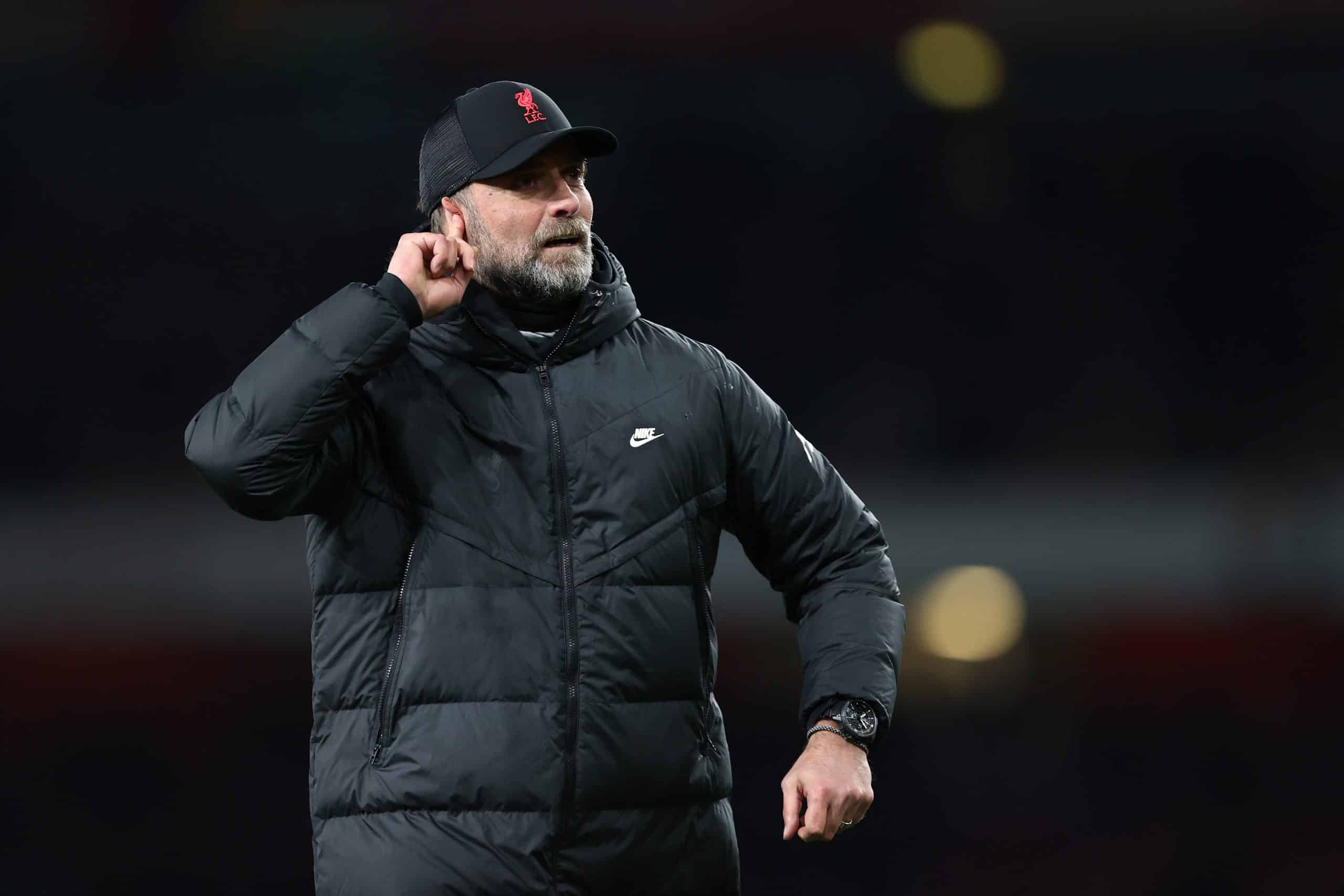 As the 2021-22 football season approaches its final weeks, one storyline more so than any other has begun to take shape; the chance for Premier League giants Liverpool to secure a historic quadruple.

Jürgen Klopp’s high-flying Reds recently played out an entertaining 3-3 draw against legendary Portuguese side SL Benfica in their midweek Champions League clash that saw Liverpool book passage into the semi-finals of Europe’s premier club competition, keeping hopes alive that the Anfield-based side could become the first English club to ever secure a ‘true’ quadruple.

The 2-2 draw against rivals Manchester City last Sunday may not have allowed Liverpool to leapfrog their Premier League title rivals, but it kept them within one point of Pep Guardiola’s table-topping City, which was more than enough to keep hopes alive that they have the chance to eventually climb ahead of the Spaniard.

🔴 Jurgen Klopp says he is relishing the heat of the battle as quadruple-chasing Liverpool prepare to face Man City for the second time in a week 👊#FACup #MCILIVhttps://t.co/98dR85vTbH

Those budding domestic rivals are set to come to grips once again this Sunday, with direct implications regarding the potential achievement that Liverpool is currently steaming towards when they meet once again, but this time, lock horns in the semi-final of the FA Cup.

It is a clash that Klopp is not only relishing but a fixture where he hopes to see improvement from his vaunted Liverpool outfit despite earning a very credible point last weekend at the Etihad.

“City were really strong last week and we were not at our best so I would like to see a game where we are at our best as well/ That would be interesting, so let’s give it a try. It has to be treated like a final, we have to. That’s how it is pretty much and that’s how we approached it already since January since we started this little mission. You have to go all-in.” note: quotes provided by BeIN Sports.

Thankfully for Liverpool, they can fall back to cup success already this season after the Reds secured a Carabao Cup win back in late February when Klopp’s men fought to a 0-0 draw against compatriot Thomas Tuchel and his Chelsea side before eventually winning 11-10 on penalties thanks to Kepa Arrizabalaga blazing his effort from the spot well over the bar.

That recent success at the first time of asking in a cup final certainly can be tapped into as the business end of three other competitions is approaching.

Beyond their weekend clash with budding rivals Man City, Liverpool has been drawn against giant-killing Villarreal in the semi-finals of the Champions League after former Arsenal boss Unai Emery perpetrated one of the biggest upsets in the history of the competition when El Submarino Amarillo dispatched the Bavarian giants from the quarterfinals thanks to a 2-1 aggregate win.

The shock result prompted Klopp to heap praise in the direction of Emery, who he hailed as “the king of the cups” after the Spanish side skipped past both Bayern and Juventus during the knockout stage of the competition, and although the comparable status between both clubs is considerable, Villarreal surely cannot be underestimated by any means.

Should Liverpool see their way past Villarreal, it would once again present them with a possible clash against – you guessed it – Man City in the Champions League final set to take place at the Stade de France in Paris after City were drawn against Real Madrid in a clash that former Barcelona man Guardiola will no doubt look to enjoy.

Back on the home front in the Premier League, Liverpool has a considerably more difficult run-in to a potential title in comparison to their title rival City.

Liverpool faces their two biggest rivals in the league in the aftermath of the FA Cup clash when they host both Manchester United and Everton before traveling north to come to grips with Newcastle United, only to close out the season in may in dates with Tottenham (H), Aston Villa (A), Southampton (A), and Wolves (H).

By comparison City host Brighton and Watford, only to then travel to Leeds United before returning home to clash with Newcastle United and then closing out the final two weeks of the season against West Ham United (A), and Aston Villa (H).

It is not every season that arguably the top two clubs in all of Europe are potentially set to lock horns in three separate competitions which could see one of them arrive at the summer hauling all four major trophies on offer.

Should Liverpool succeed in their quest, they would be the first British side since Celtic in 1966-67 to win a quadruple when the Hoops won the Scottish first division, Scottish Cup, Scottish League Cup, and the European Cup when the likes of Stevie Chalmers and Joe McBride led the “Lisbon Lions” to eternal glory.

Since then, a major club in Europe has won four trophies in a calendar year on six other occasions – Bayern Munich x 2, Real Madrid x 2, Barcelona, Paris Saint-Germain – but never four in the same season.

And perhaps most impressive of all, it would cement Jürgen Klopp’s legacy as arguably the greatest manager’s in the club’s illustrious history. Four trophies this season would see Klopp take home seven major honors (eight if you include the Club World Cup) since his arrival at Anfield over 6-years ago, and become only the 5th Liverpool manager to win the league multiple times and only the second to win multiple European honors, following in the footsteps of the great Bob Paisley.

Already boasting the highest winning percentage of any Liverpool manager in history (62.06%) ahead of Kenny Dalglish, a historic quadruple would be enough to suggest that Klopp is without a doubt the best manager in club football today.

Dallas Cowboys quarterback Dak Prescott. (Kirby Lee-USA TODAY Sports) Losing an ugly Week 1 game was bad enough for the Cowboys but an indefinite injury for Dak Prescott could have the team scrambling for a lifeline. The Cowboys came into the 2022 season worrying about preseason injury to Dak Prescott… 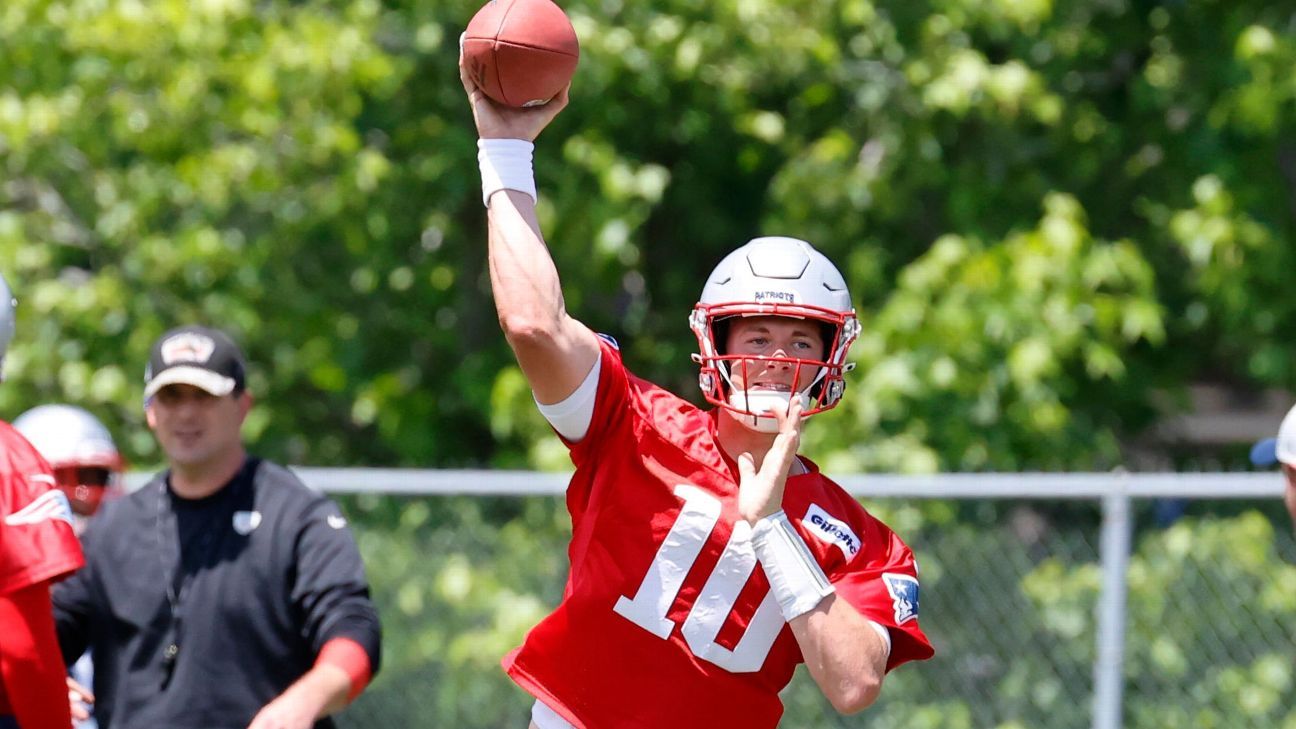 FOXBOROUGH, Mass. — Quick-hit thoughts and notes around the New England Patriots and NFL: 1. Mac’s deep ball: Spring practices are the appetizer to the main menu, and quarterback Mac Jones and the Patriots’ offense provided a tasty preview of what they hope to be cooking in 2022. The main… 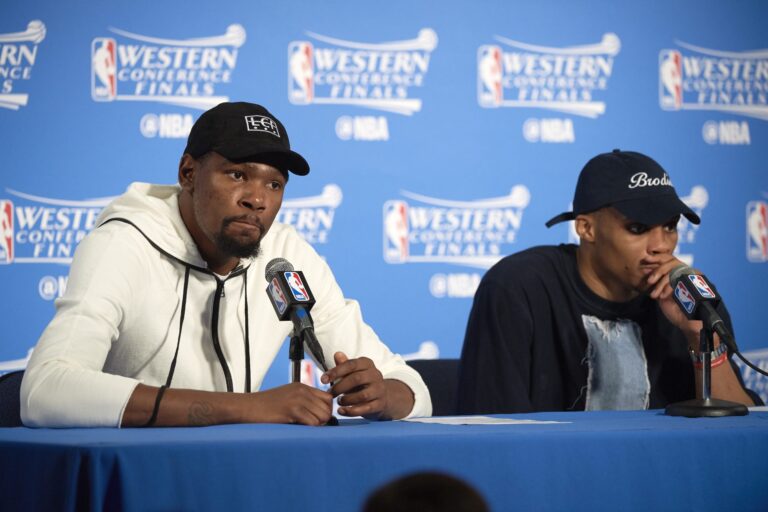 It feels like it was just yesterday when Kevin Durant and Russell Westbrook led their 2016 Oklahoma City Thunder team to one win short of an NBA Finals berth. Scratching that championship quest was the Golden State Warriors, who came back down 3-1 in the Western Conference Finals against the…

It’s tough for any rookie coming into the NFL to drop their childhood fandom, but it’s necessary to survive and thrive in the business for Chiefs rookie Mike Rose. Rose came in as an undrafted free agent from Iowa State, but his roots are in Brecksville, Ohio, which is a suburb… 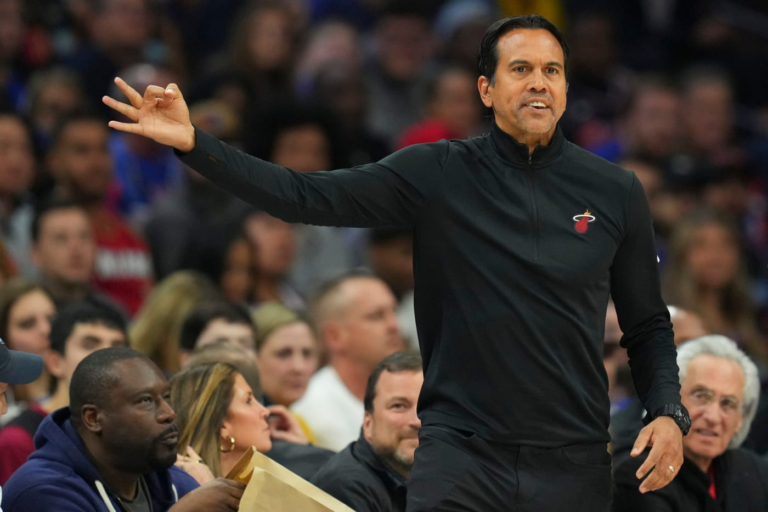 Photo: Mitchell Leff/Getty Images Miami Heat head coach Erik Spoelstra said that his group needs to stop opening games so sluggish on defense following another slow start vs. the Sacramento Kings last night (trailed 71-49 at halftime). (via Bally Sports Sun): “That’s been a little bit of a trend, our…

WNBA Star Maya Moore has officially shelved her basketball sneakers for the greater good of her life’s next chapter. Moore announced Monday that she is walking away from professional basketball. The diehard Minnesota Lynx legend last played in 2018, wherein she took a hiatus to focus on her humanitarian efforts…