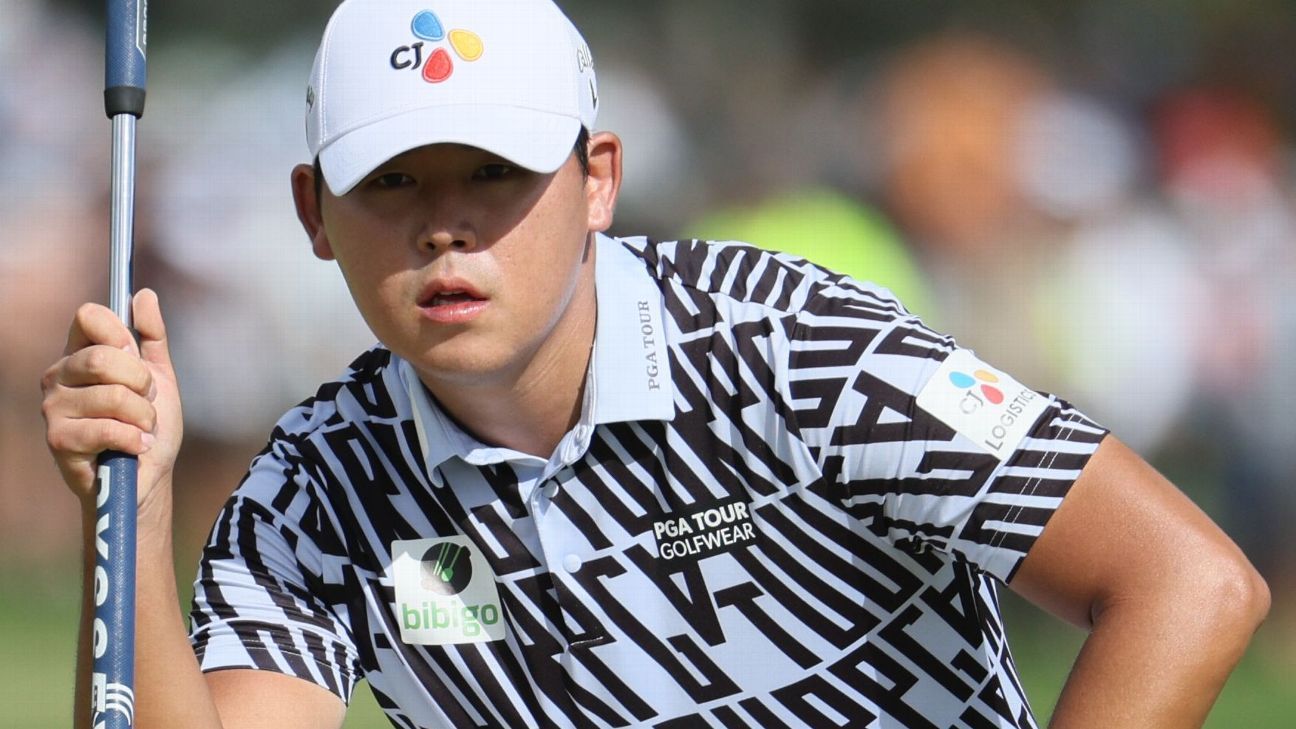 HONOLULU — Si Woo Kim battled all day from a 3-shot deficit in the Sony Open, and when he finally caught up late Sunday afternoon, it only got harder.

His 7-iron to the par-3 17th bounded over the firm green and into a tough patch of grass in the rough. Behind, he could hear the cheering for Hayden Buckley making birdie on the 16th hole to regain the lead.

Suddenly, a tough chip got easier.

“Nothing to lose,” Kim said.

With an aggressive stroke, Kim chipped in from 30 feet to tie Buckley, and then he won the Sony Open with a 5-iron out of the bunker from 236 yards that bounced along the dry grass and onto the green, setting up a two-putt birdie from 40 feet and a 6-under 64.

Buckley missed a 12-foot birdie on the par-5 closing hole that would have forced a playoff.

The finish brought a sleepy Sony Open to life and gave the 27-year-old Kim his fourth career PGA Tour victory and first in two years.

Buckley, who started the final round with a 2-shot lead, was among nine of the leading 16 players going into Sunday who had never won on the PGA Tour. He did his part except for a pair of short par putts that he missed on the back nine. He closed with a 68.

“Winning on the PGA Tour is the hardest thing to do, and sometimes you just get beat,” Buckley said. “And I feel like that’s what happened today.”

Kim opened with three straight birdies to get back in the mix, and he stayed there the entire day as other contenders came and went.

The pivotal point came on the 17th. And as much pressure as Kim felt over the shot, Buckley’s 15-foot birdie putt and the reaction seemed to calm him.

“If he made a par, like I’m more nervous because I have to save [par], and especially into the grain with the pressure, it’s more nervous for me,” Kim said. “But I knew it. I heard the sounds.”

One shot behind, he felt it was birdie or bust.

“Bogey is fine,” he said. “So I have to hit it aggressive. I think that really helps.”

He pumped a first when it dropped for birdie, a big moment, but not enough for him to react the way he did at the Presidents Cup when his partner, Tom Kim, made a big putt to win a fourballs match.

“If I was playing with him, I definitely would do that,” Kim said with a laugh. “But this more stroke play and he (Buckley) is still behind me. I wanted to, but I just kept calm.”

Kim, who got married a month ago in South Korea, finished at 18-under 262 and is assured two weeks in Hawai’i next year as defending champion in the Sony Open and the Sentry Tournament of Champions at Kapalua.

More immediately, the victory assures him a spot in the Masters.

Buckley, who once shot a 61 at a college event on Kauai that convinced him he might try to play golf for a living, moved up to No. 14 in the FedEx Cup in a big year in which only the top 70 reach the postseason.

He was in reasonable shape off the tee at the par-5 closing hole, but his approach from the right collar of the rough came out flat and to the right, leaving a tough pitch up the slope to a pin in the back right. It rolled out some 12 feet, and the birdie putt to force a playoff narrowly missed.

Buckley made nine straight pars after opening with a birdie, and then he had a 6-shot stretch on the back nine of one par, two bogeys and three birdies. His two bogeys came on putts of 5 feet and just inside 4 feet, and he failed to birdie the two par 5s at Waialae.

“I feel like I made a lot of those long putts, but I struggled on the short ones. That was dating back to Thursday,” Buckley said. “That really just caught up to me at the end. I feel like I had control of the tournament pretty much the whole way, but just a late miss on 15 from 3 or 4 feet really hurt.

“Overall, I was impressed by what I did, and I think I’ll remember this day and it’ll just make me better.”

Chris Kirk had a 68 and finished alone in third.

It was the second straight week in Hawai’i that someone rallied from at least 3 shots behind to win, though it wasn’t nearly as stunning as Jon Rahm coming from 6 back with nine holes to play at Kapalua against Collin Morikawa.

“It always can happen fast, like last week,” Kim said. “I tried my best every shot. It was a little shaky the last four holes.”

He missed the green on the 17th, and he missed the fairway on the 18th, two places that make birdies hard to find. Kim found them and walked away as a winner.

Tiger Woods will return to competitive golf for the first time in nearly five months when he tees it up in the Hero World Challenge in the Bahamas on Dec. 1-4, he announced on his Twitter account Wednesday. Woods, 46, hasn’t played since missing the cut at the 150th Open… 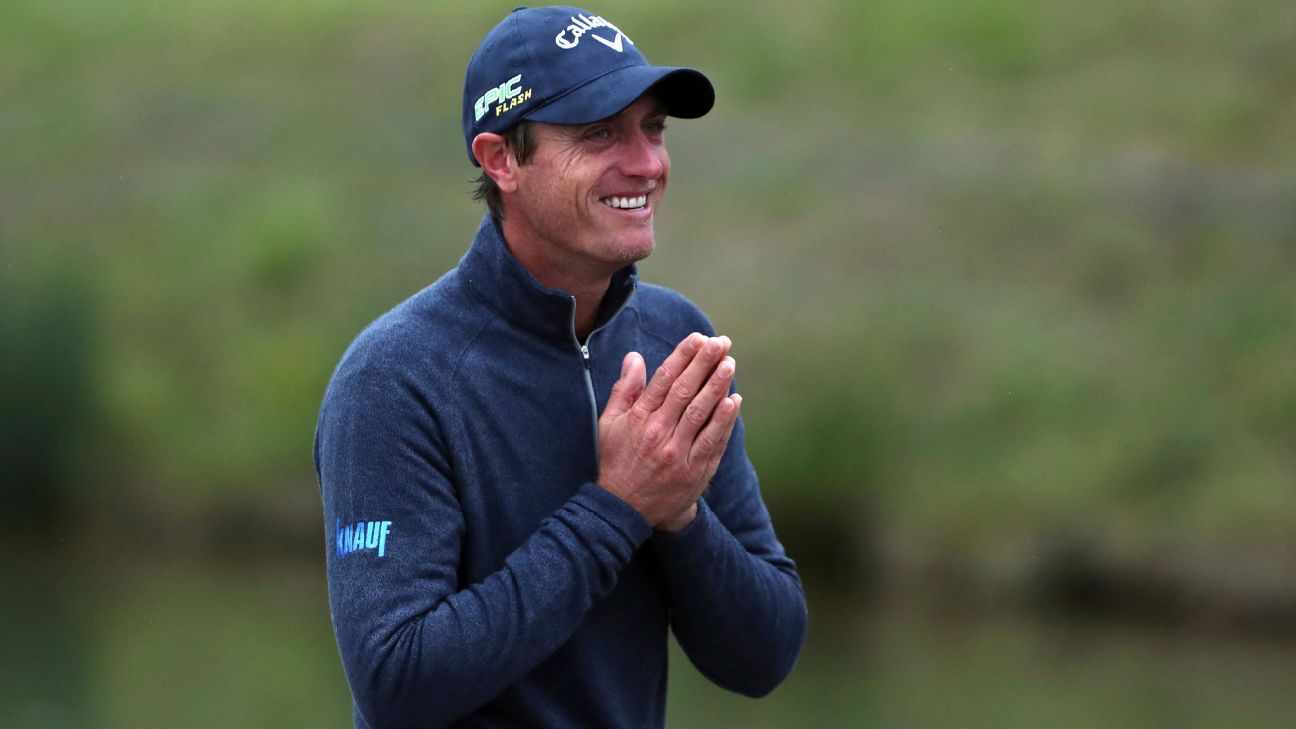 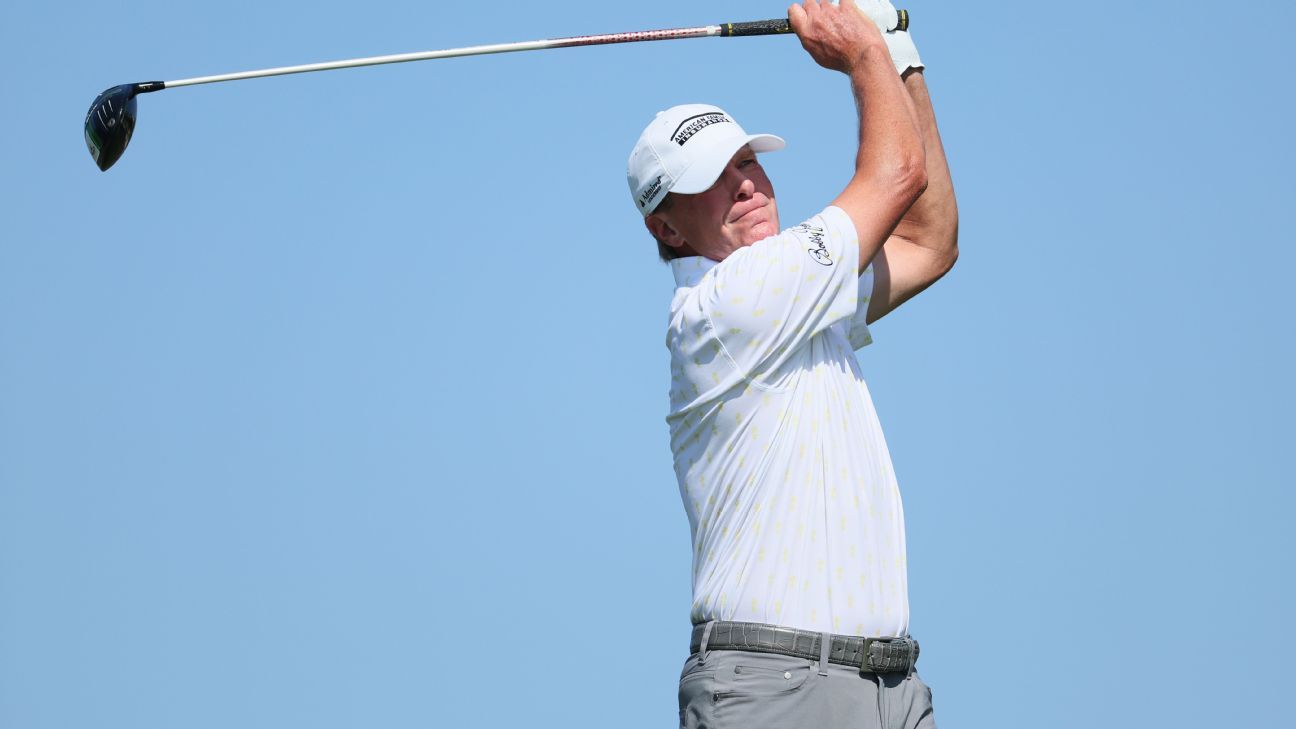 KA’UPULEHU-KONA, Hawaii — Steve Stricker competed for the first time in three months and nothing changed. He began the PGA Tour Champions year by closing with a 7-under 65 for a 6-shot victory Saturday in the Mitsubishi Electric Championship at Hualalai. Stricker seized control with a 60 in the second… 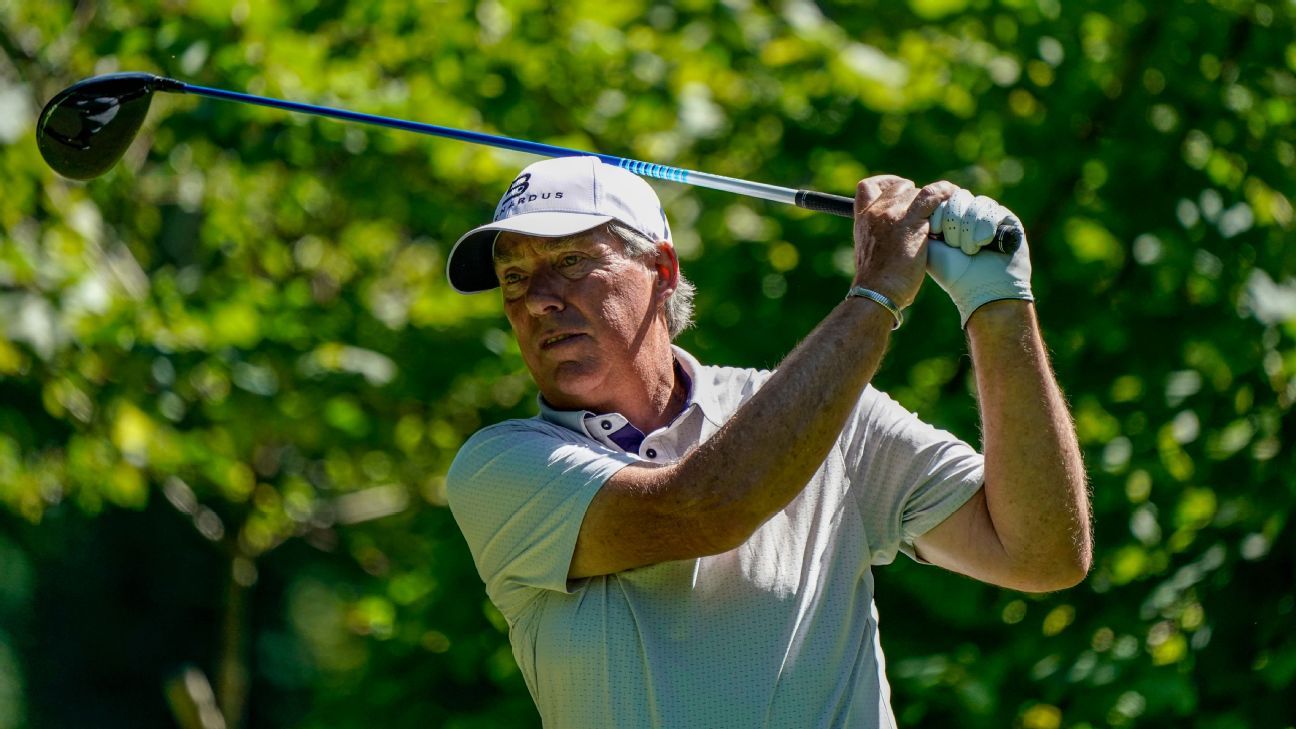 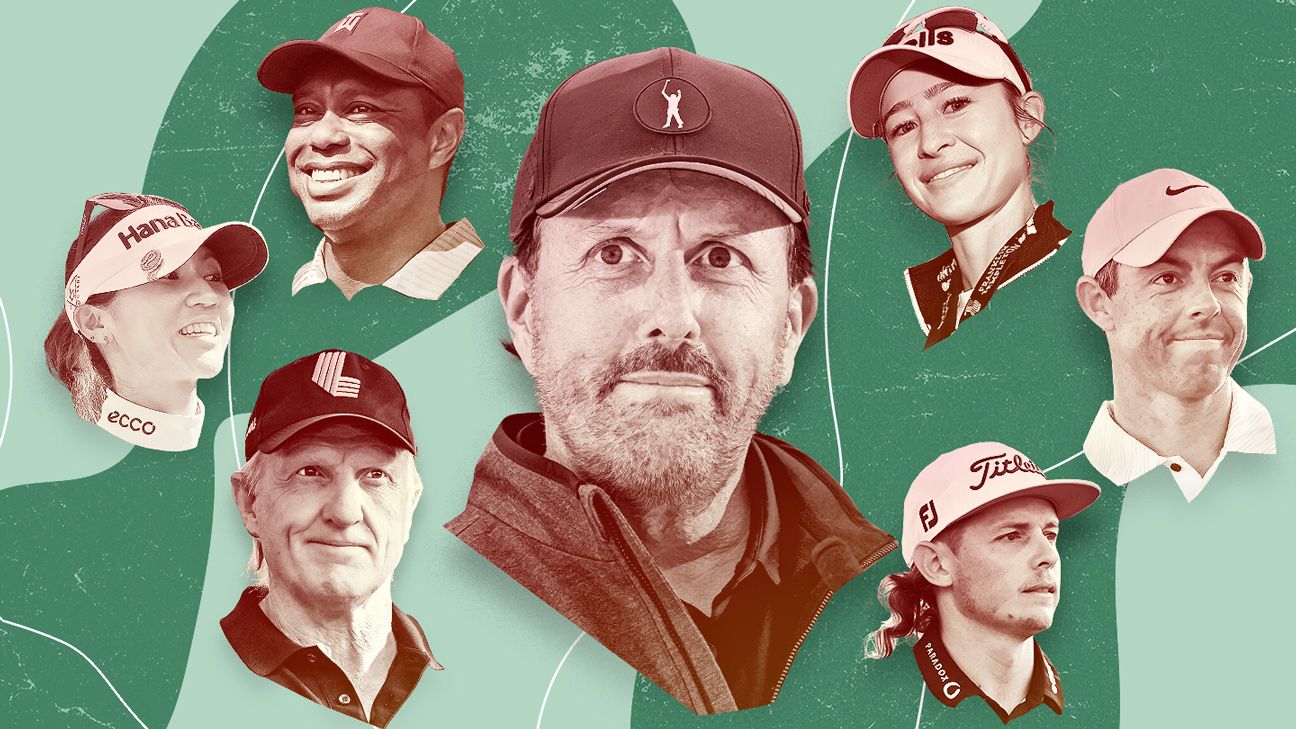 The most disruptive year in the history of men’s professional golf is finally coming to an end, although the ongoing battle between the PGA Tour and the LIV Golf League doesn’t figure to come to a conclusion anytime soon. During the past 12 months, Tiger Woods returned to the course,… 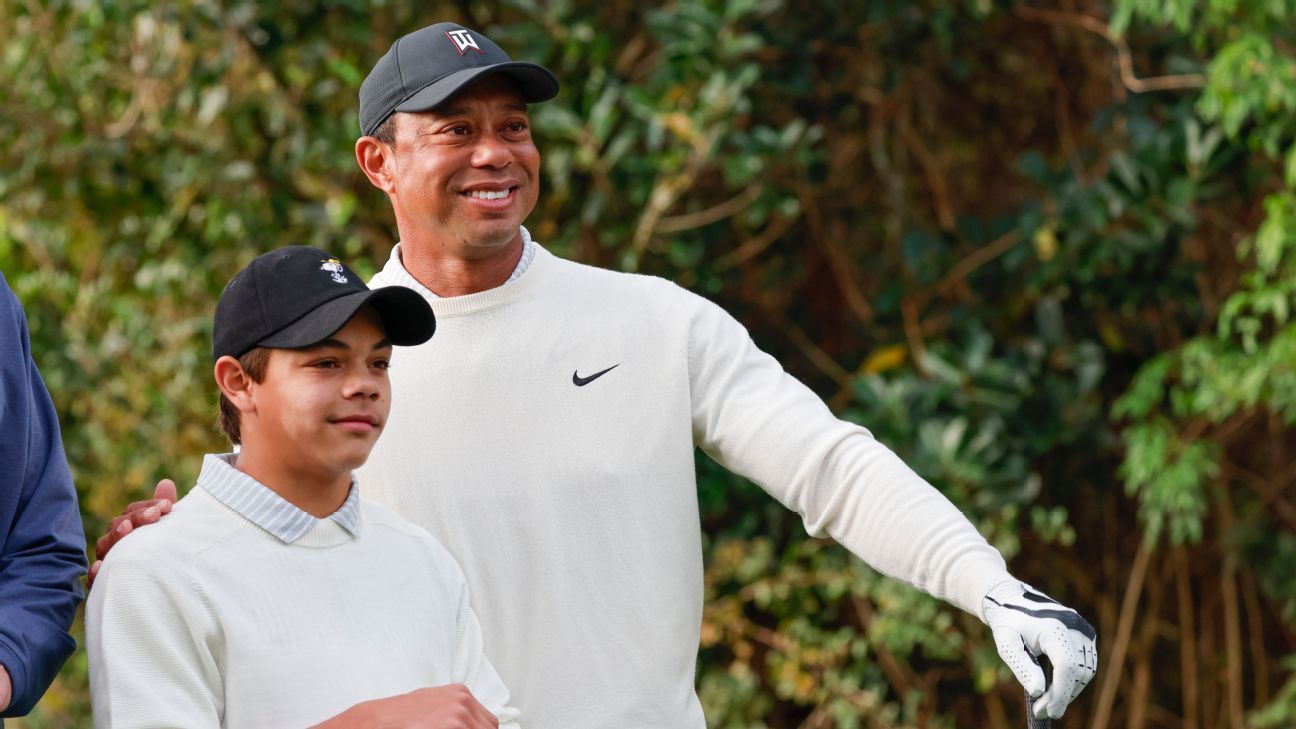 Tiger Woods knows playing through pain caused by plantar fasciitis in his right foot probably isn’t the best thing for his long-term recovery, but the 15-time major champion said it’s a sacrifice he’s willing to make to compete with his son in this weekend’s PNC Championship in Orlando, Florida. Woods…