The Cincinnati Bengals have played the role of spoiler throughout this playoff run. After defeating the Baltimore Ravens in the Wild Card Round, they walked into Orchard Park, N.Y. and defeated the Buffalo Bills 27-10. With that win, the Bengals advanced to the AFC Championship Game for the second year in a row against the Kansas City Chiefs. Not just that, but they effectively ended the league’s plans of hosting a neutral site AFC Championship Game between the Chiefs and Bills in Atlanta, Ga.

After the game, Bengals head coach Zac Taylor apologized to the NFL for ensuring that none of their rule changes came to fruition in the playoffs. Specifically, Taylor cites the neutral stadium and the coin toss rules for the AFC North division.

If both the Chiefs and Bills had both won in the Divisional Round, the AFC Championship Game would have been held at Mercedes Benz Stadium, home of the Atlanta Falcons. That is due to the Bills having played one less game after the Week 17 game against the Bengals was ruled a no-contest after Damar Hamlin suffered cardiac arrest. The Chiefs did clinch the No. 1 seed in the AFC by way of having a 14-3 record, but the league announced that they would not play the AFC Championship Game at home if they matched up against the Bills.

Also, the league announced the decision to have home field advantage of the Bengals vs. Ravens game in the Wild Card Round by way of a coin toss. That would only happen if Baltimore beat Cincinnati in Week 18. The Bengals won that game 27-16.

After the win, Bengals quarterback Joe Burrow said “better send those refunds” during his on-field interview. Wide receiver Ja’Marr Chase said that “the NFL was doing stuff to get the Bills to go to the Super Bowl,” and that the team was ready to prove everyone wrong.

The Bengals look to make another trip to the Super Bowl, by way of defeating the Chiefs once again in the AFC Championship Game. Let’s just say that Cincinnati has embraced their role of being the spoilers in the conference. 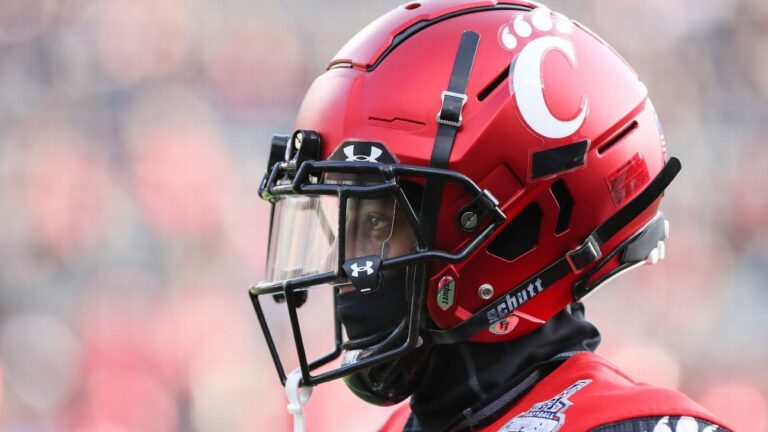 EAST RUTHERFORD, N.J. — General manager Joe Schoen has stressed the New York Giants‘ multitude of needs every time he’s spoken publicly over the past month. He has insisted that will allow New York, which holds the No. 5 and No. 7 overall picks in the 2022 NFL draft, to…