The plane left Kathmandu about 10:30 a.m. local time Sunday and was carrying 68 passengers and four crew members to Pokhara, about 125 miles to Kathmandu’s west and a 25-minute plane ride away. The city is known for its serene lake at the foot of forested mountains and is popular with tourists.

The cause of the crash was not immediately clear. According to Nepal’s civil aviation authorities, the flight’s commanding pilot last made contact with a nearby air traffic control tower at 10:50 a.m. The plane crashed as it approached to land at Pokhara Airport, Yeti Airlines spokesperson Sudarshan Bartaula said.

Photographs from the scene appeared to show the aircraft split into pieces. Broken chunks of the plane’s fuselage — with its identifying airline colors visible — lay distorted on the floor of a gorge thick with smoke, surrounded by a large rescue operation.

According to an airline statement, 53 Nepali nationals and 15 foreign nationals were on the flight, including five from India, four from Russia, two from South Korea, one from Argentina, one from Australia, one from France and one from Ireland.

There were at least six children on the flight, according to a passenger list shared by the country’s civil aviation authority.

Police, army, fire and airport rescue services were taking part in the response at the crash site, according to a statement from Yeti Airlines, which identified the downed aircraft as an ATR 72. Nepal’s Culture, Tourism and Civil Aviation Ministry also announced the creation of a commission to investigate the crash. Nepal’s civil aviation authority said in a statement that two helicopters had also been deployed to the scene of the crash.

“I am speechless about the crash,” Nepali President Bidya Devi Bhandari wrote on Twitter. “I convey my heartfelt condolences to the passengers and the crew members who lost their lives and express my deep sympathy for the family members for their losses.”

ATR, which manufactures turboprop engine aircraft and is based in France, tweeted that the accident involved an ATR 72-500 and that its specialists were “fully engaged” to support the investigation into the crash. “Our first thoughts are with all the individuals affected by this,” the company tweeted. According to ATR’s website, the manufacturer’s 72-500 model can seat 68 passengers and has a range of 888 miles. ATR did not immediately respond to a request for comment early Sunday.

It was Nepal’s second plane crash in the past year and Pokhara Airport’s first crash since it opened on Jan. 1.

Following a meeting of his cabinet, Prime Minister Pushpa Kamal Dahal declared that Monday would be observed as a national holiday to mourn the victims.

In May, 22 people, including six foreign nationals, died after a flight operated by Tara Air — a subsidiary of Yeti Airlines — crashed into the Himalayan mountainside after departing from Pokhara’s old airport, prompting the government to launch an investigation. The plane was headed for the tourist town of Jomsom on what was projected to be about a 20-minute flight.

Sunday’s crash was Nepal’s deadliest since a pair 30 years ago, according to a database kept by the Airline Safety Network. In 1992, 167 people died when a Pakistani airliner crashed into a rugged Himalayan hill attempting to land at a Kathmandu airport in a rainstorm. Two months before, a Thai Airways flight also crashed in heavy rain — killing 113 people, including 11 Americans.

The European Union includes all Nepali airlines on its Air Safety List, meaning E.U. officials do not consider them up to international safety standards and they are prohibited from operating in Europe. Comment on this story Comment SAN JOSE, Costa Rica — Authorities in Costa Rica have found two bodies in the search for six people, apparently including the German businessman behind Gold’s Gym, who went missing when their small plane disappeared from radar just off the country’s Caribbean coast. The Security…

Comment on this story Comment DNIPRO, Ukraine — Russian missiles rained down on Ukrainian cities in a major attack Saturday, killing at least five in a strike on an apartment building in the central city of Dnipro — the latest salvo in a brutal war that has convinced Kyiv’s Western… 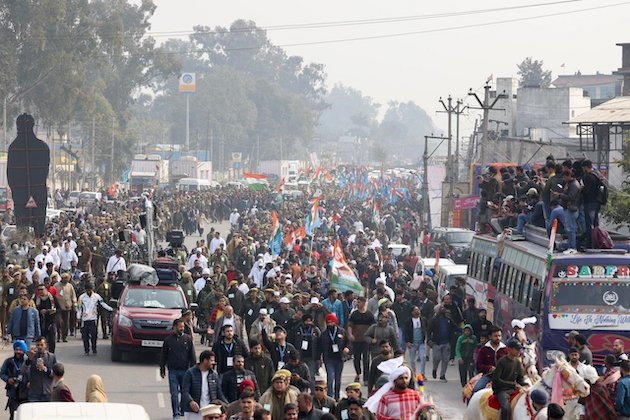 It may be an election ploy but Rahul Gandhi’s Bharat Jodo Yatra has captured the imagination of many Indian commentators who hail its non-sectarian message. Source: BJY/Twitter by Mehru Jaffer (goa, india) Thursday, January 26, 2023 Inter Press Service GOA, INDIA, Jan 26 (IPS) – When countless supporters of the Indian… 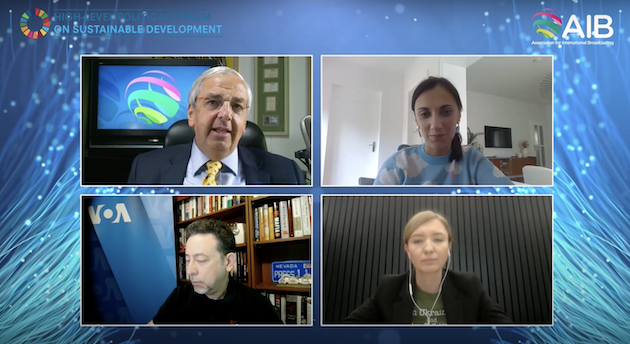 Khatir Mahamat Saleh Annadif was presenting the latest report of the UN Office for West Africa and the Sahel (UNOWAS), which he heads, covering developments over the past six months in areas such as politics, security and human rights.  Mr. Annadif highlighted some of the dichotomies across a vast region… 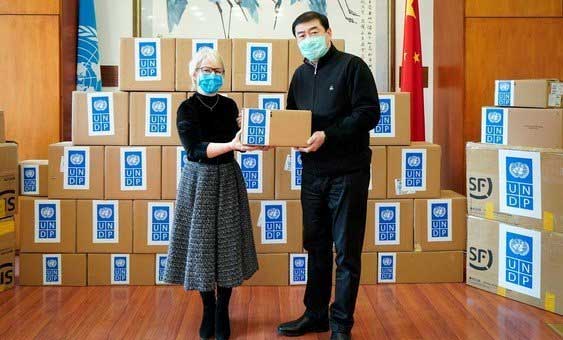 Credit: United Nations Opinion by Riya Shah, Arjun Kumar (new delhi) Tuesday, May 03, 2022 Inter Press Service NEW DELHI, May 03 (IPS) – When the Covid- 19 pandemic first broke out in Wuhan in 2020, no one imagined that it would wreak havoc on such a large scale. With over…