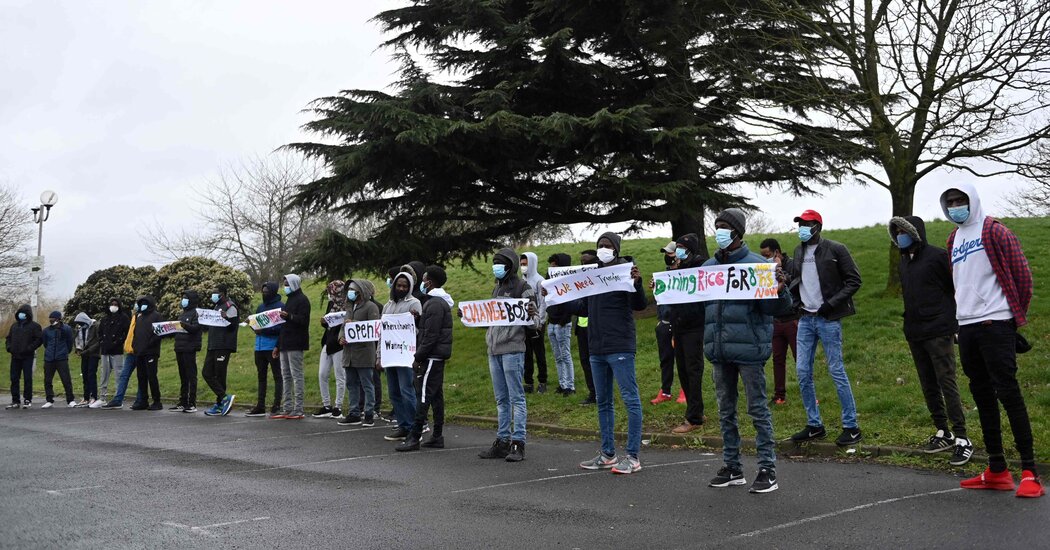 LONDON — Prime Minister Boris Johnson of Britain announced plans on Thursday to send some asylum seekers thousands of miles to Rwanda to have their applications processed, a significant hardening of migration policy.

The British government has so far failed to curb the arrival of a small but steady flow of people making dangerous crossings, often on unseaworthy boats, across the English Channel from France, much to the frustration of Mr. Johnson.

In exchange, Britain will pay Rwanda 120 million pounds, about $157 million, to finance “opportunities for Rwandans and migrants” including education, secondary qualifications, vocational and skills training and language lessons, the Rwandan government said in a statement.

Rights groups have expressed concerns that the move could encourage other nations to adopt “offshoring” of asylum processing, and the plan was greeted with a storm of protest from opposition politicians and charities who were worried both about the principle behind the policy and the choice of Rwanda, a country whose rights record Britain has previously questioned.

Details of the proposals were still emerging on Thursday but, according to the BBC, it would apply to men entering Britain using illegal routes. The Rwandan government said that people who are transferred to the country would be offered “legal pathways to residence” if their claims were successful.

Given the limited legal routes for refugees into Britain, that could effectively prevent many from making any asylum claims that would allow them to live in the country.

“The government of Rwanda is pleased to confirm a bold new partnership with the United Kingdom, which will take an innovative approach to addressing the global migration crisis,” the government said in its statement. “A broken migration and asylum system is failing to protect the vulnerable, and empowering criminal smuggling gangs at an immeasurable human cost.”

Before the announcement, Downing Street said that the government would give details of “a world-first migration and economic development partnership signed by the home secretary, Priti Patel, with Rwanda.”

While the number of people arriving in Britain in small boats is limited by international standards, the English Channel crossings have been a persistent embarrassment to the government led by Mr. Johnson.

In 2016, he successfully campaigned for Brexit, arguing that it would allow the country to “take back control” of its borders, and the increasing number of arrivals along the British coastline are a visible symbol of failure to do so.

In his speech, Mr. Johnson said that Britain “cannot sustain a parallel illegal system. Our compassion may be infinite, but our capacity to help people is not.”

Yvette Cooper, who speaks for the opposition Labour Party on home affairs issues, described the plan as “unworkable, unethical and extortionate.”

It was, she wrote on Twitter, a “desperate and truly shameful announcement,” and “an attempt to distract from Boris Johnson’s lawbreaking,” following the decision by police on Tuesday to fine the prime minister for breaking lockdown rules by attending a birthday party in Downing Street.

Ian Blackford, the leader of the Scottish National Party’s lawmakers in the British Parliament, told the BBC that the proposal was “absolutely chilling.”

There were signs that even those that supported the idea in principle were yet to be convinced.

In an editorial, The Daily Mail, which championed Brexit and has backed efforts to curb migration, was supportive, but it said that the proposal was “fraught with difficulties,” and noted that previous efforts by Britain to curb the flow of migrants across the English Channel had failed.

“From paying France to smash people-smugglers to armored jet skis turning back illegal dinghies, not one Home Office gimmick has so far succeeded,” it wrote.

Parliament is discussing a legal framework that would make it possible to transfer asylum seekers out of the country while their applications are processed and to arrest those who arrive by boat across the English Channel.

Other countries have tried similar tactics to try to deter migrants, including Australia, which has used asylum processing centers on Pacific islands such as Nauru. In September, Denmark’s Parliament passed a law that allows the nation to relocate asylum seekers outside Europe to have their refugee claims assessed, despite criticism from rights groups and the United Nations.

Rwanda has in the past offered to host migrants who were stranded elsewhere. In 2017, it offered to receive up to 30,000 African migrants who had faced discrimination, trafficking and violence while in Libya.

The central African nation also has an agreement with the African Union and the United Nations refugee agency to continue evacuating and hosting refugees and immigrants from Libya through 2023.

Those who arrive in the emergency transit centers in the country are given the option of seeking resettlement to third countries, returning home or to a previous country of asylum, or to stay in Rwanda.

In a statement issued on Thursday, Rwanda’s government said it was hosting 130,000 refugees from nations including neighboring Burundi and the Democratic Republic of Congo. Last August, it also received students, teachers and the families of a girls’ boarding school who had fled Afghanistan after the Taliban took over the country.

The migrant pact comes just weeks after Johnston Busingye, Rwanda’s new high commissioner to the Britain, arrived in London. The British government had been pressed to block Mr. Busingye’s appointment given his role in the arrest of the dissident Paul Rusesabagina.

Last February, Mr. Busingye accidentally admitted in a video published by Al Jazeera English that he had seen privileged legal material related to Mr. Rusesabagina’s case and that the Rwandan government had paid for the private jet that lured him from the United Arab Emirates to the Rwandan capital, Kigali.

The trial of Mr. Rusesabagina, who helped save thousands during the Rwandan genocide and inspired the movie “Hotel Rwanda,” and the 25-year sentence he received last September, have drawn widespread criticism from rights groups, who said the proceedings represented “more public spectacle than judicial undertaking.” 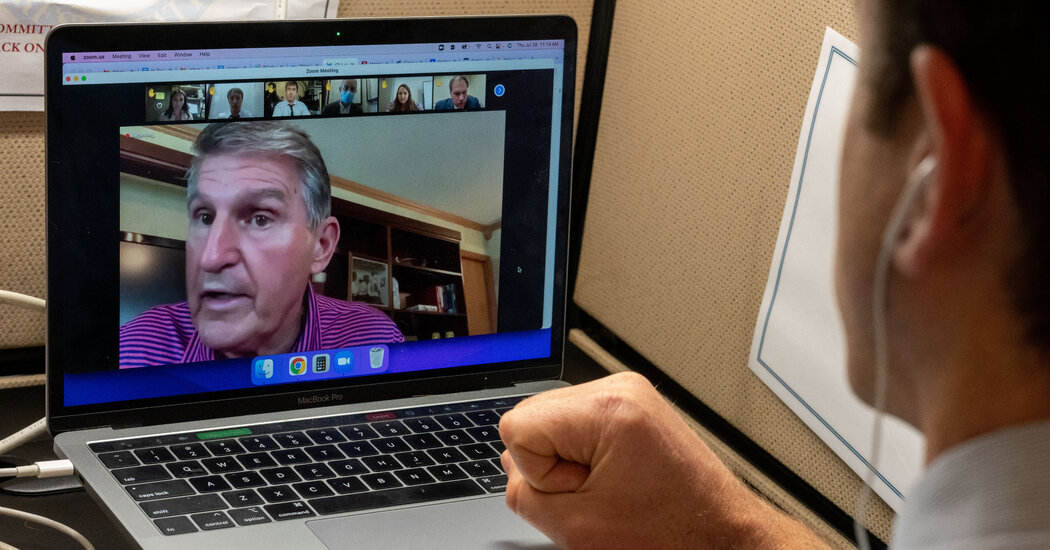 WASHINGTON — Senator Chuck Schumer, the majority leader, and Senator Joe Manchin III, Democrat of West Virginia, were both nursing resentments when they met secretly in a windowless room in the basement of the Capitol last Monday to try to salvage a climate package that was a key piece of… 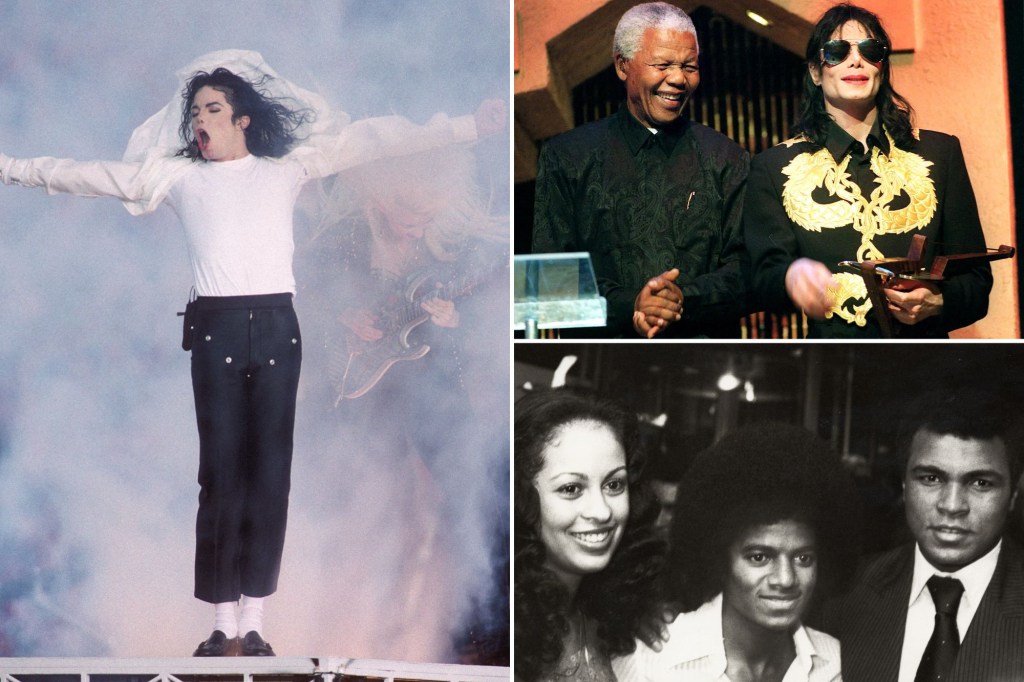 Celebrating the King of Pop’s Michael Jackson’s 63rd birthday through photos capturing him with people who got to witness his greatness. Check out our Latest News and Follow us at Facebook Original Source 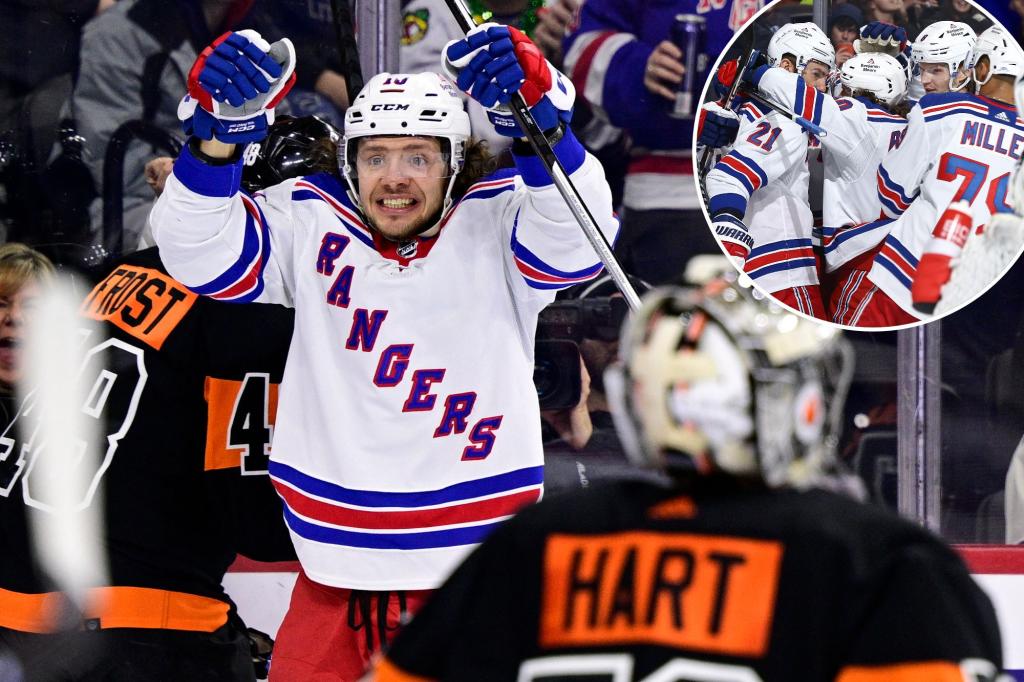 Artemi Panarin and Barclay Goodrow each had one goal and one assist to lift the New York Rangers past the host Philadelphia Flyers 6-3 on Saturday.  K’Andre Miller, Jimmy Vesey, Jacob Trouba and Ryan Lindgren also scored one goal apiece for the Rangers, who won their sixth in a row. …

WASHINGTON — American spy agencies have concluded in a new intelligence assessment that Al Qaeda has not reconstituted its presence in Afghanistan since the U.S. withdrawal last August and that only a handful of longtime Qaeda members remain in the country. The terror group does not have the ability to… 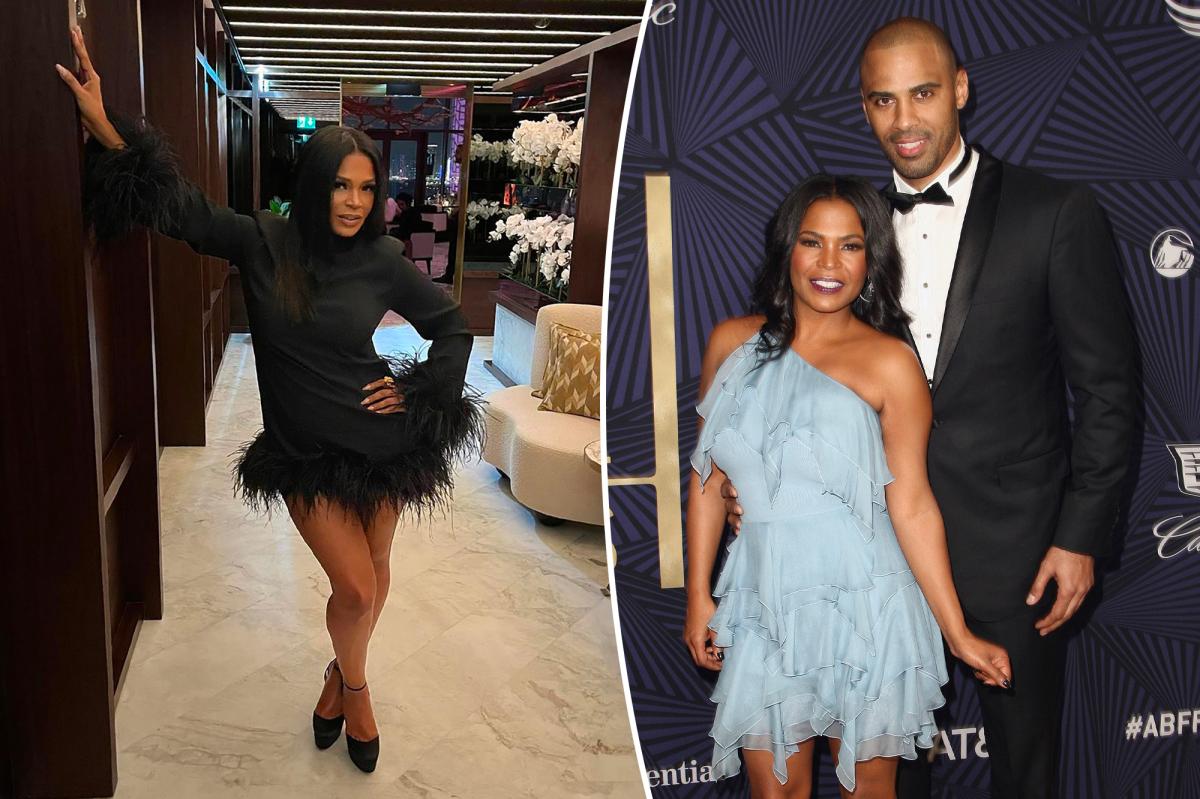 Nia Long fought back tears as she reflected on the “devastating” months following her split from fiancé Ime Udoka. “I’ve had some pretty devastating moments in my life over the last couple of months,” she told Yahoo! Entertainment over the weekend. “And I’ve had to just say, ‘It’s alright. You’ll… 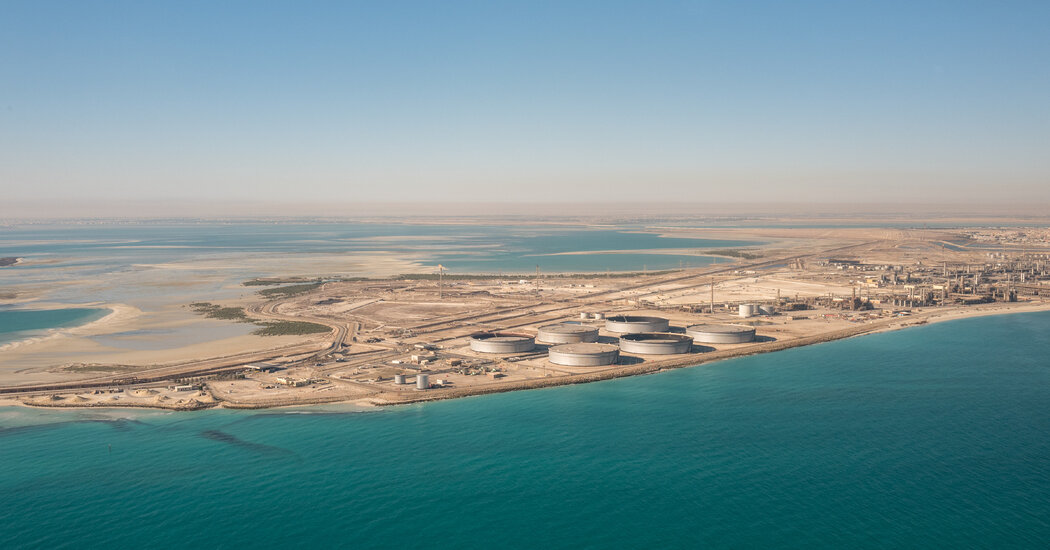 HOUSTON — When President Biden meets Crown Prince Mohammed bin Salman in Saudi Arabia, he will be following in the footsteps of presidents like Jimmy Carter, who flew to Tehran in 1977 to exchange toasts with the shah of Iran on New Year’s Eve. Like the prince, the shah was…