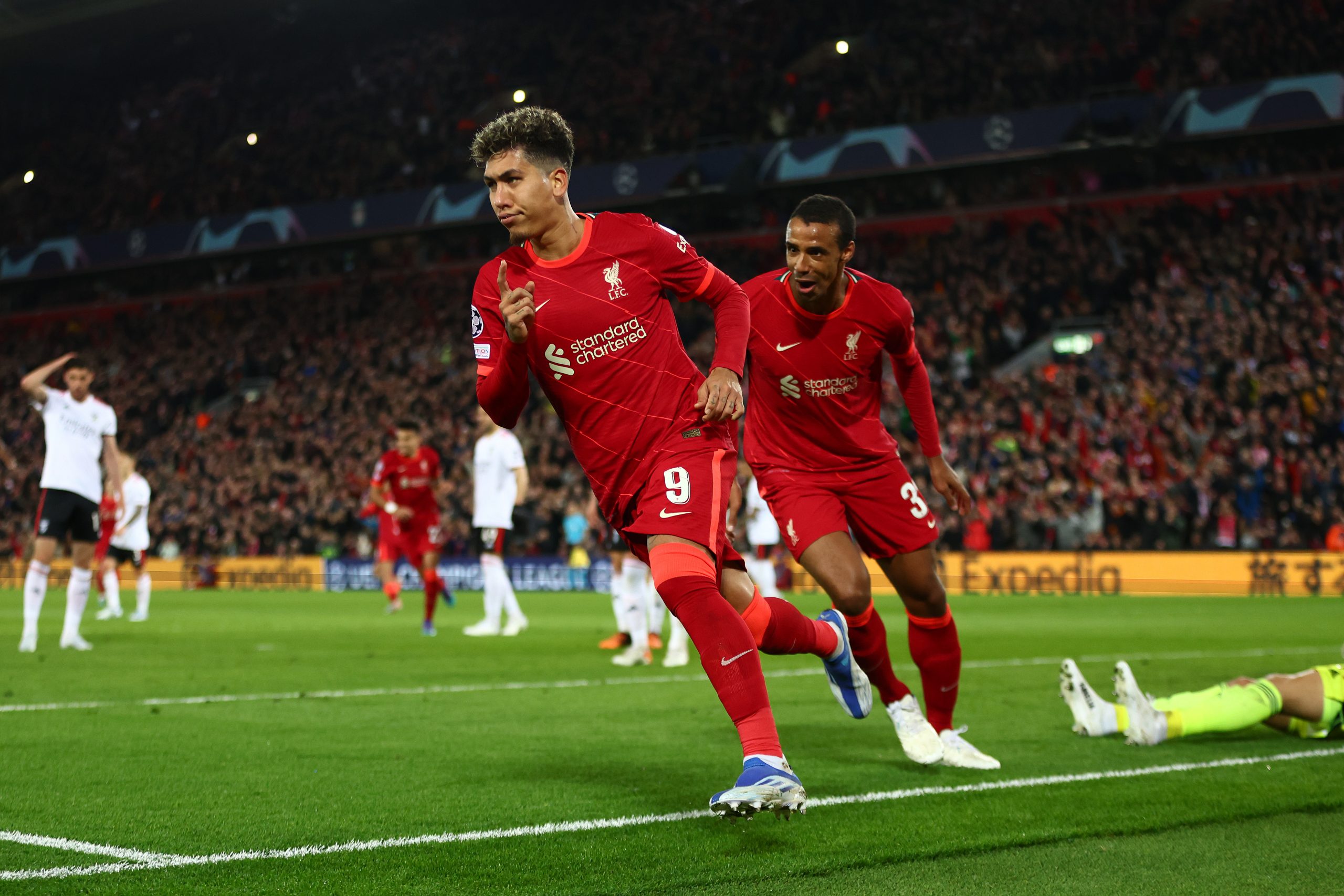 Liverpool booked their passage into the semi-finals of the Champions League this season after a 3-3 draw at Anfield tonight and a 6-4 aggregate win over Portuguese giants Benfica.

The result will now pit Jürgen Klopp’s high-flying Reds against Unai Emery‘s giant-killing Villarreal after the La Liga side ousted German juggernaut Bayern Munich from the competition last night with a 2-1 aggregate win across two legs.

Roberto Firmino has now scored as many Champions League goals (20) as Fernando Torres.

Brazilian international striker Roberto Firmino bagged a brace for the Reds against the visiting side on the night that propelled him up the goal chart to become the fourth Liverpool player to net at least 20-goals this season across all competitions, and though Benfica walked away with a high-scoring draw on a night where Klopp rested a cadre of first-choice XI options, Liverpool remains in the hunt for another quadruple this season but will remain weary of coming up against an Emery side that has already proven themselves capable in cup competitions under the Spanish headmaster.

Alisson (5.5) – Hardly the best day for the Brazilian international. Made a handful of saves but nothing special.

Joe Gomez (7) – A very solid outing for Gomez who was deputizing for Trent Alexander-Arnold on the night. Good stuff from a player who is predominately a center-back.

Ibrahima Konaté (7.5) – Scored against Benfica in both legs for Liverpool and was generally good throughout. Growing as a Red this season.

Joel Matip (6) – Not the best from him tonight and he certainly looks a bit more assured when deployed next to Virgil van Dijk.

Kostas Tsimikas (8.5) – Two assists tonight from the Greek international who generally performs when called upon by Jürgen Klopp and is a credit to the club’s squad depth.

Naby Keïta (6) – Similar to Milner, Naby Keïta had an okay outing but he remains largely inconsistent overall in his performance levels.

Jordan Henderson (6.5) – Not the best stuff from him but he was still decent and his utility in multiple phases of play comes through more often than not.

Diogo Jota (7) – Bagged an assist and had some solid moments where he looked a threat as usual.

Luis Díaz (7) – Did not directly contribute to any of the goals on the night but his work rate and ability to influence a match without a goal or assist is a credit to him.

Roberto Firmino (8) – A brace for the Brazilian who remains one of the key players under Jürgen Klopp despite not always being first choice at this stage.

Subbed-on at 57-minutes: Mohammed Salah (6) – A night off for Salah from the XI and did not do enough to earn a higher rating after being introduced.

Subbed-on at 58-minutes: Fabinho (6) – Was given roughly thirty minutes on the night but was not his normal presence.

Subbed-on at 58-minutes: Thiago (6) – A similar performance to Fabinho. Was okay with what he was given.

Subbed-on at 66-minutes: Sadio Mané (6) – Far less influential than who he came on for (Díaz) but a down night off the bench was hardly an issue overall.

Subbed-on at 90-minutes: Divock Origi (N/A) – Came on in stoppage time and had nothing to offer through no fault of his own.

Odysseas Vlachodimos (5) – A poor outing from the Greek international who was directly responsible for Roberto Firmino’s first goal on the night.

Gilberto (6.5) – It was a halfway-decent outing for Gilberto who can probably leave Anfield relatively confident.

Nicolás Otamendi (7) – The veteran center-back turned back the clock a little bit and performed admirably at the heart of the defense.

Jan Vertonghen (5.5) – A shadow of the key center-back role he excelled in at Tottenham for years. Simply should have been much better.

Alejandro Grimaldo (7) – A solid showing from a player who continues to produce from the left-back position. Added an assist which was deserved.

Adel Taarabt (6) – Tried to get involved and had glimpses of his ability that at times was on display in the Premier League but only okay overall.

Julian Weigl (6.5) – Exhibited the same calmness on the ball and command-and-control capability he showed at Dortmund. He was pretty okay.

Diogo Gonçalves (6) – Scored a vital goal for Benfica in the first leg but was unable to replicate his previous performance in what was otherwise an average evening.

Gonçalo Ramos (7) – A goal for him that was deserved overall. One of the better players for Benfica on the night.

Éverton (6.5) – Lively and a nuisance as he typically is but could not offer more than that, unfortunately.

Darwin Núñez (7.5) – Bagged a goal and showed throughout proceedings why he is one of Europe’s hot commodities at the moment.

Subbed-on at 45-minutes: Roman Yaremchuk (7) – A goal off the bench from the Ukrainian international and was generally a good presence in the centre-forward channel.

Subbed-on at 66-minutes: João Mário (6.5) – Better than the man he replaced (Taarabt) on the whole with a rating that reflects that. Maybe should have started.

Subbed-on at 78-minutes: Paulo Bernardo (6) – Lively from the bench but it is always difficult to come on against Liverpool at Anfield and truly make an impact.

Subbed-on at 90-minutes: Gil Dias (N/A) – On in stoppage time and with little chance to offer anything of note on the night.

What the managers said

🗣 “Villarreal probably has the most successful cup manager in world football so he knows what he’s doing.”

Jürgen Klopp on facing Villarreal in the #UCL semi-final. pic.twitter.com/mxWuXA03zY

What you may have missed

Darwin Núñez is the first player to score six goals for Benfica in a single #UCL campaign:

This article was edited by
Ben Browning.

What time is kick off between Liverpool FC vs Benfica Lisbon? 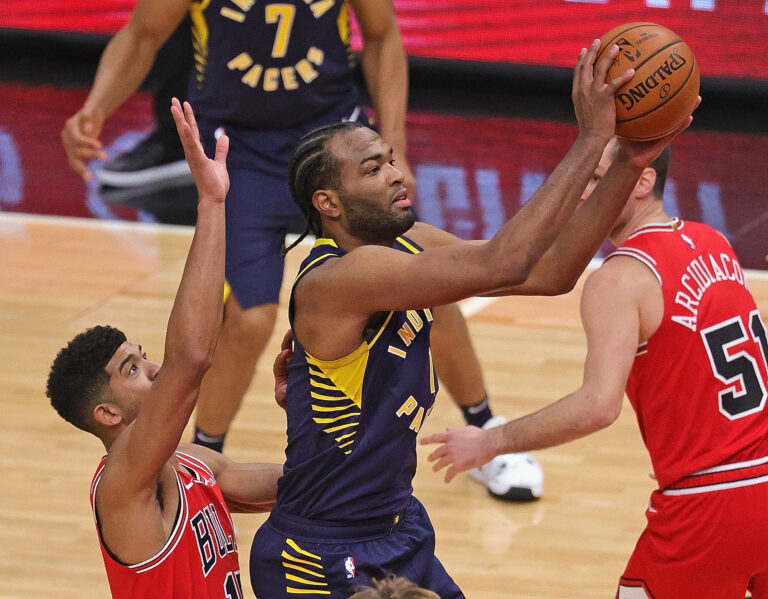 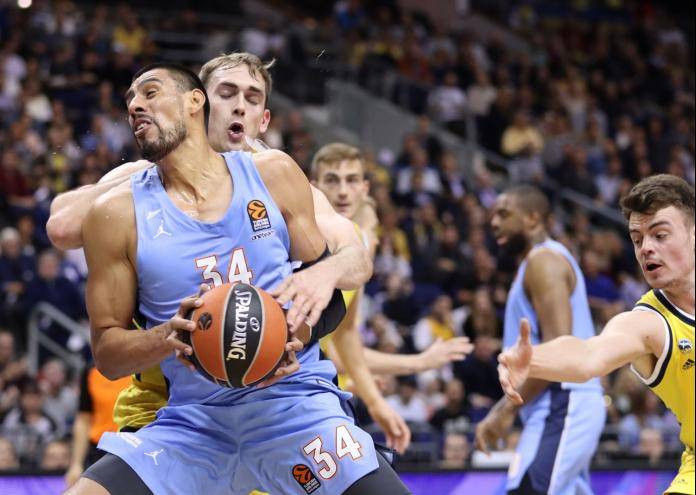 Photo: EuroLeague Basketball Recently retired Mexican big man and two-time EuroLeague champion with Real Madrid Gustavo Ayon compared his runs in both the NBA and in European basketball, via Eurohoops: “I felt an immense joy that I cannot explain to you with words [when I signed in the NBA]. You…

Manchester United women’s unbeaten run has come to an end as they lost 3-1 to current Champions Chelsea in front of a record attendance at Leigh Sports Village. The first five minutes saw both teams trying to hold onto possession but sloppy mistakes from both sides stopped either from stealing… 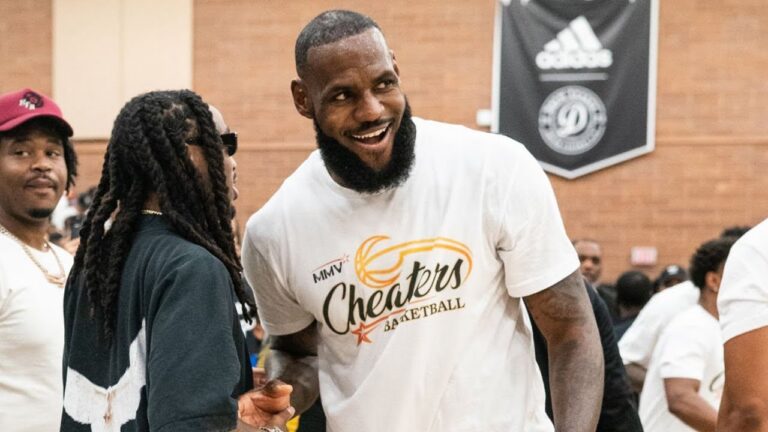 Seattle was full excitement after learning that LeBron James will play at The CrawsOver, a pro-am organized by former NBA star Jamal Crawford. Some people built tents and spent the night next to the gym to make sure they will get the chance to see the four-time NBA champion play…. 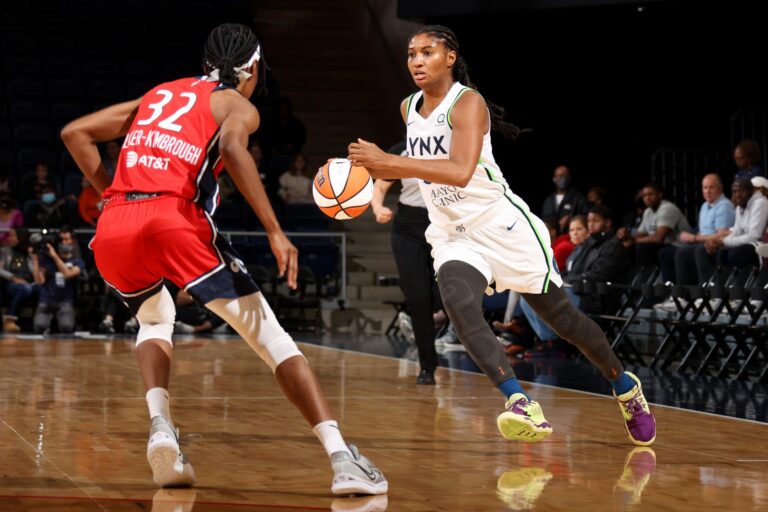 Angel McCoughtry and the Minnesota Lynx agreed to a buy-out on Thursday just a few months after signing the five-time All-Star as a free agent in February. McCoughtry, 35, has played just 20 minutes through the team’s 0-3 start. “Although the organization has been very patient with my injury and…