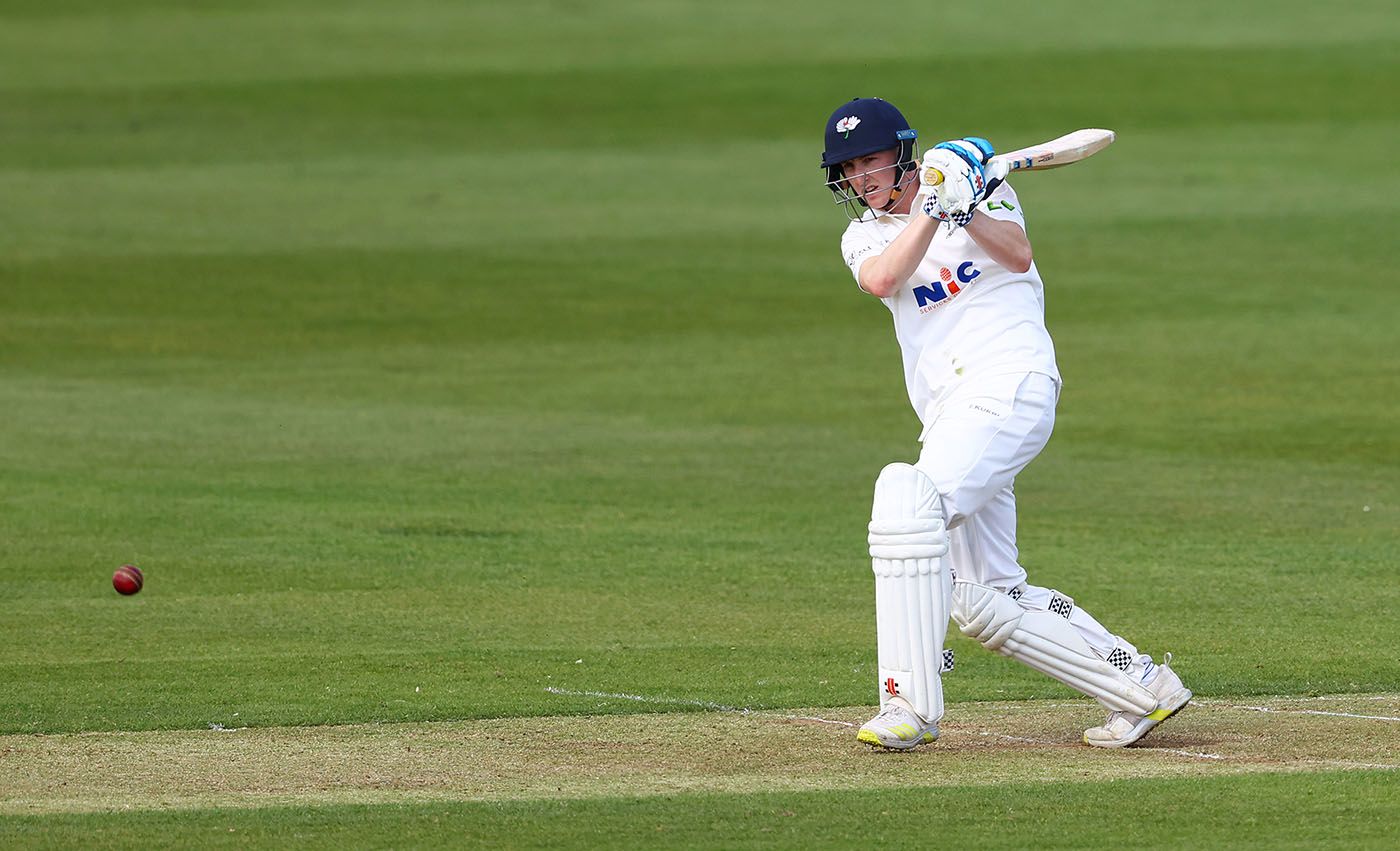 News of Joe Root’s resignation as Test captain had caused regret to descend momentarily upon Yorkshire’s band of travelling supporters as they gathered in little clutches around the Bristol ground before start of play, but by the time that stumps were drawn they were able to applaud their latest champion. Root should have many thousands of Test runs in his locker before retirement and the odds are that when all is said and done Harry Brook will be alongside him as an established, battle-hardened member of England’s middle order.

Brook averaged 38 in the Championship last season, making more of an impact in the shorter formats, but he remains ambitious to be an all-format cricketer and his hundred against Gloucestershire at the first time of asking, on a magical spring day, indicated that he is a player of growing resilience. “I regard Test cricket as the pinnacle,” he said.

Such an assertion will delight many, but maintaining a commitment to all formats is challenging, especially when – as Brook did this winter – it involves T20 stints in both Pakistan and Australia. He was strikingly self-critical when he offered up the thought that he had not taken full advantage of his England Lions opportunity in the winter, consumed by too many thoughts about the impending Big Bash. “Training and things,” he said, and left it there. Perhaps this innings began to put things right.

If Root’s resignation had not been viewed as a done deal, Brook suggested that in the Yorkshire dressing room there had been little surprise. “We sort of expected it,” he said. They will now hope that Root’s return to Championship cricket might happen sooner than later as he concentrates on getting his batting in order and, if it does, then Brook will benefit from batting alongside him.

Brook’s certainty ultimately dominated the second day, just as the compact figure of Gloucestershire’s opening batter, Marcus Harris, had dominated the first. He saved all his uncertain moments for when he was 99, his touch suddenly deserting him – what’s more against the bower who had met him with the most authority of all.

A single over from Ben Charlesworth saw Brook dropped low down at second slip by Tom Lace, an excellent delivery this; be dumbfounded by a thigh-high full toss; and then hop around after he was struck on the boot by a yorker. A back-foot steer through point secured his hundred, his second of the year, following a first T20 century for Lahore Qalanders in the Pakistan Super League. He fell in the next over, 101 from 164 balls, dead-batting a delivery from Josh Shaw on to his stumps.

Watching Brook was a serious business for many Yorkshire onlookers on the day of Root’s resignation. Broken by the inadequacies of others will be the view from the White Rose. “Morning chaps, how are you doing?” had been the cheery greeting from an unsuspecting Gloucestershire supporter in a Panama hat (not at all Northern apparel) as he collected a couple of foldaway chairs, and organised his partner and dog into approved position. Three pairs of eyes glanced up momentarily and remained determinedly silent. Coming late and chatting like that in the middle of an over, what’s the world coming to? The Man Who Talked Too Much got the message and walked off in search of a coffee.

Brook remains a bit of a fidget. There is always a pitch to tap, a glove to fiddle with, a shot to hone. On one occasion, he held up Zafar Gohar in his run-up to clear away an imagined speck of grass. When a stump was broken by a fielder’s throw, he hyperactively helped knock it back in. If you happen to miss a shot, the likelihood is that he will relive it for you seconds later, or at last relive a perfect version of it. But when the ball is bowled, that nervous energy increasingly comes together into certainty of thought and stroke.

His blemish on 99 apart, he offered Gloucestershire little hope, although he might have run himself out on 18 when he lackadaisically assumed he could collect a routine single square on the off-side only to find Harry Duke, at the non-striker’s end, wracked with uncertainty. Either might have been run out, neither was.

Yorkshire had chipped 37 off Gloucestershire’s 227 on the first evening, but at 135 for 4 the match was in the balance. Adam Lyth and Dawid Malan both promised to go big, but Lyth edged a tempting wide half-volley from Charlesworth to first slip and Malan played on against Ajeet Dale, who tucked him up from slightly back-of-a-length and forced a faint inside edge. The suspicion was that Malan has been vulnerable to this dismissal before, the portcullis not quite falling in time, but it would not be altogether surprising if data analysts were able to pore through hours of footage to prove otherwise.

From 135 for 4, with Brook’s innings yet to take shape, the match was in the balance, but Brook found good support from Duke and Dom Bess in stands of 91 and 71; if that continues, a wicketkeeper at No. 6 and a spin-bowling allrounder at No. 7 promises excellent balance. Duke found momentum with three boundaries in an over against Shaw, fortunate perhaps that Charlesworth flinched at backward point as he failed to pick up the flight of the ball.

As Brook assumed control, Gohar’s left-arm spin played an important holding role. He made an impact last season with 11 wickets against Durham and was the first signing made under the new head coach, Dale Benkenstein. Brook, having his first sight of him, played him circumspectly, and failed to take a boundary off him. There was a wicket, too, Duke, caught at the wicket trying to dab.

Many in the south-west feel that Gloucestershire can finish above Somerset this season, although the way their West Country rivals have started that assumption may not mean too much. Behind the game here, there is nevertheless a solidity about them that augers well and Gohar can make a vital contribution to that. 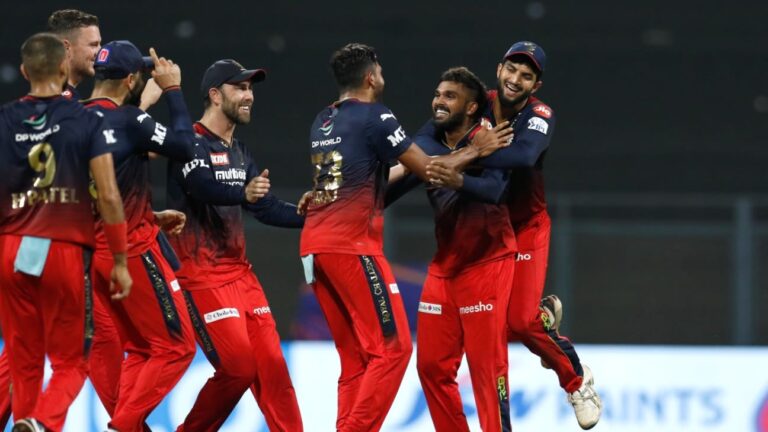 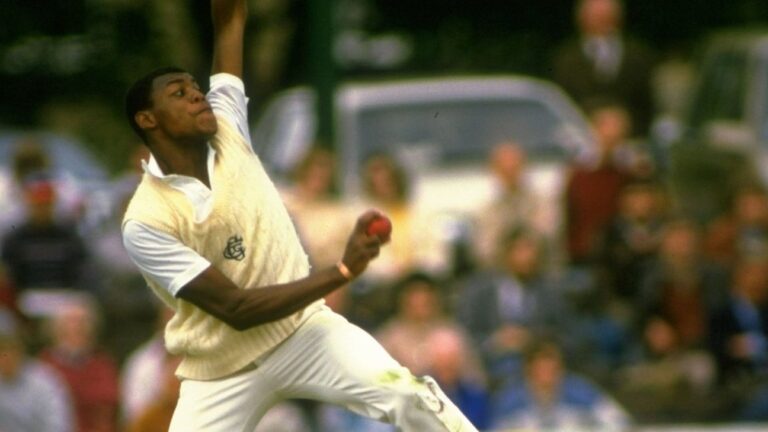 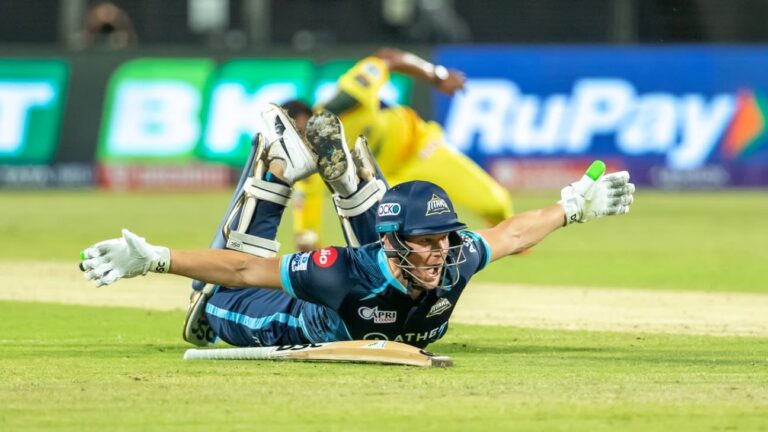 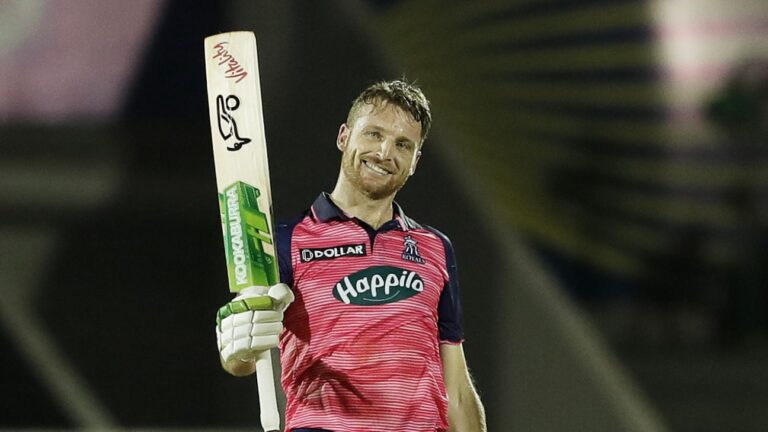 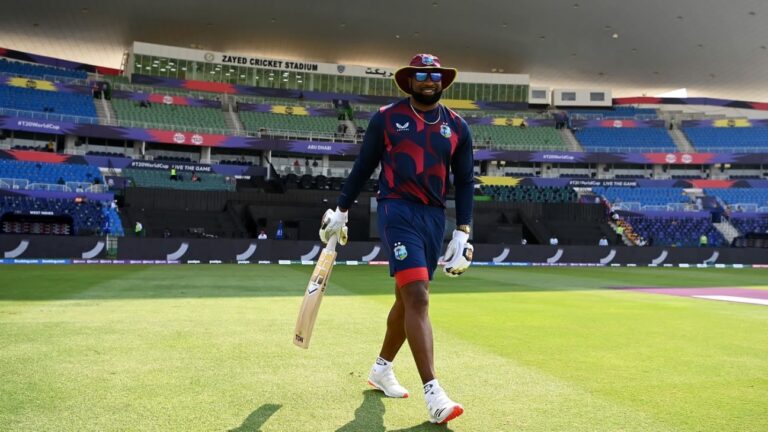 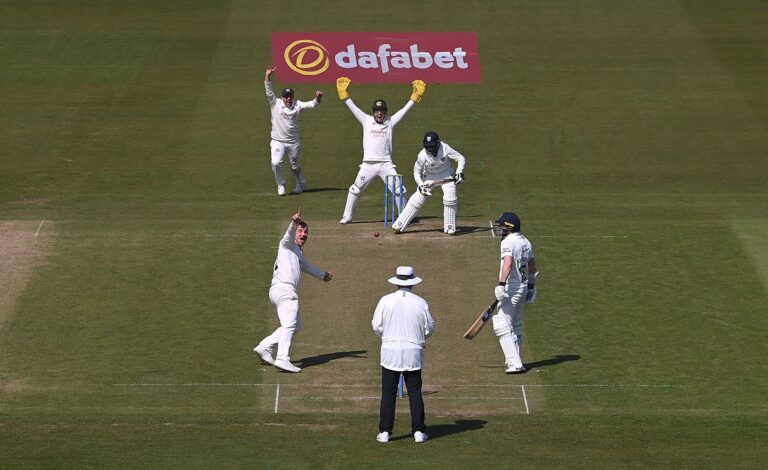