The Green Bay Packers are notoriously conservative with trades and free agents, but their missed opportunities in the NFL Draft are the most heartbreaking.

Despite his ability to select secondary stars in later rounds and identify starting-caliber quarterbacks, Bill Belichick has not been one to identify the next great receiver. He did draft Julian Edelman, who ironically also played quarterback in college, and initially adapted him to become a punt returner. But Edelman, and even surefire Hall of Fame tight end Rob Gronkowski, are the exception more than the rule.

The truth is, the Patriots tried and failed to supplant Brady’s offense with weapons, but those 2009 and 2010 draft picks would be the offensive pillars for the next decade. There are many examples of this, the most glaring being the selection of wide receiver N’Keal Harry with the No. 32 pick in the 2019 NFL Draft. Deebo Samuel was selected four picks later, and A.J. Brown, Mecole Hardman and DK Metcalf were all taken later in the second round.

The problem is even worse for the Green Bay Packers, amplified by one distinct aspect: The Patriots have at least tried to play the free agency and trade deadline field. To rectify their draft misses, they did try to bring in Josh Gordon and Antonio Brown, and while neither situation worked out, it was still an acknowledgement of a glaring receiving need. They also signed cornerback Stephon Gilmore, who went on to have a DPOY-winning season in 2019. Two years after his award-winning season, the Green Bay Packers were vying for Gilmore — but they lost out, the way they did with Odell Beckham Jr. that same season.

Zone Coverage’s Ethan Thomas illustrates the harmful holding pattern to which the Packers seem to be glued, which indicates that courting players from around the league is never a priority.

If Green Bay is reluctant to sign and trade, the least they could do is draft, but even that hasn’t been successful enough. The Packers haven’t faltered at quarterback for nearly 30 years, and wide receivers like Jordy Nelson and Davante Adams flourished with Aaron Rodgers until they eventually left. The Packers drafted Christian Watson to replace Davante Adams, a decision that didn’t truly pan out until Week 10.

The recent demotion of Amari Rodgers, a punt returner drafted in the third round of the 2021 NFL Draft, revives that persistent feeling that the Packers missed big in the NFL Draft. Shortly afterwards in the fourth round, the Detroit Lions selected Amon Ra St. Brown — someone who actually could have done a stellar job at replacing Davante Adams.

Dating back to 2012, here are a few franchise-changing players the Packers could have landed with the draft capital they possessed.

The Green Bay Packers could have drafted Travis Kelce, Cooper Kupp, and more

While Latavius Murray has played backup for the majority of his career, the sixth-round steal by the Raiders is still active in the NFL, while Lacy’s NFL career ended in 2017. Aaron Jones was drafted in 2017 to address that need at running back and the position has been secure ever since, which may not have happened had Murray been drafted instead. Still, the Packers could have avoided the disappointment with Lacy by drafting Murray, a reliable back who continues to make the NFL cut.

As far as Lacy and Kelce, these are two different positions, so the argument falters a bit in that Kelce wouldn’t have satisfied the need for a burly running back. In all fairness, the rest of the NFL also overlooked Kelce for two rounds of the draft, and there were four tight ends drafted ahead of him.

But imagine what the Packers could have accomplished with Kelce over Lacy. Kelce is a 7-time Pro Bowler, 4-time All Pro and Super Bowl champion. He’s also the key that unlocks the electric Kansas City Chiefs offense. Lacy, on the other hand, spent four years with the Packers before a year in Seattle, with 2017 marking his final NFL season.

To bolster their offensive line, the Packers selected offensive tackle Jason Spriggs with the No. 48 pick in the 2016 NFL Draft.

That came one pick after the Saints selected Michael Thomas, who would be a sight for sore eyes had the Packers been able to land him in the second. The Packers took Kenny Clark with their first-round selection, and it’s tough to argue against that pick.

Though Spriggs was a right tackle, there are two other notable offensive lineman the Packers overlooked to take Spriggs: Cody Whitehair and Joe Thuney. Spriggs battled injuries and only stayed with the Packers until 2019, while Whitehair and Thuney are still strengthening offensive lines today. It’s not a direct parallel position-wise, and Spriggs was a projected second-rounder. Still, it’s tough to know what the Packers could have had today instead of drafting someone gone so soon.

The Packers also doted on linebackers later in the draft, selecting Kyler Fackrell in the third round and Blake Martinez and Dean Lowry in the fourth. Lowry is still on the team, but the Packers could have potentially taken Deion Jones or Yannick Ngakoue instead. Funnily enough, they passed on De’Vondre Campbell in this draft as well, a former Atlanta Falcons linebacker who counts himself among Packers today.

Once again, the Packers missed at a particular position when they could have landed someone else, let alone a number of stars at other positions.

In the second round of the 2017 NFL Draft, the Packers selected cornerback Kevin King, then safety Josh Jones. One pick directly after Jones was wide receiver JuJu Smith-Schuster.

The Packers decided to draft wide receiver DeAngelo Yancey in the fifth round, passing up on wideouts like Smith-Schuster, Cooper Kupp, Chris Godwin and Kenny Golladay, to name a few. Green Bay also passed up on tight end George Kittle. It’s painful to know Jones only lasted a year with the Packers when they could have taken Smith-Schuster or any of these other potential receivers instead.

But once again, these are different positions: it’s hard to criticize a team for not drafting a receiver that high when they really needed a safety. The problem is, the Packers also passed up on Eddie Jackson, who fell all the way to the fourth round. The team could still use Jackson, who’s been considered one of the top safeties in the league.

The Packers did address their running back need without Lacy by selecting Aaron Jones and Jamaal Williams, two players who are still in the NFL and who were fantastic value picks for where they went in the draft. But, the Packers also had the chance to draft Alvin Kamara, Kareem Hunt or James Conner instead of Josh Jones.

It’s hard to fault the Packers for their running back choices because they still managed to land a top NFL running back late in the draft, yet a post-draft reflection illustrates how one miss in an early round can create regret around the star players passed over instead.

Should Green Bay regret passing over players like Travis Kelce and Cooper Kupp?

Like many NFL teams, the Packers have plenty of hits and misses in the draft, and every team has a unique strategy for how to cope with that. A team like the Los Angeles Rams may splurge and collect veteran free agents, which is one way to pave a path to the Super Bowl. Other teams build incredible rosters through a single draft, such as the 2012 and 2022 draft classes for the Seattle Seahawks.

For the Packers, there have been considerate attempts to rectify team needs. But as many Green Bay fans lament, the approach often doesn’t feel aggressive enough — especially on a team with Aaron Rodgers, where the winning needs to happen sooner rather than later.

With Baker Mayfield on his way out of Cleveland, Bengals QB Joe Burrow gave his take on the soon-to-be former Browns quarterback. Mayfield was plenty competent as a starting quarterback, but after an injury-plagued season in which the Browns missed the playoffs, they opted to upgrade at the position. Cleveland… 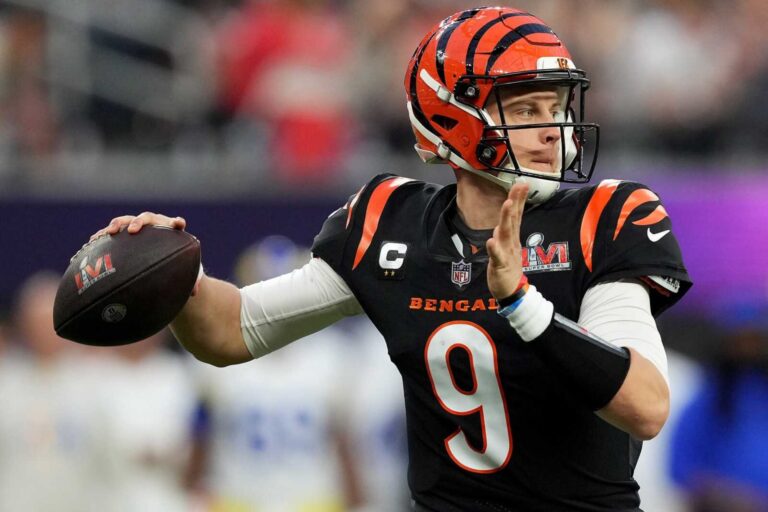 Bills-Jets and Seahawks-Cardinals are among the most interesting NFL matchups in Week 9, but what games will be available in your area? The month of November is here and the halfway point of the NFL season is coming up. Most teams will have completed nine games after Monday night’s action…

The 2022 NFL regular season is nearing the quarter pole, and we’re starting to see who is good, and who is in for a long year. As always, all odds are courtesy of our partners at WynnBet. Matchup Miami Dolphins 3-0 Cincinnati Bengals 1-2 Thursday, Sept. 29 8:15 p.m. ET…