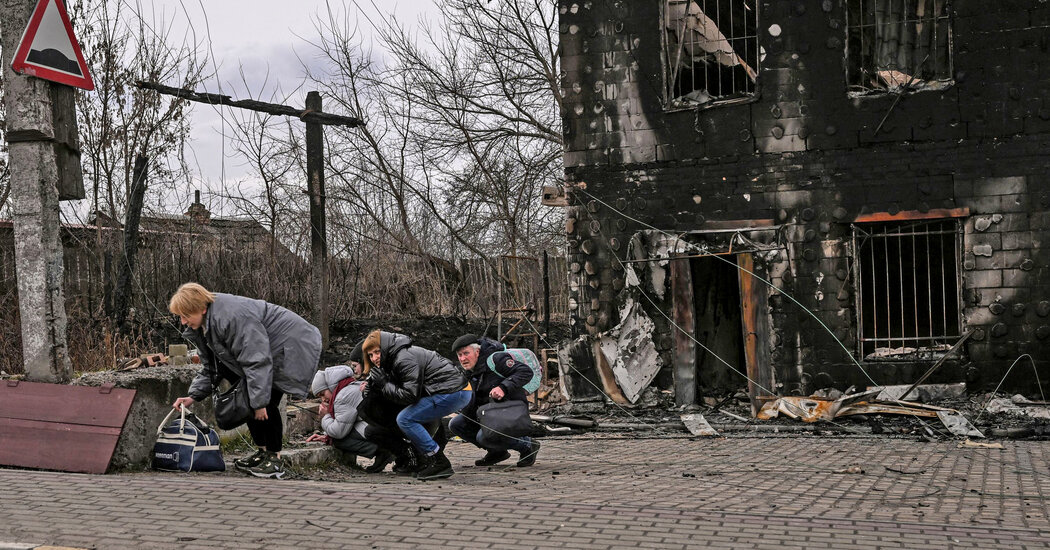 When I finally talked her into leaving, we were too late: Russian troops had taken over Bucha. The first reports about locals being slaughtered by Russian soldiers started appearing; I could not stop picturing my mother as the next victim. I saw photographs of places I’d been to with my mother — like a shopping mall near her apartment — that had been demolished. I told her not to leave the basement of her building, if possible, but she didn’t listen. Only when she came under heavy shelling while shopping for groceries did she stop going out. She’s always been stubborn.

For the next 10 days, she stayed in that basement. There was no electricity or heating, and she was running out of food and water. It was terrifying: Artillery fired nonstop while Russian tanks parked next to her building. When her neighbor tried to take a picture, he was shot — luckily, he survived but his apartment was ruined. Not long after, Russian soldiers visited the building: They inspected residents’ homes, checked passports and took away mobile SIM cards. (My mother, in a remarkable flash of cunning, gave them the wrong one so she could keep in touch with me.)

The ordeal was intolerable. My mother, hungry, exhausted and frightened, finally agreed to leave. Two days later, on March 10, she managed it, escaping through a humanitarian corridor to Kyiv. She was shaken up when I met her. I covered her in all the duvets and blankets I had and put her to bed. But in the night, I could hear her groaning. When I asked her what she was dreaming about, she said that the Russians were torturing her. It was the sign of a trauma that will stay with her for a long while.

The next day I put her on a train to safety. She’s now in western Ukraine, staying with some relatives, an internally displaced person once again. She lost her job and her home, twice. Yet she’s lucky to be alive, unlike hundreds of her neighbors buried in Bucha’s mass graves. They join at least 1,964 other civilians whose lives have been extinguished by Russian force.

Bucha itself, or rather what is left of it, is free now. Russian troops withdrew from Kyiv’s environs by April 6. They’re redeploying to the east, where a battle for the Donbas lies in store. The war, which began in the east eight years ago, is returning there for its culmination. Given Russia’s brutality — which now extends to the possible use of chemical weapons in besieged Mariupol — it’s likely to be a terrible contest.

For Ukrainians, it will be the latest installment of horror. But the country, like my family, is standing strong. East and west, displaced and not, Ukrainians have acted with bravery and resilience. No matter what Russia does to us, we refuse to be beaten.

PUNXSUTAWNEY, Pa. — It’s Groundhog Day and people are waiting to learn whether a furry critter in a western Pennsylvania town will predict an early spring or six more weeks of winter. People will gather Thursday at Gobbler’s Knob as members of Punxsutawney Phil’s “inner circle” summon him from his… 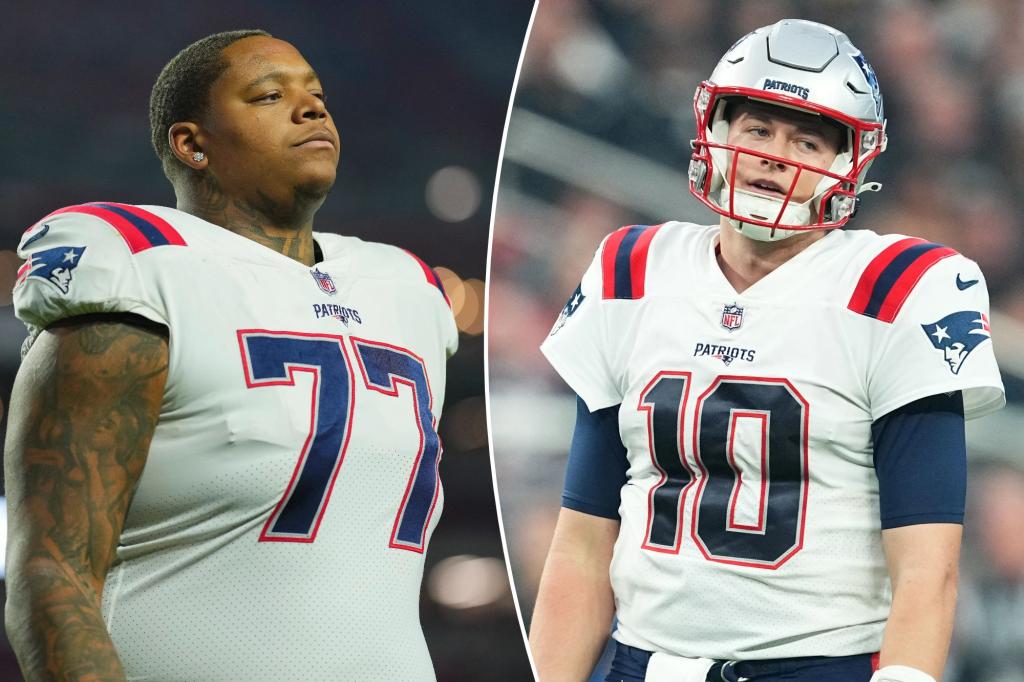 Trouble in New England? Patriots left tackle Trent Brown was caught liking an Instagram post that suggested New England should replace quarterback Mac Jones – whom the team drafted No. 15 overall in 2021 – with either Tom Brady or 49ers quarterback Jimmy Garoppolo, according to screengrabs shared on Twitter…. 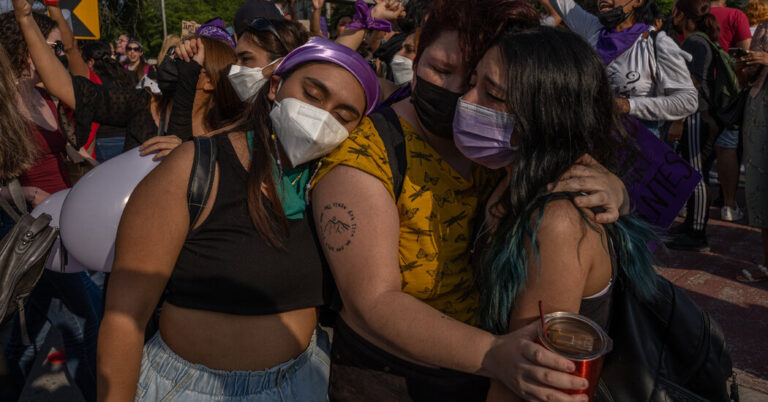 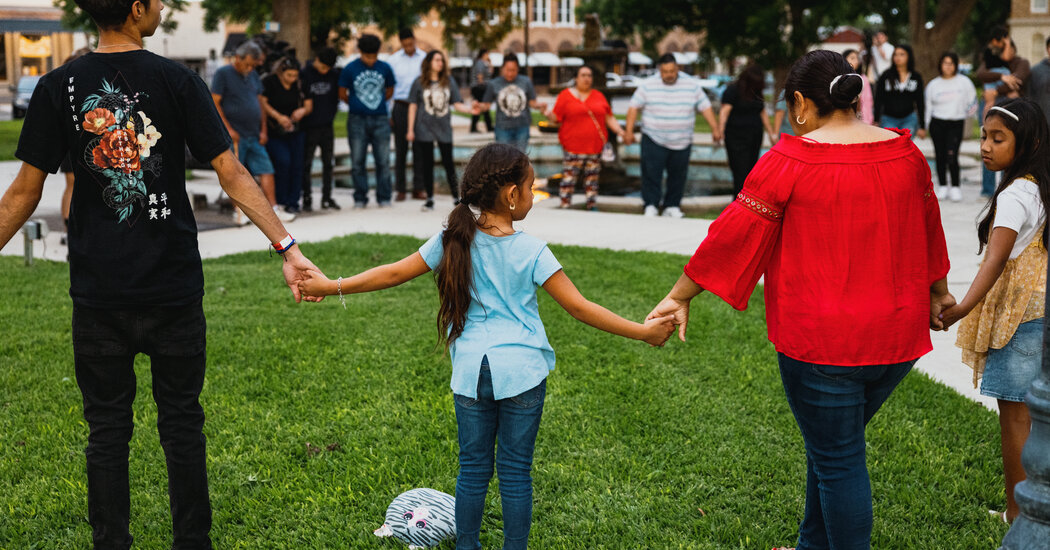 What can the experience of some of the Sandy Hook parents tell us about what now awaits those who lost children in Uvalde, Texas? Check out our Latest News and Follow us at Facebook Original Source 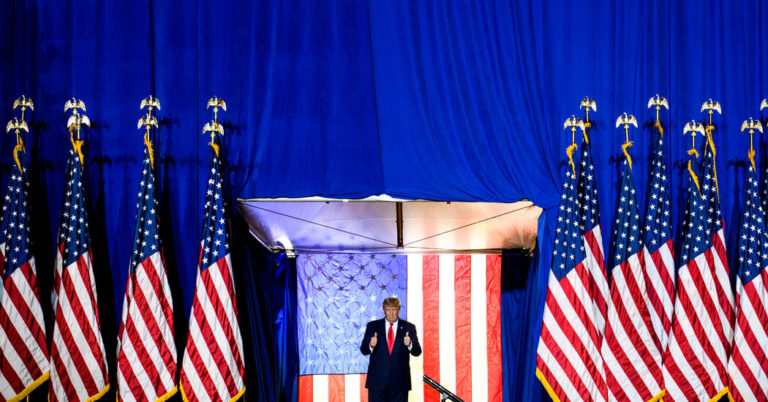 The endless stream of party fund-raising messages that use Mr. Trump’s name — and sometimes make it seem like the money goes to him — is evidence of his pull with small donors. Polls also show that most Republican voters value his endorsement. “His domination of the party at the… 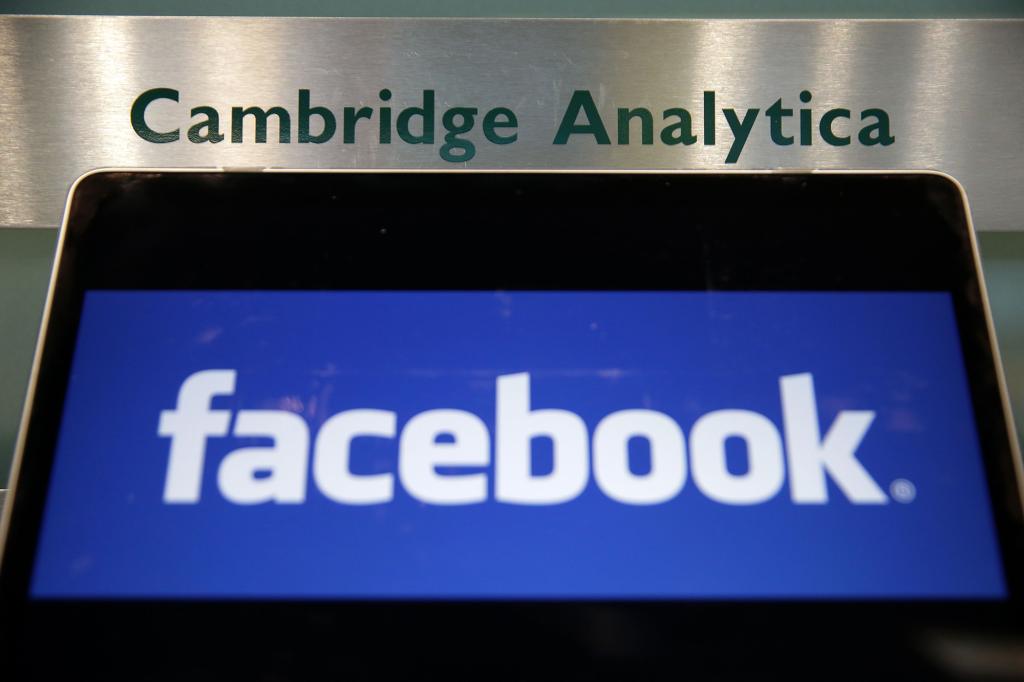 Meta, the parent company of Facebook and Instagram, has settled a lawsuit filed against it in the wake of revelations that the company fed data from millions of users to Cambridge Analytica, a research firm which supported Donald Trump in the 2016 presidential election. Filings in San Francisco federal court…