For most parents, picking up your kids after school is a relatively straightforward experience—well, unless you’re Natalie Portman or Chris Hemsworth, that is.

The Black Swan actress, 41, shared that when she was filming Thor: Love and Thunder in Australia, she once spotted her co-star, 38, attempting to pick up his kids during the after-school rush without being noticed.

“Chris’ kids, for a period of the shooting, came to town and went to the same school as my kids,” Natalie said on the June 24 episode of Jimmy Kimmel Live! “One day, we ended up at school pick up at the same time and I just felt so bad for him.”

While the actress—who is mom to son Aleph, 11, and daughter Amalia, 5—acknowledged that Chris is “really famous everywhere,” she explained that factor is multiplied exponentially in his home country.

To remain undetected, Natalie watched Chris try to hide behind a tree until his kids—daughter India, 10, and twin sons Tristan and Sasha, 8—arrived but was “unable to, obviously” given his fame.

Mariah Carey is serving up all the ’90s nostalgia. Twenty five years after the release of the theatrical music video for her song “Honey,” the pop star enlisted some special guests to recreate an iconic scene for social media. In a video shared to TikTok on Sept. 17, Mariah sits in a makeup…

Oprah Winfrey is honoring a legend. Sidney, the documentary detailing the life and legacy of Sidney Poitier, is officially on its way to our screens. And on Sept. 23, the producer posted a powerful teaser for the documentary to her Instagram page, giving us a glimpse into the world of the iconic actor and the impact…

Wayans also weighed in on Will Smith‘s 2022 Oscars slap incident with Chris Rock, sharing that he reached out to both men afterwards to check in. “It was interesting,” he said. “I think part of us is like, ‘Wow,’ because for years, we had no idea Will had that in him.” When…

Bruce Willis has still got game. Almost three months after the actor’s family shared he was diagnosed with aphasia, his wife, Emma Heming, posted a video of the Die Hard alum playing basketball with a group of friends.  In the May 23 Instagram Story, captioned, “I see you BeeDub,” Bruce, 67, could be seen catching a bounce pass from… 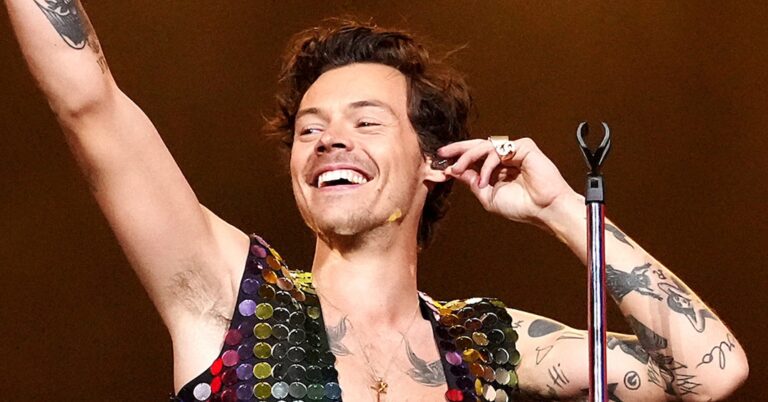 Harry Styles lit up the Coachella main stage like nobody else!  On April 22, the “Watermelon Sugar” singer, 28, returned to the Indio, Calif., desert to headline the music festival for its second weekend, performing a medley of hits new and old, which included his latest single “As It Was” and fan-favorite unreleased…