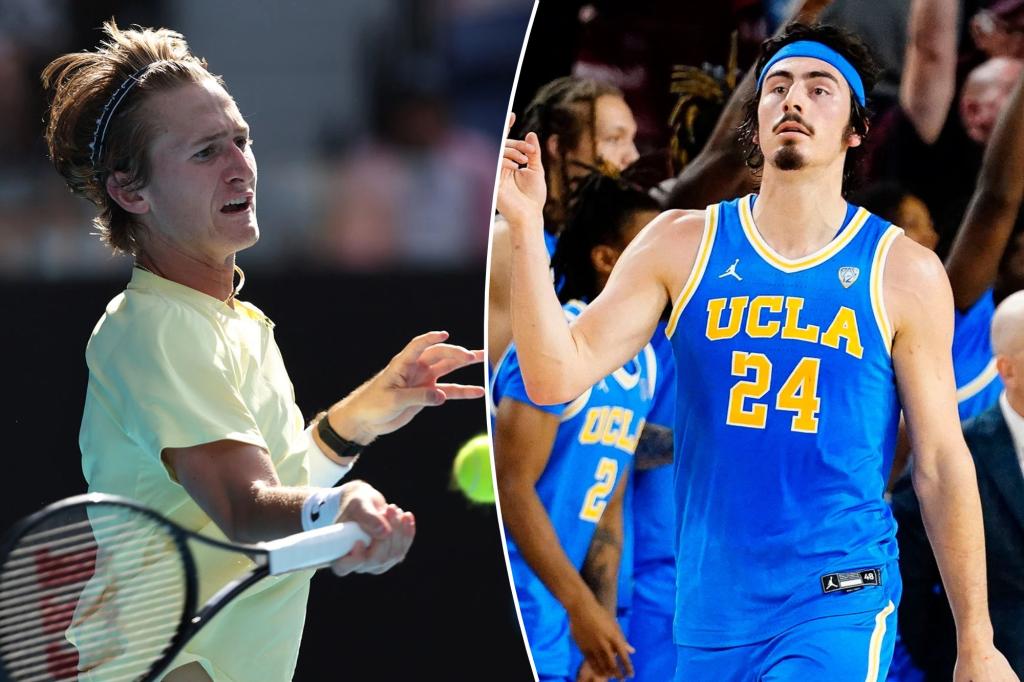 Get plugged in on the latest in sports media

Fox Sports and ESPN have decided to have second-rate operations for some major sports, which reflects poorly on the networks and the events they are covering.

Let’s start with Fox Sports, which embarrassingly failed to have its announcers at each of its college football games in the fall, reportedly did not initially plan to send many of its broadcast teams to the World Cup (eventually it did, thanks in part to a sponsorship deal with Qatar Airways), didn’t have announcers at MLB games that aired on FS1 and now, in the latest absence, failed to have announcers courtside for a big Pac-12 men’s basketball battle between No. 5 UCLA and Arizona State this week.

As for ESPN, it is treating the Australian Open as if it is not a grand slam. Chris Fowler, John McEnroe and the rest of its top announcers are in Bristol — not in Melbourne.

What is ESPN saying to its tennis audience? What is it saying to its partners? It is saying it is not very important to have the best coverage.

“When I saw they weren’t coming on an email, I was bummed,” Tammaro said. “You’re just bummed out.”

Declined comment: Fox Sports and ESPN both declined comment when asked how much money they are saving. With the pandemic health protocols no longer a legit excuse, this is just a money decision. It’s a way to cut corners.

Be careful: If you tell viewers that what they are watching is not important, they will eventually believe you. If you tell your broadcast rights partners they are not that important to you, they will go elsewhere at some point. You also are putting your announcers in a bad position.

The networks are deciding a lower-quality broadcast is worth it to them to save money. Maybe, but it is hard for me to see how any TV decision-makers who care about production value and being the best could support not putting their people in the optimal position to succeed, especially on top college basketball and tennis events.

MLB Network will have the Hall of Fame announcement at 6 p.m. on Tuesday. They have ancillary programs before and after the reveal of who (if anyone) will get into Cooperstown. … NBC Sports said it had 808,000 viewers for the Jan. 15 stream of Tottenham-Arsenal on Peacock. The numbers were courtesy Adobe Analytics, via NBC. That seems like a significant figure. These soccer numbers might show that a dedicated audience will migrate to streaming for highly desirable  programming. … Bill Walton’s alternative cast on NBA League Pass app is a good idea because Walton has the type of personality that can work on these broadcasts. On a regular call, Walton can get a bit in the way if you are really into the actual game you are watching. But when you are opting in to view Walton, Jason Benetti and friends, it makes sense because you are choosing to go in the way-out machine. Alternatives such as this and the Manningcast are not the future of broadcasting. These alternative broadcasts will be a part of some presentations, but it is going to be a long time, maybe never, before the traditional two-person or three-person crews that call games are replaced. … Dreaded Oops: Fox Sports’ Rob Gronkowski, on the big desk Saturday, was so close, yet so far, to saying Eagles’ offensive coordinator Shane Steichen’s name correctly. Gronkowski said, “Eagles offensive coordinator Shane Spikeman.” Here’s the clip. Meanwhile, after the Chiefs win, NBC’s Maria Taylor either had a little slip of the tongue or really doesn’t like Kansas City. Here’s the clip.

In golf parlance, LIV Golf’s TV deal with The CW starts in the bunker, but has a good lie that with a proper wedge could land on the green.

The first thing for LIV that makes it not great: It’s not Fox Sports. With NBC, CBS and ESPN/ABC thought not to be real contenders for LIV, Fox Sports potentially could have been a fit, but Fox said no to the revenue sharing with no fee that The CW ultimately agreed to with LIV.

Besides Fox Sports’ superior reach, this would have made LIV more mainstream with a better chance for acceptance and growth.

With the opening rounds of its tournaments available exclusively on The CW app, LIV will feel very niche — even with some of the world’s top players involved. And though the Saudi-backed tour’s goal may be able to succeed with “sportswashing,” there doesn’t really seem to be a plan at the moment for having a viable business. The CW deal is a start, but the network is actually distributed less widely than YouTube, and I don’t think, as opposed to a platform such as Fox, it will give potential LIV sponsors enough of a cover to really want to get too involved. And though LIV officials are acting as if it was all good, it really isn’t that great.

I thought this from Golfweek’s Eamon Lynch put it well:

“Alert to an opportunity to impress his boss, LIV’s chief media officer, Will Staeger, conjured a version of events that would have even George Santos calling for narrative restraint.

“‘Following a competitive bidding window with multiple U.S. networks and streaming platforms, the sports story of 2022 has just moved into pole position for the top story of 2023,’ [Staeger] wrote in a social media post.

“Staeger’s comment raises two questions for those among us predisposed to cynicism: did autocorrect change ‘begging’ to ‘bidding,’ and how does a competitive process among multiple parties result in giving away the product for free to the worst-case option?”

All media is evolving, and WFAN — the top sports radio station in the country — is no different. Sweeny Murti, gone after three decades with the station, joins a long list of FAN’s core that is either no longer with the station or has a reduced role. Murti, who announced his departure on Friday, joins Mike Francesa, Steve Somers, Joe Benigno, Eddie Coleman, John Minko and ex-program director Mark Chernoff as former staples of 660 AM/101.9 FM.

Murti had been on the Yankees beat for 22 years, but in recent years had stopped traveling. FAN also has become less reliant on regular spots, most notably in the afternoons, when Craig Carton is not a fan of them, which follows the philosophy of “Boomer & Gio” morning producer Al Dukes, who doesn’t like most interviews.

Murti had remained full-time even as his role went from traveling with the team to doing just the post-game show. FAN offered to keep him on the post-game part-time, but he declined.

The sports media business has changed, and COVID has accelerated for some outlets (not The Post, thankfully) the idea that you don’t have to be there to cover a team properly.

Institutional knowledge is lost, which the people who either don’t know better or don’t want to know may not fully understand. Murti had a very nice run on New York radio for three decades. The FAN loses that institutional knowledge without him. Good thing its hosts can still read the papers. 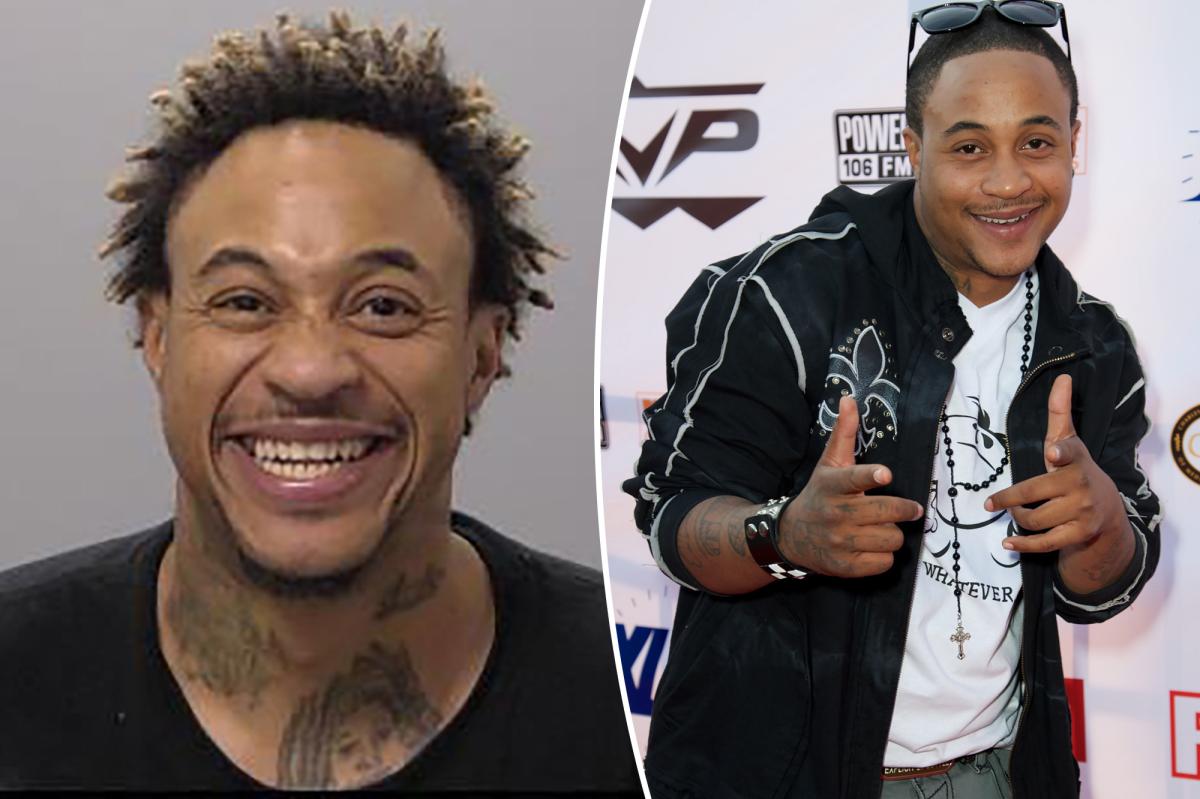 Orlando Brown was arrested in Ohio on Thursday for misdemeanor domestic violence. The “That’s So Raven” alum was apprehended after the Lima Police Department “got a call about a fight in progress,” according to TMZ. The outlet reported on Friday that the actor’s alleged altercation was with a family member… 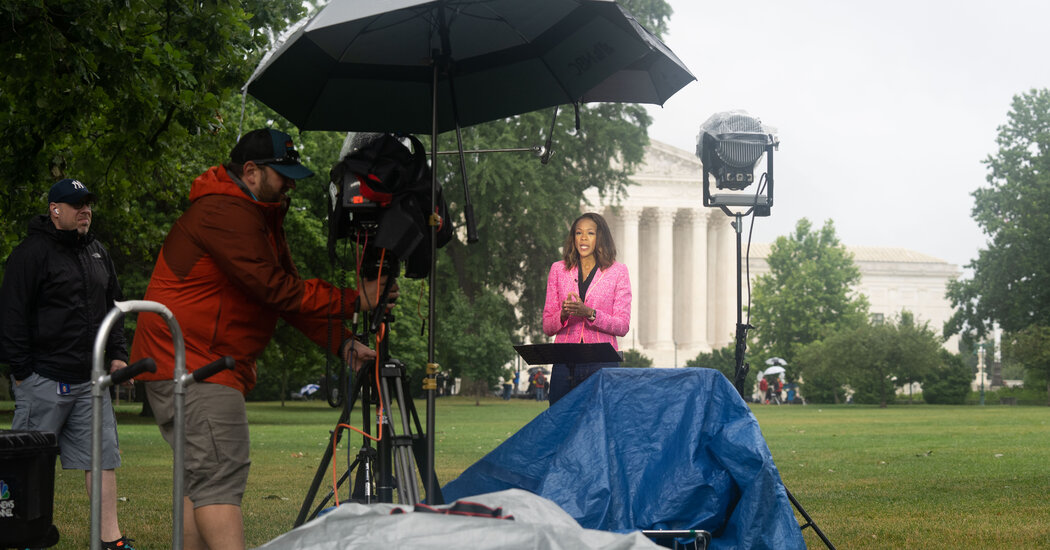 WASHINGTON — The nation’s capital, so often a backdrop for inaction, had seldom witnessed anything quite like it — two branches of government splintering in opposite directions on guns, one of the country’s most divisive issues, in the space of two hours on a single day. At a little after… 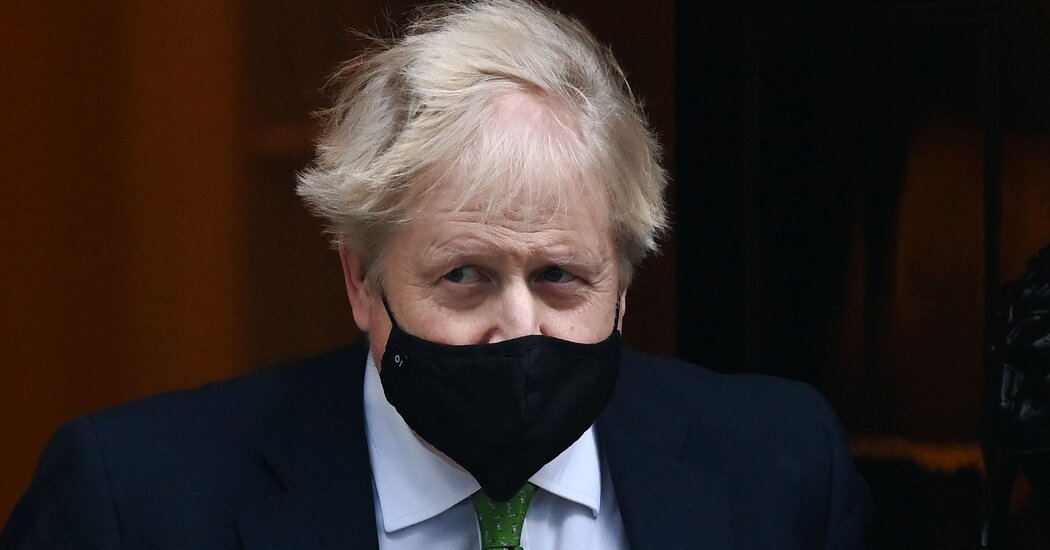 LONDON — One of his predecessors described him as a “greased piglet”: a man who could slip out of any tight situation. And despite a damaging scandal involving parties during Britain’s coronavirus lockdown that brought him a fine and a stinging official report, Prime Minister Boris Johnson might have expected… 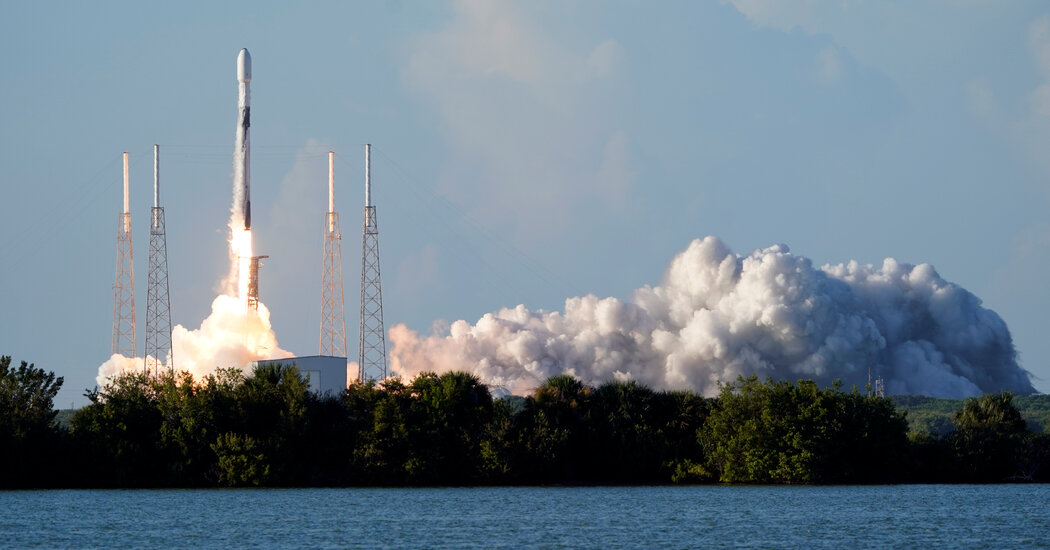 Joining the list of nations with ambitious plans in space, South Korea set off for the moon on Thursday. Its first lunar spacecraft, named Danuri, was carried toward space on time at 7:08 p.m. Eastern time by a SpaceX Falcon 9 rocket, which launched from Cape Canaveral Space Force Station… 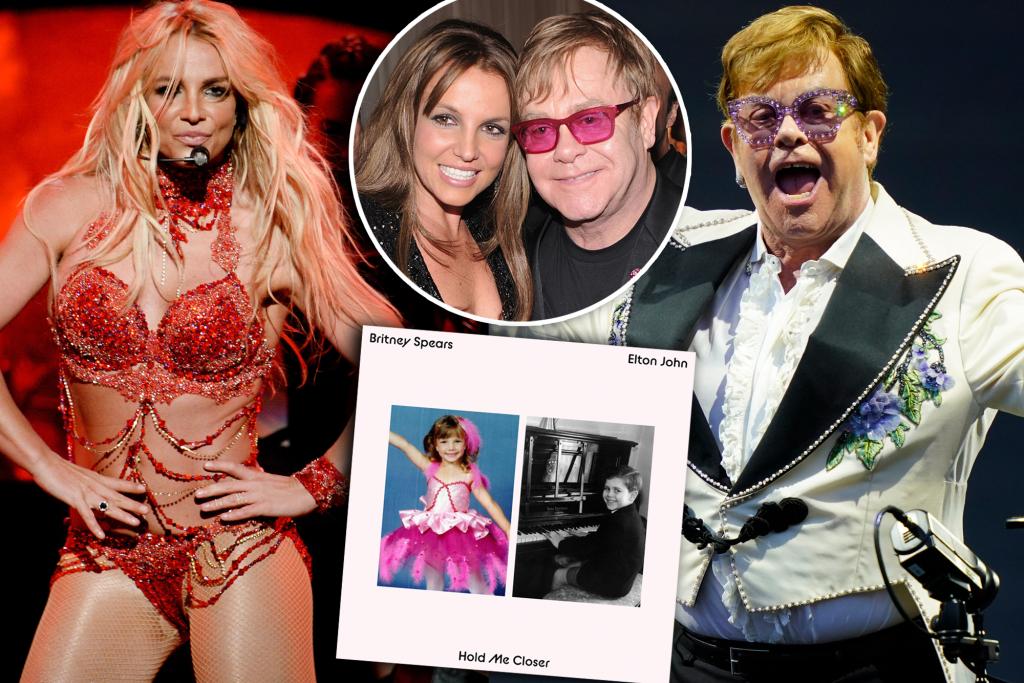 It feels as if the whole world has been embracing Britney Spears since the #FreeBritney movement began in 2019. And finally freed from the 13-year conservatorship that ended last November, the pop superstar is now getting some support from Elton John — a music legend who knows how it feels… 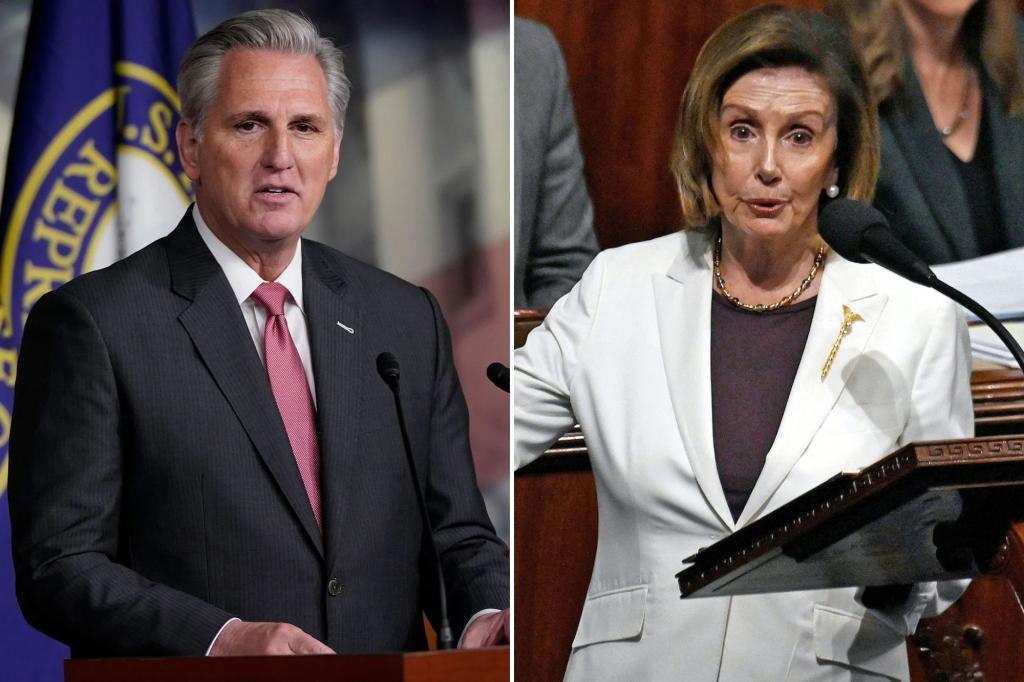 House Minority Leader Kevin McCarthy (R-Calif.) told reporters Thursday that he skipped House Speaker Nancy Pelosi’s (D-Calif.) leadership retirement speech because he “had meetings.”  McCarthy, who is in line to replace Pelosi as House speaker, wasn’t the only Republican to miss the address. The Republican side of the lower chamber…