ESPN criticized after several nominated female athletes were not invited to ESPY Awards.

The 2022 ESPY Awards are set to go down in Los Angeles on Wednesday but one of the biggest nights in sports will have a dark cloud hanging over it after several nominated athletes were not invited to the ceremony.

Of the athletes speaking out about their lack of invitation … they are all women.

Nicole Baxter the teammate of ESPY nominee Caprice Dydasco took aim at ESPN for withholding a seat at the ceremony.

“In what world would @espn nominate Cappy for best NWSL player and then tell us that category is not invited to the ESPYS????????” Baxter tweeted. “The constant disrespect for womens sports SMH.”

Like really….who in the room from @espn @ESPYS decided it was a great idea not to invite @MarchMadnessWBB NPOY DPOY….not one person was able to see the uproar this would cause? There’s definitely something wrong with the make up of the room……the fight continue….#WBBSTANDUP

The network chalked up the snubs to new COVID restrictions and a smaller venue, according to a statement given to Insider.

The venue, the Dolby Theatre, seats over 3,400 people. There are just 132 athletes nominated, leaving another 3,000 empty seats assuming the nominees are granted a plus one.

Boston’s agent doesn’t buy it, and we agree.

“Miss me with the COVID excuse and just say you didn’t see the value of having one of the most decorated and dominant players in College Sports – a Black Woman – at your event. But Title IX,” she tweeted. 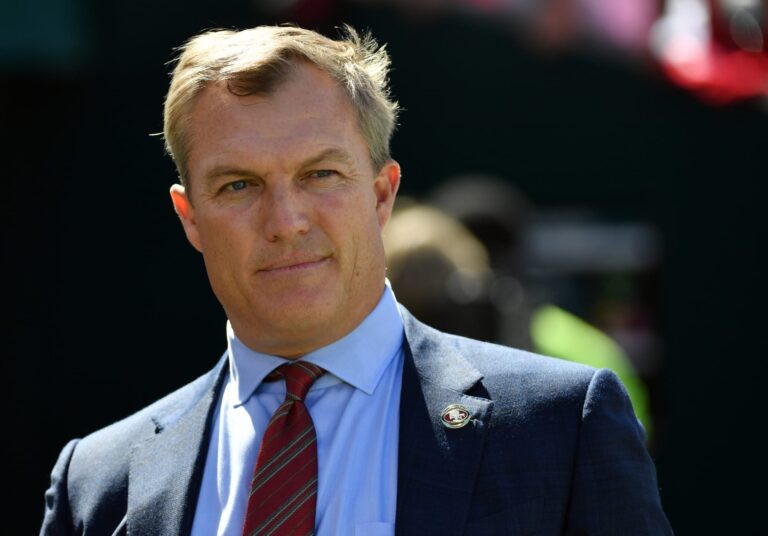 San Francisco 49ers general manager John Lynch spoke with the media on Apr. 25 and said he does not want to trade Deebo Samuel. Wide receivers have been on the move throughout the NFL offseason, as evidenced by the trades of Davante Adams and Tyreek Hill. One of the latest…

Boston Renegades wide receiver Adrienne Smith reflects on a historic WFA season as the Renegades relish a four-peat championship year. Many football fans recall their first memory seeing the NFL on television. A three-year-old Adrienne Smith was among them, and she even began practicing her moves against a formidable opponent:…