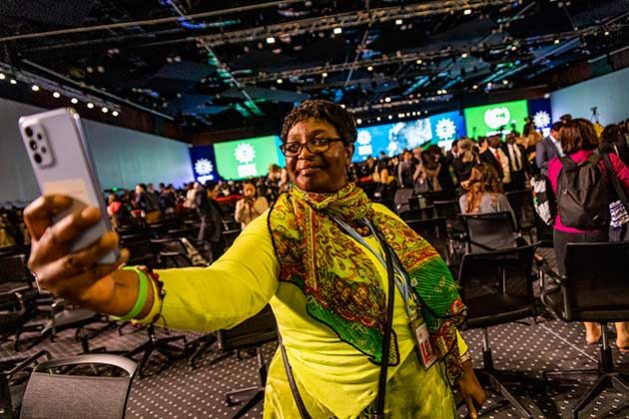 BRUSSELS, Jan 25 (IPS) – In 2022, Saudi Arabia “quietly” sentenced Salma al-Shehab to 34 years in prison over her Twitter activity, marking the longest Saudi sentence ever for a peaceful activist. Fast forward and award-winning Ugandan author Kakwenza Rukirabashaija was charged with two counts of “offensive communication” after making unflattering remarks about the president and his son on Twitter. The message is clear: your well-crafted 280 characters can land you in jail.

But what if, not only your online expressions could put you behind bars, but that the internet, today’s window to the rest of the world shuts down? No internet connection at all, 100% offline. It is not a plot from a sci-fi movie gone wrong, this is happening today. Access Now and the #KeepItOn coalition documented in 2021 for instance, at least 182 internet shutdowns in 34 countries as a tactic to suppress dissent and quell unrest.

The data, based on the largest survey of civil society regarding the barriers they face in a digitalizing world, was published today in a report by Connect Humanity: “State of Digital Inequity: Civil Society Perspectives on Barriers to Progress in our Digitizing World”.

The survey finds that while civil society sees the internet as critical, a lack of access to technology limits their impact.

Digitalisation: what civil society networks have to say

To understand some of today’s challenges and solutions when it comes to rights-based digitalisation, we reached out to civil society networks across Africa grappling with this issue.

Technology advances have brought increased surveillance and new risks for civic space – for example, in the Democratic Republic of Congo, access to internet and text messages services were limited during election periods. All of a sudden you couldn’t write a message on WhatsApp, whatever its nature.

“African countries that went to the polls in recent years have developed an affinity to restrict internet access before, during and after elections especially in countries where there are disputes,” explains Leah Mitaba of the Zambia Council for Social Development.

Zambia held elections in 2021 amidst unprecedented political and legal volatility. The elections presented immense risks not only for voters and political activists, but also for civil society organisations working on anti-corruption and environmental rights. But sadly, other examples abound: in 2021 only, governments shut down the internet in Chad, Zambia, Niger and Uganda ahead of and on the days of national elections.

“We have seen in the last five years, a close link between internet cuts and Chad’s important moments of political dispute,” says Abdoulaye Diarra, Amnesty International’s Central Africa researcher. Chad has experienced over 2.5 years in total of internet cuts or disruptions since 2016 amid increased repression of civil society and human rights activists, including a “bloodshed” in October that killed at least 50 protesters and injured dozens of others.

There are extreme cases of “digital darkness” in the region as well. Since the conflict began in Tigray, Ethiopia, in November 2020, authorities have used internet shutdowns as a weapon of information control and censorship. November 4, 2022 marks two years of deliberate internet blackouts affecting the lives of approximately six million people in Tigray and indirectly millions more.

“The shutdown is having an immense impact on my life, and I doubt if words can really express it. It felt like my worst nightmare,” says Mulu, a PhD student in Tigray.

The effects of Internet Shutdowns

In the words of Felicia Anthonio, #KeepItOn campaign manager and fighter of internet shutdowns with Access Now, “for too long, internet shutdowns have been too easy a decision for governments to make, and too easy an action for them to implement”. It’s almost as if you had a switch you could strategically turn on and off at your will.

Restrictions on the space of African civil society organisations have become more severe in the dual context of the COVID-19 pandemic and the insecurity affecting countries in the region, explains Comlan Julien Agbessi, Regional Coordinator of the Network of West African NGO Platforms (REPAOC). NGOs and associations are being accused of having “hidden agendas” or benefiting from important funds from “occult networks”.

“Some entities or umbrella organisations are considered by the government as counter-powers or related to the opposition because of their legitimate role in alerting, questioning, raising awareness and denouncing abuses and human rights violations”.

Defenders continue to be subjected to intimidation, judicial harassment and arrests for their online activities in Nigeria, Ethiopia, Togo and Burkina Faso. Fortunately, citizens and activists are also rising to the occasion. There are a lot more cases of citizens actually going to court to challenge government decisions around internet issues. There is the example of Togo, where Togolese citizens and civil society organisations went to court to challenge the government shutdown of the internet and they won the case.

“Disconnected citizens are actually citizens that are kept away from opportunities,” in the words of Gbenga Sesan of the Paradigm Initiative, a pan-African organisation which offers digital opportunities to young people.

“Both a blessing and a curse”

In 2021 Nigerians started using Virtual Private Networks to bypass the government ban on Twitter. The government had ordered internet providers to block the micro-blogging site, alleging it was being used to undermine “Nigeria’s corporate existence” through the spreading of fake news that could potentially have “violent consequences”. Once again, voicing your opinions online, could put you behind bars.

Fake news and the continued sustained critique of civil society online, is also warping perceptions and boosting polarisation in an already fragile context.

“There are a lot of myths on the work of nonprofits in Nigeria, that need to be dispelled, and the digital space is key to this, and very important for this kind of work,” according to Oyebisi Oluseyi, Coordinator at the Nigeria Network of NGOs.

In the words of the civil society platform of Cape Verde, PLATONG, digitalisation has been “both a blessing and a curse”. The COVID-19 pandemic, in particular, galvanized many African civil society organisations to embrace virtual platforms to carry out many of their activities.

With the emergence of the pandemic digital tools have turned into “a resilience tool” that allowed confined actors or those with limited movement to continue to function, explains civil society leader Comlan Julien Agbessi. “If they did not exist, they would have had to be invented, otherwise all human activity outside the biological and physiological functions of individuals would have come to a halt.”

Internet access is a basic right: if we have common problems, we also have common solutions.

Communities are building their own internet infrastructure to connect, and protect, the unconnected. Decentralised networks – where internet or communication services are localised rather than monopolised by governments or corporate giants – are rising and giving users more control and protection in countries where censorship and internet shutdowns pose an increasing risk of “digital authoritarianism”.

“When we close digital divides, we expand educational opportunities, improve public health, boost economies and create new opportunities for work. We have the knowledge and tools to get this done — now we need governments, investors, and philanthropic funders to do what the corporate sector has been unable to do — work with communities and commit the finances to make digital equity a reality for all,”said Chris Worman, Head of Strategy at Connect Humanity.

During the Covid-19 pandemic, internet access was a lifeline for many — and must today be understood as an essential public good for individuals and for organizations who provide services. This was reflected in the survey run by Connect Humanity and TechSoup, with additional distribution from CIVICUS, FORUS, NTEN, and WINGS, which showed that 91 percent of respondents believe internet access is a basic right.

We heard the promises that the digital space was going to expand, rather than restrict, our rights, while witnessing with our own eyes how this promise has been distorted and twisted. The gap or should we say – the crater – that characterizes those who have access to the digital space and those who don’t, will narrow down over the years, so they say, but this doesn’t mean that our collective rights are going to be upheld. What is access without protection? What is democratic about the digital space if most of the world’s population doesn’t have a say in how it’s being constructed and how it’s going to evolve? Are we building an ally or our worst enemy? And lastly, do we feel part of the digital process, or are we just passive consumers, or even worst, as activists we have a target on our back? Comment on this story Comment Russian President Vladimir Putin and Chinese leader Xi Jinping met remotely via video link Friday — an indication of Moscow’s latest efforts to strengthen ties with Beijing as Russia’s isolation grows in the wake of its invasion of Ukraine. As Western nations have imposed sweeping… 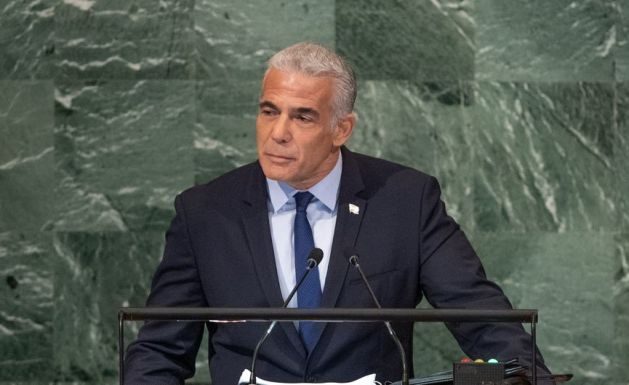 Comment on this story Comment ISLAMABAD — The Taliban treatment of women and girls in Afghanistan may amount to a crime against humanity and should be investigated and prosecuted under international law, a U.N. team of experts said Friday. The Taliban promptly rejected the allegation. The statement by the U.N.-appointed… 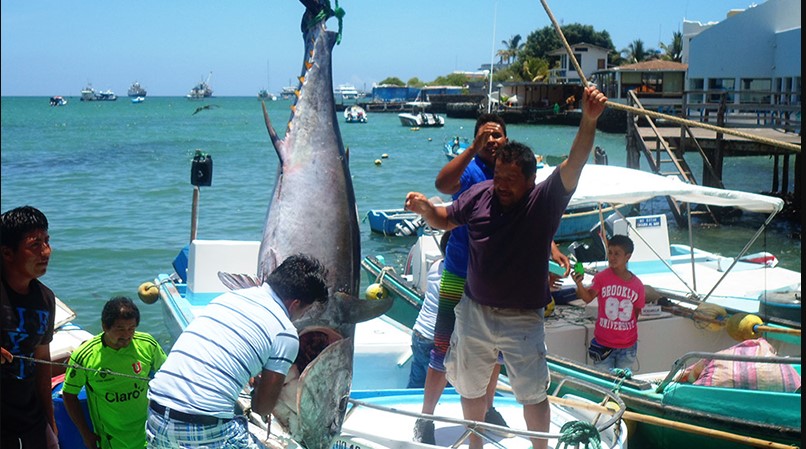 Only artisanal fishing is allowed in the waters surrounding the Galapagos Islands, where it is possible to catch large, valuable fish. The area is a marine reserve, a nursery of species for the eastern Pacific and is off-limits to industrial fishing. But its continental shelf is increasingly under siege by…

Opinion by Anis Chowdhury (sydney) Monday, January 02, 2023 Inter Press Service SYDNEY, Jan 02 (IPS) – 2022 has been a year of great uncertainty when it seemed the world perilously reached the brink of self-destruction – be it human-induced climate change or military conflict. Welcoming 2022, we had enough reasons…

“I used to work in an office, and people would come to my place of work to sell ‘West Nile honey’, named after the region I come from. I was interested to see that my region was being used as a brand, and discovered that West Nile is one of…