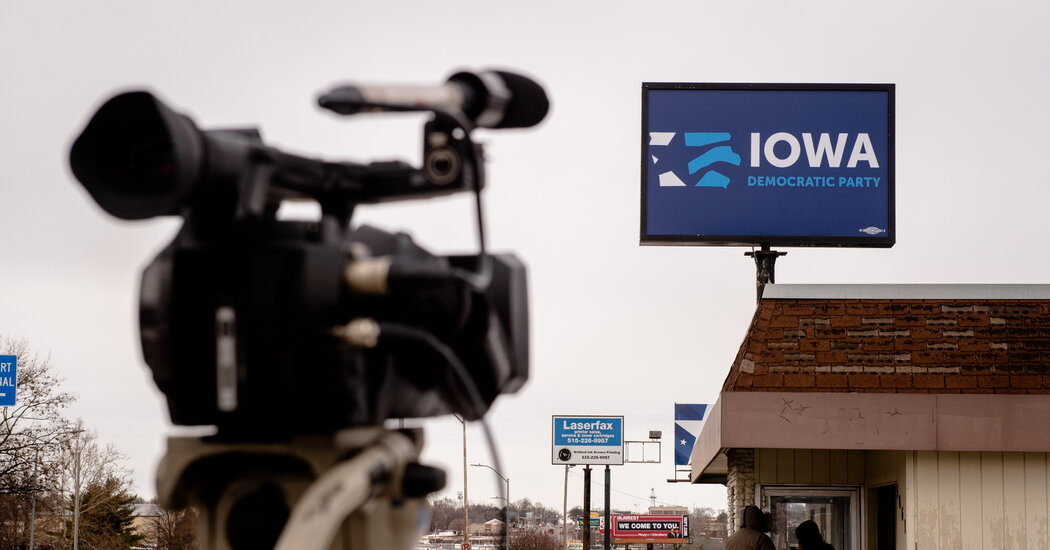 WASHINGTON — New Jersey is billing itself as a “microcosm of the country.” Washington State is highlighting its diverse communities — and robust vote-by-mail process. And as Iowa’s status as home to the first-in-the-nation presidential nominating contest looks increasingly tenuous, other Midwestern states see an opening.

Just over two years after Iowa’s disastrous Democratic caucuses, in which officials struggled to deliver results, party officials across the country are increasingly weighing whether to pursue their own early-state primary slots — a dynamic set to rapidly accelerate.

On Wednesday, members of the Democratic National Committee’s powerful Rules and Bylaws Committee voted to begin an application process that will determine which states host the first presidential nominating contests in the 2024 cycle. The outcome may overhaul how the party’s presidential nominee is chosen and reorder which constituencies have the greatest influence.

The resolution adopted on Wednesday laid out a framework for applicants, and committee leaders also detailed a timeline for assessing applications, which are due by June 3. Committee recommendations regarding up to five early-voting states — an increase from the traditional four — are expected in July, with final approval set for a vote at the Democrats’ summer meeting.

Criticism of Iowa and, to a lesser extent, New Hampshire — two states that have long opened the presidential nominating process — has grown louder in recent years from those who see them as unrepresentative of the party’s diverse electorate. Iowa has faced particular scrutiny, given high-profile missteps as well as the state’s increasing tilt toward Republicans in general elections.

On Wednesday, members of the committee gathered at a hotel not far from the White House, home to the man who finished fourth in Iowa and fifth in New Hampshire but still became president of the United States. President Biden won the nomination on the strength of later-voting, more diverse states that in some cases also had more centrist primary electorates.

He landed a distant second-place finish in Nevada before making a campaign-resurrecting comeback in South Carolina and going on to dominate contests on Super Tuesday. Those first four early states could retain their positions, but now they must apply to do so.

The resolution — which included a lengthy amendment process — urged an emphasis on racial, ethnic, geographic and economic diversity and labor representation; cited logistical questions about feasibility and matters of transparency; and raised issues of general election competitiveness. Several of those terms are subject to broad interpretation.

“Fundamentally we focused on competitiveness in the Electoral College,” said James Roosevelt Jr., the chairman of the committee. “They can be useful in different ways. They can be useful because they help a Democratic candidate become popular in that state, or because they have a track record of choosing in their state primary somebody who is effective, ultimately, in the general election.”

The committee now has one week to formally inform the states of the application process — but some have already moved to clearly signal their interest. For instance, Nevada, previously a caucus state, is making the case to go first as a state-run primary. Top Nevada Democrats sent personalized letters to members of the rules committee that described a “battle-tested early state that represents the future of the Democratic Party,” according to two copies of the letter obtained by The New York Times. (NBC News earlier reported on Nevada’s letter.)

“As a highly competitive battleground with strong union representation and one of the most diverse electorates in the country, our state offers a real test of who can put together a winning coalition,” said the letter, signed by top elected Democrats in the state.

“I was in Iowa last time, and that was just a lot of confusion,” said Representative Dina Titus, a Nevada Democrat who signed the letter and called the push “a pretty unified effort from the state,” adding, “It makes sense to pick a more representative state to go first.”

In addition to New Jersey Democrats, who are pitching their state to the national party chairman, Michigan and Nebraska Democrats are making their case, too.

“The most interesting part will be what happens in the Midwest, since many folks think Iowa may not be one of the first five states moving forward,” said Tina Podlodowski, the Democratic chairwoman in Washington State. She said that her state was “absolutely” considering applying.

Ken Martin, the chairman of the Minnesota Democratic-Farmer-Labor Party and a vice chairman of the D.N.C., did not rule out a potential early-state bid for Minnesota. He stressed instead his interest in ensuring Midwestern representation, which would become more urgent if Iowa lost its spot.

“I think it’s probably a strong likelihood that Minnesota will consider being a part of this conversation,” he said. “I don’t make those decisions on my own, but I would bet that Minnesota’s going to be in the mix.”

Scott Brennan, a Democratic National Committee member from Iowa who voted against the resolution, said Wednesday that the state intended to defend its historical status.

“I’m going to take folks at their word that they are going to be open-minded about the process,” he said, adding that Iowa would apply for consideration. “Iowa caucuses have been a great part of that early-state process.”

And certainly, it is possible that there will ultimately be no changes to the traditional lineup — though many D.N.C. members are bracing for an outpouring of interest from other states.

“The country’s changing, has changed. The demographics of the party have changed. People want to make sure the calendar reflects those changes and the realities of the party,” said Leah D. Daughtry, a veteran member of the Democratic National Committee. “That may lead you back to where we already are, or it may take you in a different direction.”

Still, not every state seemed prepared to jump into the melee.

“We have our hands full here as it is,” Ben Wikler, the chairman of Wisconsin’s Democratic Party, said in a text message. “No plans to apply!” 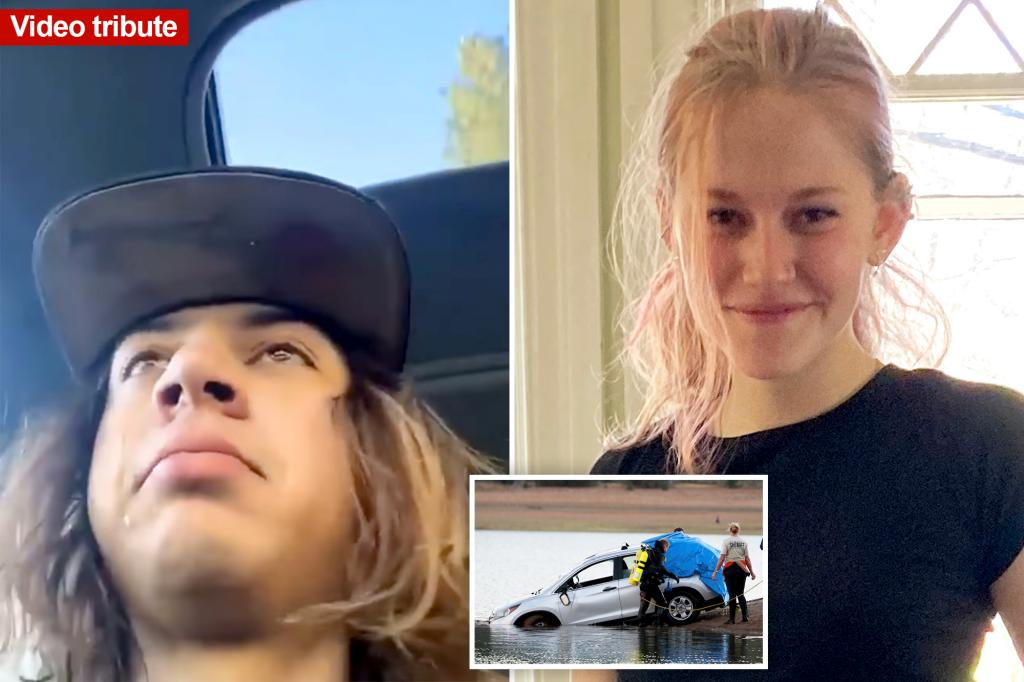 The boyfriend of missing California teen Kiely Rodni on Monday said “it f—ing hurts” to get the grim news after officials said the girl’s body was likely found in a local reservoir. “This was an insanely f—ed up situation and still is insanely f—ed up,” Jagger Westfall, 18, said in a… 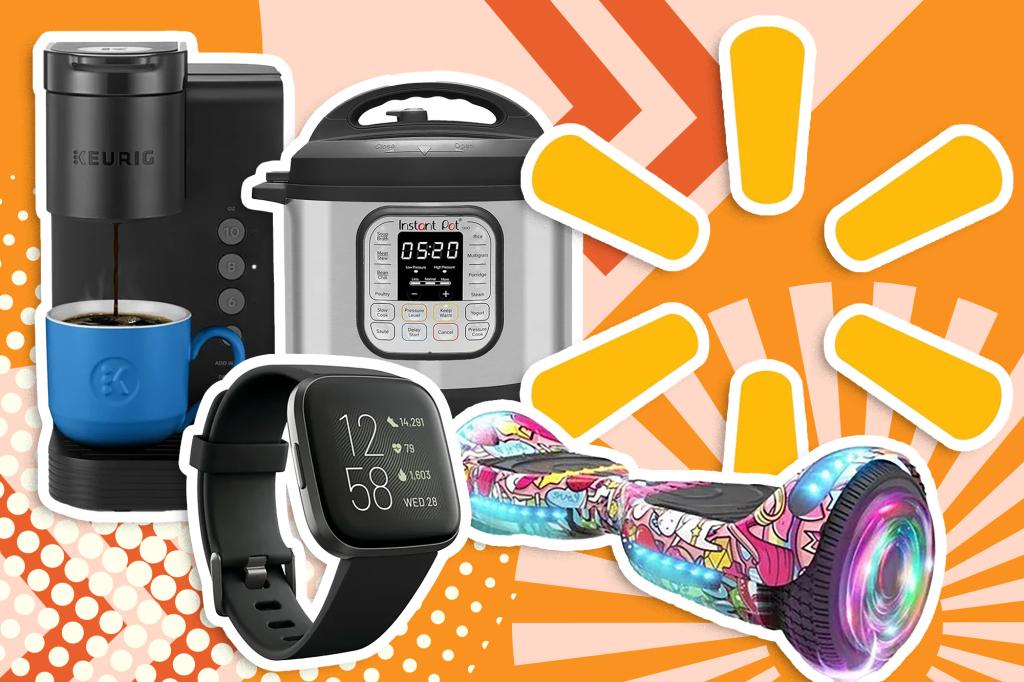 New York Post may be compensated and/or receive an affiliate commission if you buy through our links. We can’t believe it either, but Black Friday is here and bigger than ever at Walmart. Kicking off the Black Friday gifting extravaganza early, Walmart is hosting their annual Black Friday Deals for… 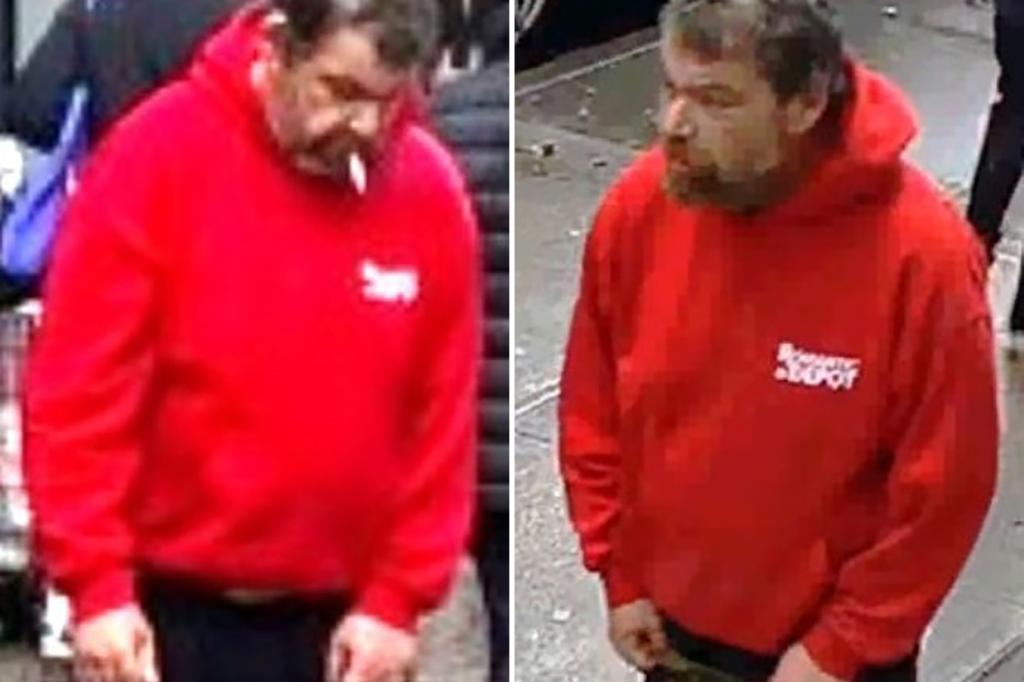 A woman was pushed to the ground by a stranger who called her a “stupid Asian b—h” near Herald Square, cops said Tuesday while releasing photos of the suspected bigot. The hateful creep approached the 56-year-old victim from behind at West 33rd Street and Sixth Avenue around 3:15 p.m. Dec…. 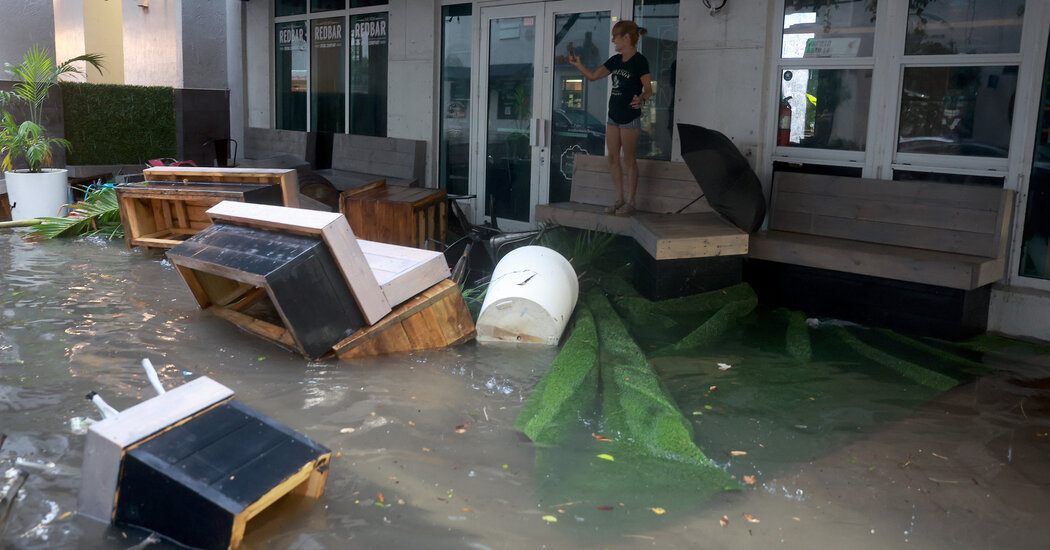 ORLANDO — The first tropical threat of the hurricane season in Florida washed across the state overnight Friday, leaving South Florida residents and local officials to deal with flooding, power outages, stranded vehicles and hours of cleanup, affecting some businesses. In Miami, drivers faced slashing rains and flooded streets in… 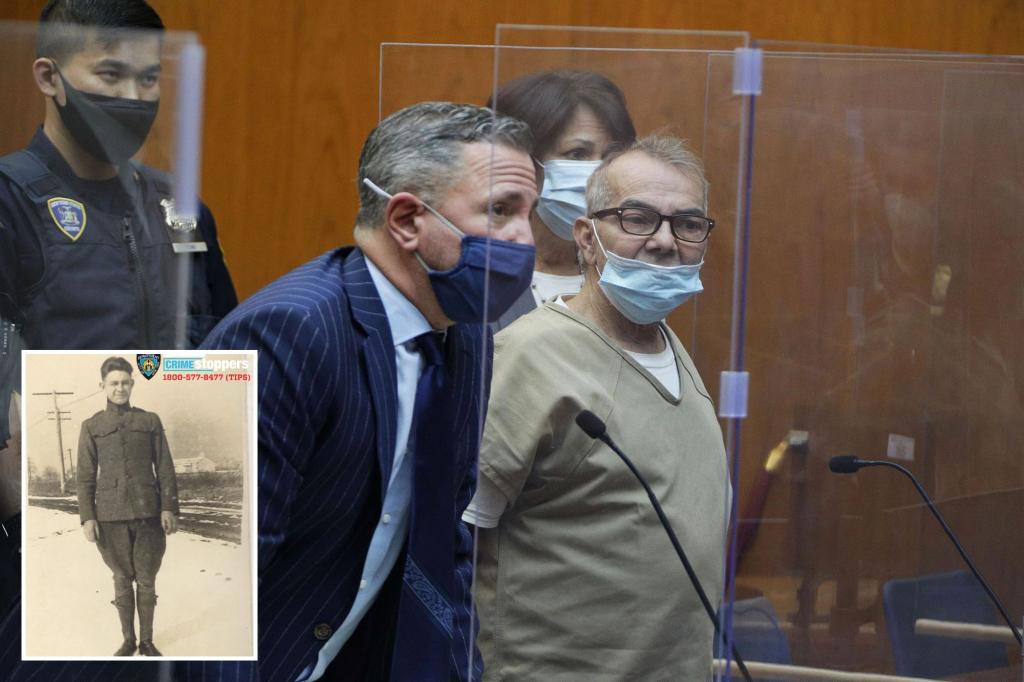 A Queens man pleaded guilty to manslaughter in the killing and dismemberment of a World War I veteran more than 45 years ago. Martin Motta, 75, entered a guilty plea Tuesday in the gruesome cold-case slaying of George Clarence Seitz, whose partial remains were discovered in the backyard of a… 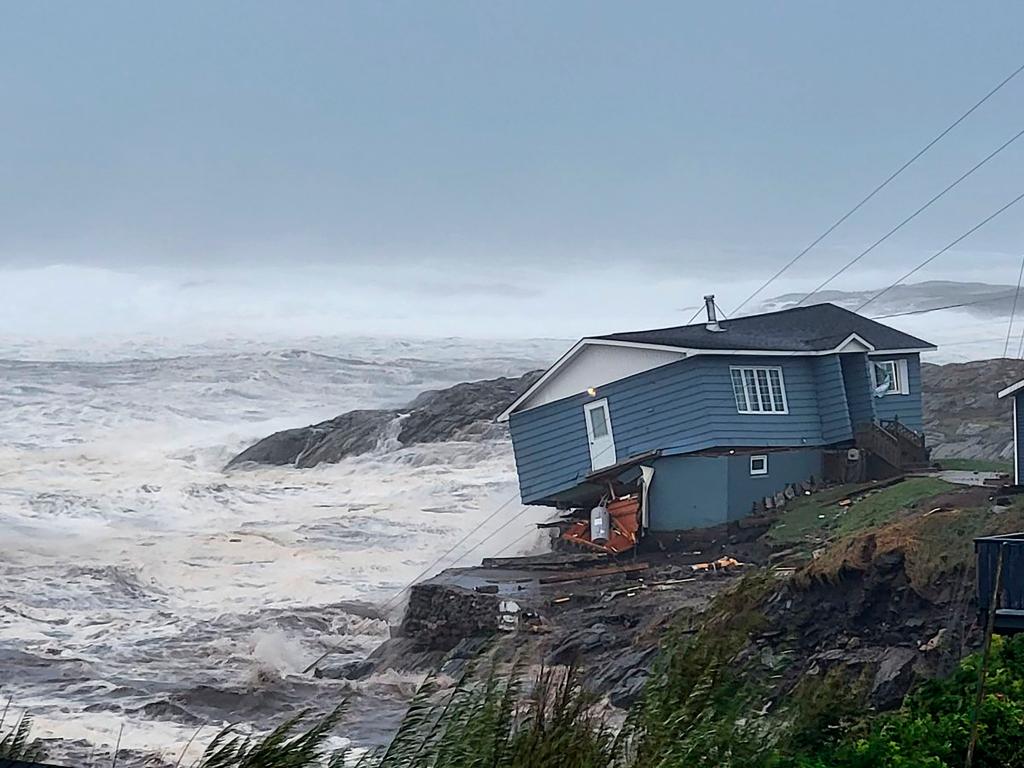 TORONTO — Fiona washed houses into the sea, tore the roofs off others and knocked out power to the vast majority of two Canadian provinces as it made landfall before dawn Saturday as a big, powerful post-tropical cyclone. Fiona transformed from a hurricane into a post-tropical storm late Friday, but it still…