Manchester United starlet Charlie Savage is undergoing a medical ahead of a proposed move to Forest Green.

That is according to Football Insider, who claim that the Welshman will be joining the League One club for the remainder of the season.

With all of the formalities already taken care of, it is only a matter of time before Savage becomes a Forest Green player.

Savage impressed during Manchester United’s preseason tour and was a second-half substitute during the Red Devils’ 4-0 thrashing of Liverpool in the Bangkok Centenary Cup.

In that match, he showed maturity and composure, even when faced with Liverpool’s senior midfielders, with the likes of Fabinho struggling to get near him.

His partnership with Zidane Iqbal, who may also go out on loan before the transfer window closes, was a fruitful one and the pair are known to be good friends.

The have progressed through the academy ranks at United together and form a good combination on midfield whenever they have played in the Under 21s.

Left footed, intelligent, and a decisive passer of the ball, the 19-year-old is an entirely different player to his father Robbie Savage and will hope to enjoy greater success.

For now, Charlie Savage will earn his stripes in senior football in League One.

It will not be an easy climate to walk into for the youngster, with Forest Green dead last in the table, although it is a tight competition.

The newly promoted side, currently without a manager, have struggled this season and will be hoping that their new recruit can help turn the tide.

However Forest Green fare during the second half of their campaign, Erik ten Hag will be keeping a keen eye on the budding young midfielder.

Manchester United are struggling to score goals under Erik ten Hag. The Dutch coach has made significant improvements in defence and midfield since taking over but has not yet got the attacking unit clicking. United are expected to be without the services of Cristiano Ronaldo in January, with reports stating…

Flamengo president Rodolfo Landim has denied rumours that his club is lining up a move for Manchester United striker Cristiano Ronaldo. Landim was speaking to the media on his club’s Copa Libertadores conquest, in which he was pressed about the possibility of bringing Ronaldo to Rio de Janeiro. Landim laughed… 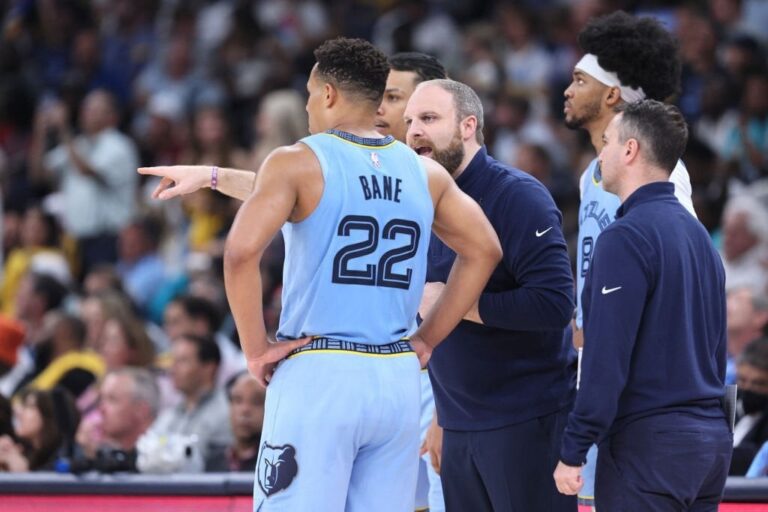 Photo: Andy Lyons/Getty Images Memphis Grizzlies head coach Taylor Jenkins was asked last night if his team has lost any confidence since their Christmas Day defeat to the Golden State Warriors. (via Memphis Grizzlies): “No. We were struggling before we went into that game. The OKC game, the Denver game….

INGLEWOOD, CALIFORNIA – FEBRUARY 13: Aaron Donald #99 and Greg Gaines #91of the Los Angeles Rams react during the fourth quarter of Super Bowl LVI against the Cincinnati Bengals at SoFi Stadium on February 13, 2022 in Inglewood, California. (Photo by Rob Carr/Getty Images) Broncos reportedly about to have new…