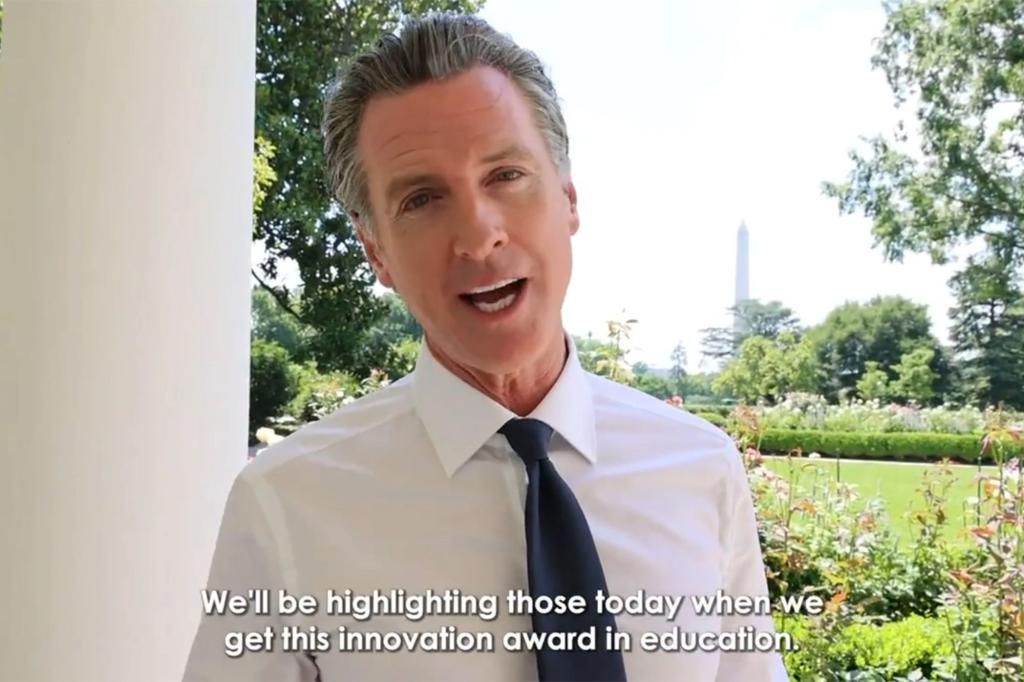 Remember a couple of months ago when Joe Biden was overseas and Gavin Newsom sauntered into the White House like he owned the place, jacket slung over the shoulder oh so casually, TV cameras in the perfect place to capture the moment he opened the door and entered the president’s private lair?

Immediately, tongues wagged that he was there to “measure the drapes,” which was exactly the point.

The Californian governor is being presented as the pretty face to lead a new generation of moderate Dems and their best hope to hold the White House.

In this scenario, a doddering Joe Biden would be shuffled off before his term ended, so Kamala Harris could grab the mantle — hurrah! — as the first black woman president, at least for a few months, and Newsom could set himself up as VP with a rails run into the White House in 2024. At 54, this distant relative of Nancy Pelosi fancies himself as the “youth ticket” to beat Donald Trump.

But not so fast.

Independent transparency non-profit Open the Books has dived deep into California’s finances to unmask Newsom’s backers and the destructive policies they foster, like misguided criminal-justice reforms which have driven crime rates around the nation.

The Newsom section of the Open The Books report, exclusively provided to The Post, is a fascinating glimpse into the ecosystem of liberal political elites that is ripping this country apart and shows how millions in donations to Newsom’s campaign have resulted in billions of dollars worth of contracts.

After a 10-year battle to unlock California’s secretive checkbook and almost 450 open records requests with every state agency, Open The Books discovered that Newsom’s donors often are richly rewarded for their largesse with grants to their foundations and massive tax credits to their companies. Newsom “solicited roughly 1000 state vendors for $10.5 million worth of campaign donations, and those companies or affiliated companies received $6.2 billion worth of worth of state payments last year,” says CEO and founder Adam Andrzejewski.

The woke quartet poured $22 million into progressive criminal-justice ballot measures and progressive DAs over two years, according to Politico.

They spent almost $4 million just to elect far-left Los Angeles County District Attorney George Gascón, who has brought misery to the lives of so many Californians. They opened their Hermes purses again to defeat two recall efforts and keep him in office.

Open The Books has itemized their contributions to support Gascon and his policies.
From Quillin $1.65 million, from Simons $725,000. Delaney gave $448,000 to the Real Justice PAC, which supported Gascón, and Krieger gave $206,500.

The Kriegers founded the Future Justice Fund, whose goal is to end “mass incarceration” because it is racist to put black people in jail. Delaney and Jordan founded the Akonadi Foundation, which is dedicated to “ending the criminalization of black youth” and “supports the development of powerful social-change movements to eliminate structural racism and create a racially just society.”

Akonadi donated $28,200 to Newsom’s reelection. Delaney donated $122,200 to Newsom’s re-election; Jordan donated $89,800 and separately donated $100,000 to the Million Voter Project Action Fund Committee to Oppose Newsom Recall. But the state of California has reciprocated some of this generosity.

For instance, Simons donated $123,200 to Newsom’s reelection, and her private-equity guru husband, Mark Heising, matched it with another $123,200.

California gave back with a grant in 2021 to their Heising-Simons Foundation worth $262,502.40 via UC Berkeley.

Lo and behold, Open The Books found that the California Film Commission looked kindly on Netflix when it came to allotting tax credits. Netflix received more than twice as much in tax credits as did any other company ($60 million in the allotment reported in February 2022).

It’s nice to live in a nepotistic state where the media gives you a free pass. But if Newsom plans on stepping up to the big stage, the Open The Books scrutiny is just a taste of what’s to come.

Alvin Bragg refuses to lock up murderous thugs but he’s more than happy to weaponize the law to strike a political enemy of the Biden administration like former Trump adviser Steve Bannon. In the middle of a violent crime wave in this city, Bragg’s priority today is to indict a resident of Washington, DC.

Shame on the never-Trumper former Pentagon leaders who signed an open letter they must know plays right into the Biden administration’s inflammatory election narrative that Trump voters pose some existential threat to “democracy.”

The letter, which alludes to the January 6 Capitol riot, has been carefully written to be opaque, bordering on incoherent. But the 13 signatories know perfectly well that whipping up “MAGA fear” is the Democrats’ only strategy to stave off a wipeout at the midterms.
The fact that the letter was organized by Duke political science academic Peter Feaver, a fevered Trump-hater and mentor of General “Thoroughly Modern” Milley, makes its intent clear.

Some on the list should know better. Others are beyond redemption.

The Justice Department sued the former casino mogul Stephen Wynn on Tuesday, saying he had made repeated requests on behalf of the Chinese government to Donald J. Trump when he was president and seeking to force Mr. Wynn to register as a foreign agent. In 2017, Mr. Wynn pushed Mr….

Opinion by Riccardo Petrella (brussels) Thursday, June 30, 2022 Inter Press Service BRUSSELS, Jun 30 (IPS) – The writer is Professor Emeritus of the Catholic University of LouvainOn Sunday 19 June, we gathered in Sezano, municipality of Verona (VR), at the Monastery of the Common Good to affirm the need and… 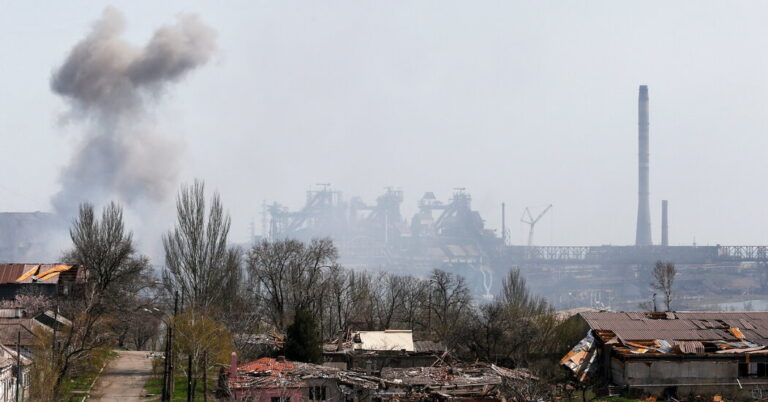 A sprawling Soviet-era steel factory that is sheltering thousands of soldiers and civilians is the last Ukrainian redoubt in the ravaged city of Mariupol, where the battle by Russian forces to take full control of the city appears to be entering its final stages. Russian commanders said Tuesday they were… 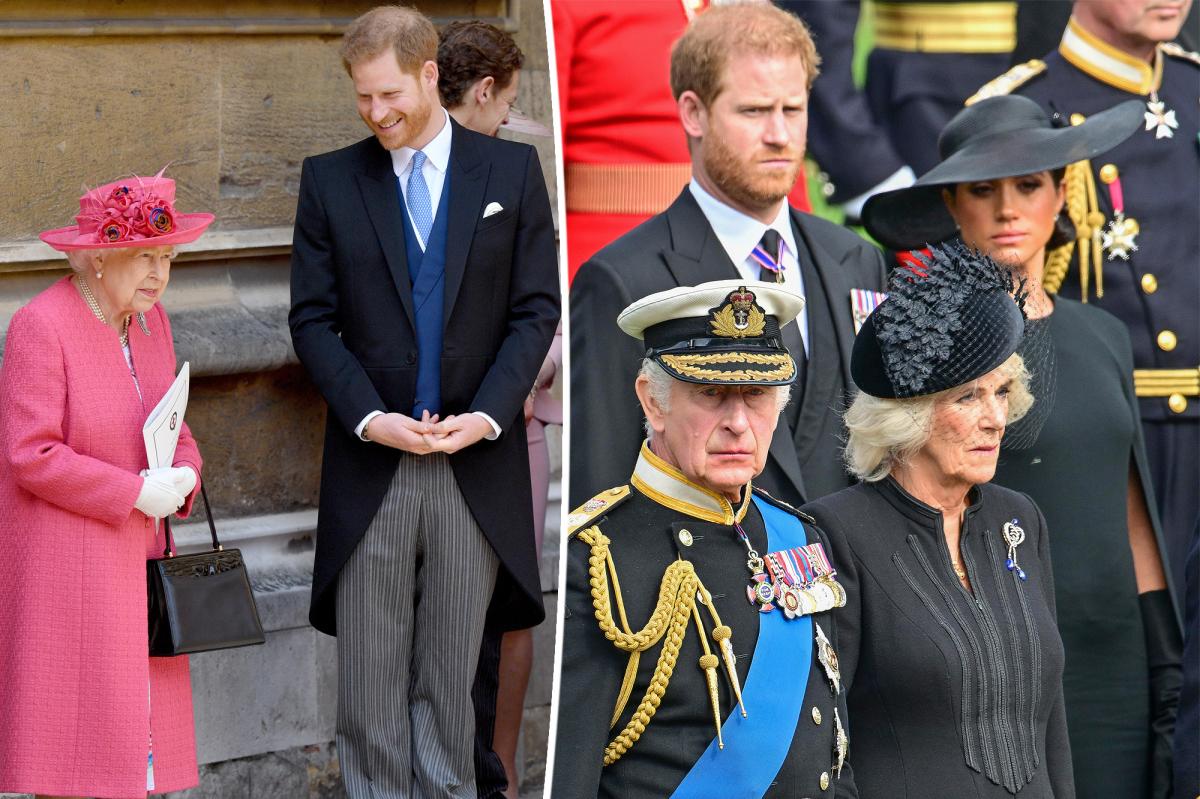 Queen Elizabeth II never gave up hope that Prince Harry would reconcile with his family. “The Queen adored Harry right to the end, and Harry adored her,” royal author Robert Hardman told People in an article published on Friday. “I think she was one of the conduits between Windsor and… 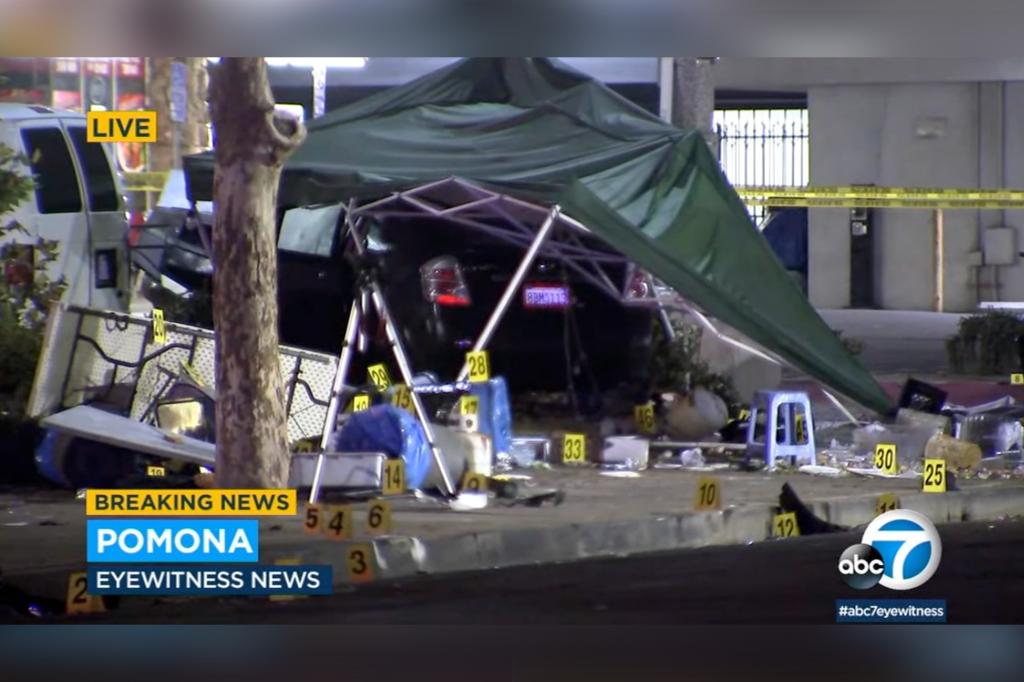 One person was killed and 12 others injured after a driver plowed her car into a California taco stand on Friday. The horrific crash happened around 7:45 p.m. in Ponoma, Calif, located roughly 30 miles east of Los Angeles. Officials said a 26-year-old Ponoma resident fled the area following the…