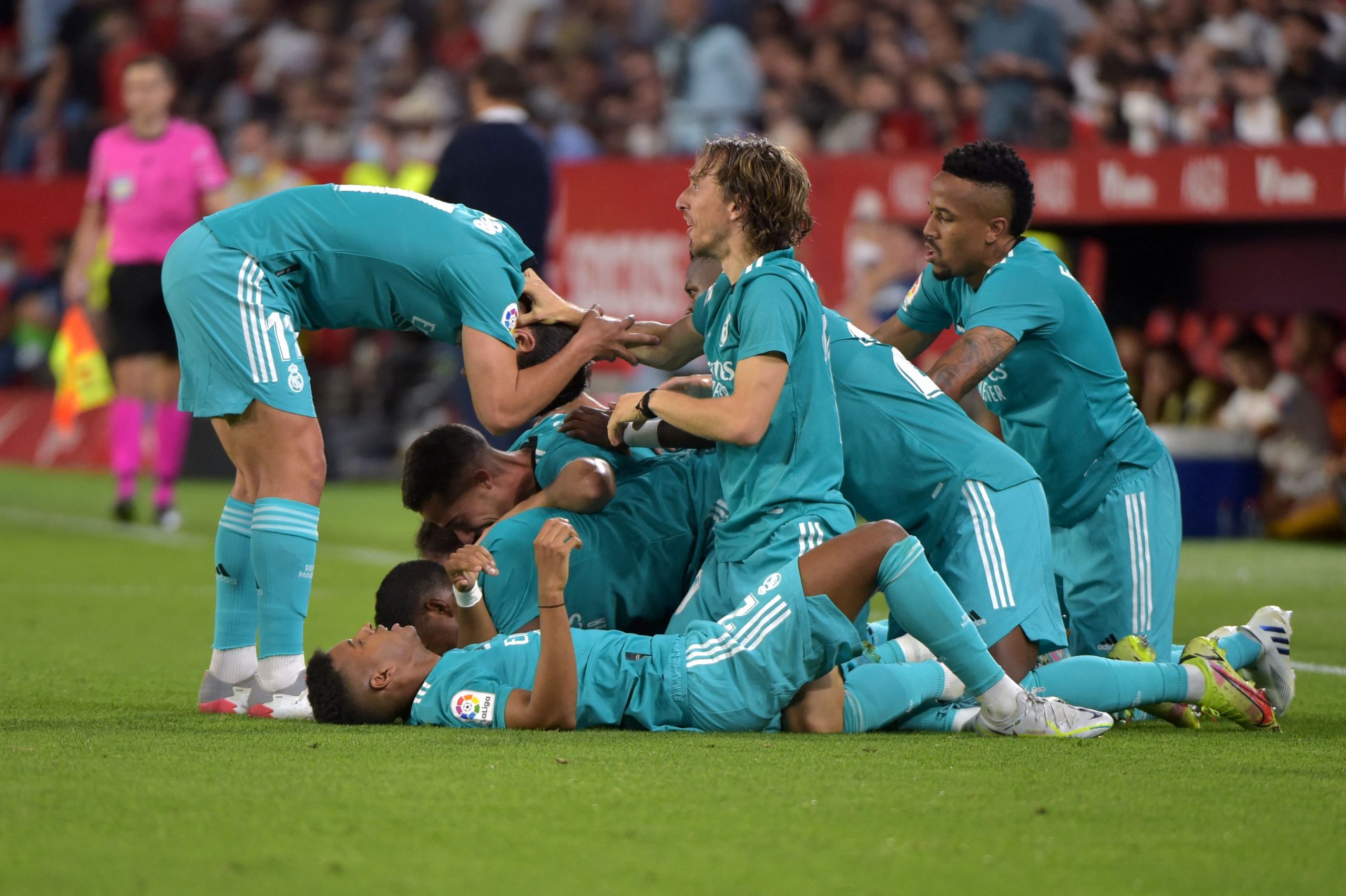 Supporters of Spanish giants Real Madrid have flooded to social media on Sunday evening, to single one player out for special praise on the back of the club’s meeting with Sevilla.

Carlo Ancelotti’s troops, of course, were back in action a short time ago.

Amid the club’s ongoing pursuit of the La Liga title, Los Blancos made the trip to Andalusia, for a meeting with Julen Lopetegui’s high-flying Sevilla.

Real headed into proceedings brimming with confidence, fresh off the back of a remarkable comeback downing of Chelsea in the Champions League in midweek.

And, when all was said and done this evening, the capital giants’ recovery powers were on full display once more, en route to a turnaround 3-2 triumph.

After goals on the part of Ivan Rakitic and Erik Lamela guided Sevilla into a 2-0 lead inside 25 minutes, Real clawed their way back level courtesy of Rodrygo and Nacho Fernandez, to set up a nail-biting final ten minutes at the Ramon Sanchez Pizjuan.

Still 10 minutes to go too 👀 pic.twitter.com/zOQrR5wD8e

And, as they say, cometh the hour, come the man…

As proceedings rolled into injury time, almost inevitably, Karim Benzema ensured that all three points would be heading back to the Spanish capital, keeping his composure amid a chaotic scene in the Sevilla penalty area to slot home a 39th goal of the campaign:

“And that could be the goal that decides LaLiga!” 🗣️ pic.twitter.com/uTIIqR42YH

On the back of the final whistle bringing a close to proceedings at the Sanchez Pizjuan, it should therefore come as little surprise to hear of the name of that man Benzema taking its place front and centre in the headlines.

As alluded to above, though, it is in fact another member of Carlo Ancelotti’s ranks who has been singled out as the true ‘game changer’ in the eyes of many others.

The player in question? Rodrygo.

Youngster Rodrygo was introduced off the bench at the interval in Andalusia, and went on to bag not only Real’s first of the clash, but also the assist for Benzema’s eventual winner.

In turn, the Brazilian has been widely hailed by those of a Blancos persuasion across social media, with just some of the highlights showcased below:

Rodrygo absolutely changed this game. What a performance man.

Rodrygo was fucking incredible today, changed the game single handedly, what a performance my man of the match

Rodrygo coming on in the 2nd half has completely changed the complexion of this game. What a half-time sub!!!

Rodrygo was the game changer in this game. Deserved King of the match.

Shout out to Rodrygo one time 💪🏽 completely changed the game

3 of the most important games this season in which Rodrygo coming on completely changed dynamic of the game in Madrid’s favour.

There was only one team playing in the 2nd half today all due to Rodrygo.

To think some Madrid fans want him out is crazy pic.twitter.com/TnDg4WeTPM 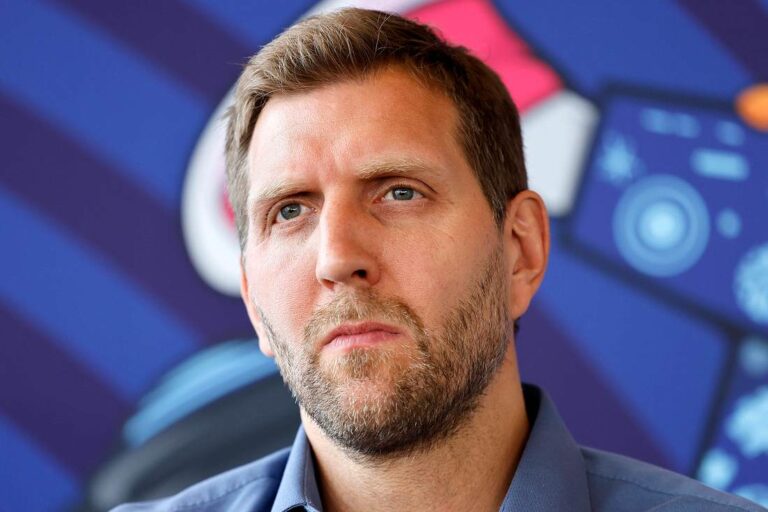 Foto: IMAGO / Panama Pictures 14-time NBA All-Star Dirk Nowitzki looks back on a challenging time in his life: hiring a private investigator in 2009 to learn that his then-fiancée Cristal Taylor had a sketchy past, leading to her arrest for fraud. The Dallas Mavericks legend says he was shocked…

The NFL and NFLPA issued a joint statement discussing the Tua Tagovailoa situation, agreeing that “modifications are needed to enhance player safety.” While there is still much to be understood and explored in what happened to Tua Tagovailoa and whether or not there have been missteps in his medical care,…

Confirmed by Fabrizio Romano but not yet announced by the club, Manchester United have made their first signing of the January transfer window with Jack Butland arriving on a six-month loan deal from Crystal Palace. The England international passed his medical on Thursday and put pen to paper on an…

Nov 13, 2022; Miami Gardens, Florida, USA; Miami Dolphins running back Raheem Mostert (31) takes the field prior to the game against the Cleveland Browns at Hard Rock Stadium. Mandatory Credit: Sam Navarro-USA TODAY Sports Week 12 of the fantasy season is here, and each matchup is becoming more important…

Tampa Bay Buccaneers quarterback Tom Brady remains absent from the NFL preseason, and as far as head coach Todd Bowles knows, his return date is uncertain.  Maybe it was the three-month long retirement or unabashed promotion of his BRADY clothing line, but Tom Brady has made it fairly evident that…

Manchester United failed in an attempt to sign Benjamin Pavard from Bayern Munich. L’Equipe reports that the Red Devils had earmarked the Frenchman as a possible addition early on in the window. They were not alone, with Chelsea, Atletico Madrid, and Juventus all eyeing Pavard as well. United are said…