4. Before filming, Murray took Duff out for a coffee “just to get to know her and work with her so we could create some sort of relationship between each other so it would be easier on set,” the One Tree Hill star explained to Black Film.

5. Years later, Duff admitted to having a crush on her older co-star, telling Cosmopolitan, “I definitely had a crush on him. We had a few kissing scenes in the movie and I remember feeling pretty nervous about that, but then we became friends and I wasn’t so nervous anymore.”

6. Before Murray signed on, Austin Ames didn’t have much of a backstory, with Murray suggesting the conflict between the popular jock and his father over following in his footsteps to play football at USC.

“I sat down and I talked to the producer and director and said, ‘Guys, we should really grow on this storyline. I think having two storylines meet in the middle with two people who aren’t happy that find each other and become happy, I think that that’s interesting,'” Murray told Black Film. 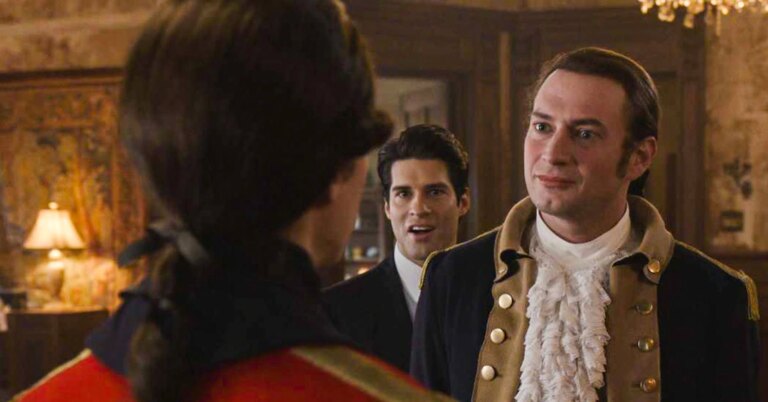 After centuries—and an entire season of television—of silence, Isaac (Brandon Scott Jones) finally shared his truth on Ghosts. During the April 21 finale, Isaac, the ghost of an American Revolutionary War captain, thought that his longtime crush (and former war rival) Nigel (John Hartman) had been “sucked off.” For the record,…

This photo is burnin’ up for all the right reasons. Priyanka Chopra Jonas and her 10-month-old daughter Malti, who she shares with husband Nick Jonas, have already begun to ring in the Christmas season. As seen in a snap shared to Priyanka’s Nov. 10 Instagram Story, the actress and her…

David Beckham and daughter Harper Seven are truly best friends.   The legendary soccer player, 47, and his daughter, 11, enjoyed a sweet night out together to see The Weeknd perform in concert at the Hard Rock Stadium in Miami on Aug. 6. The dad and daughter duo filmed one another throughout the…

Bruce Willis has still got game. Almost three months after the actor’s family shared he was diagnosed with aphasia, his wife, Emma Heming, posted a video of the Die Hard alum playing basketball with a group of friends.  In the May 23 Instagram Story, captioned, “I see you BeeDub,” Bruce, 67, could be seen catching a bounce pass from…

The Golden Globes are back! After taking a year off amid controversy surrounding the Hollywood Foreign Press Association's lack of diversity, the annual award show telecast returned to TV Jan…. Check out our Latest News and Follow us at Facebook Original Source